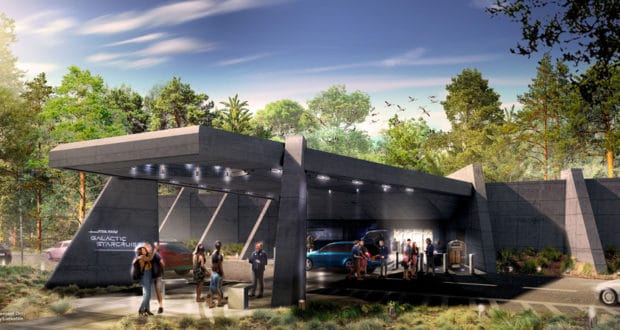 For those who are Star Wars fans and  Galaxy’s Edge is not enough to help their Star Wars fix Star Wars Galactic Starcruiser is something many Guests are excited for. The concept art has been breathtaking, and Disney is going to wow Guests yet again. There has been a new permit that shows that Walt Disney engineers are wrapping up construction on the hotel’s exterior. There will likely be months of tests and rehearsals for Cast Members before it officially opens in Spring 2022. 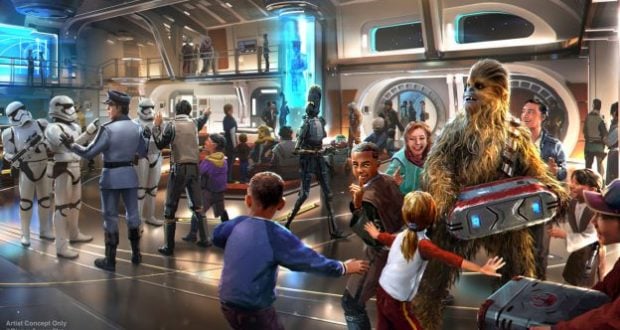 Walt Disney World has announced pricing will start at $4,809 for two Guests which will be just over $1,200 per Guest per night for this two day experience. Many Guests say that it is overpriced, but we all know that hardcore Star Wars and Disney fans will pay that and it book up very quickly. Star Wars Galactic Starcruiser is so much more than just a hotel, it is an experience that is unlike anything any of the theme parks have ever done before. It will be a fully immersive experience, and we know that Disney will not disappoint. Many say this is like a cruise but on land, so you won’t have to worry about getting seasick or needing your passport to leave the country. Although you are leaving the Galaxy, for your convenience, you won’t need any visa. All you’ll need is your sense of adventure and the mindset of having fun and relaxing on your vacation. 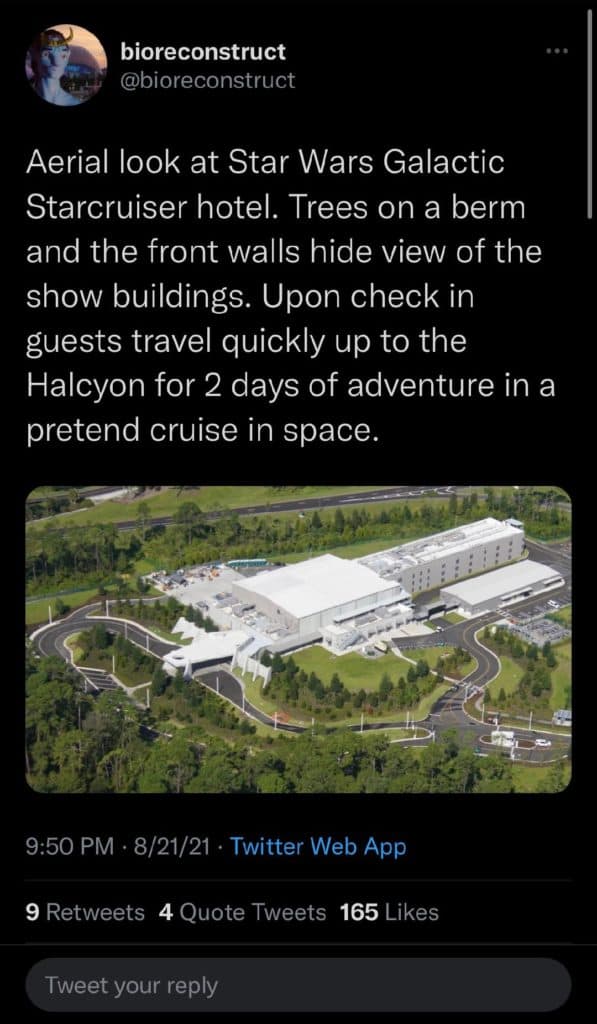 Thanks to bioreconstruct for Showing this aerial view of construction. Disney has been putting trees along the sides of the building so Guests cannot see construction progress as many are hoping to get a glimpse of what this looks like. 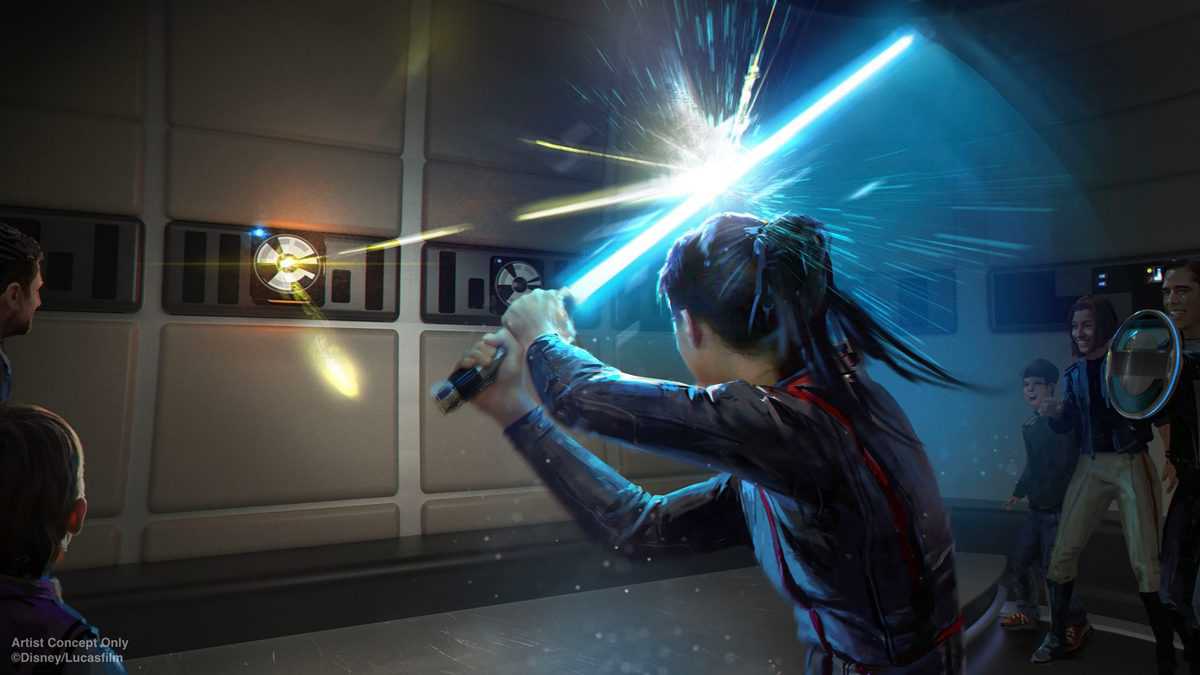 Are you planning on taking a trip to a galaxy far, far away when this new experience opens? Leave your comments and thoughts below.