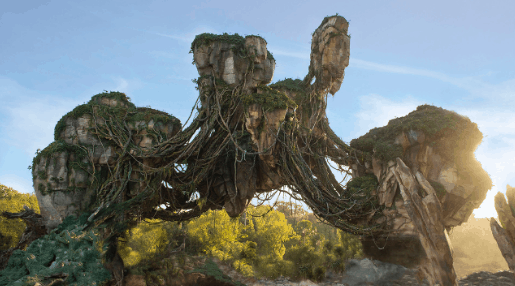 Pandora – World of Avatar is set to open in May at Disney’s Animal Kingdom in Walt Disney World.  This opening has been much anticipated for years as we watched the development and story progress with the new, mystical land.  With a new land means that new costumes are needed for the cast members in order to fit into the perfectly themed land.  Thanks to All Ears, we have been able to catch a glimpse of what some of the new costumes and name tags will look like for the cast members that will be in Pandora.  From what we have seen, it looks like purples and blues will be a strong influence in the costume color palate.  Check out some of the pictures below: 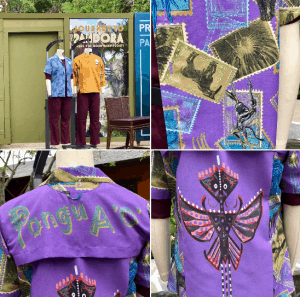 The name tags are really cool and totally different than the name tags that you see on the rest of the cast members throughout Walt Disney World.  These name tags mention EARTH as place of origin as well as show the ACE (Alpha Centauri Expeditions) logo and “Pandora – The World of Avatar” instead of the castle and “Walt Disney World” listed. 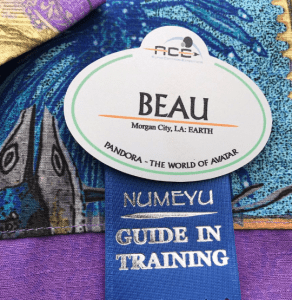 The opening is expected to set record-breaking attendance levels for Animal Kingdom.  Disney has since added additional bus lanes and started preparations for the additional traffic.  We can’t wait to see this land finally open!

Photo and Source Credit:  All Ears