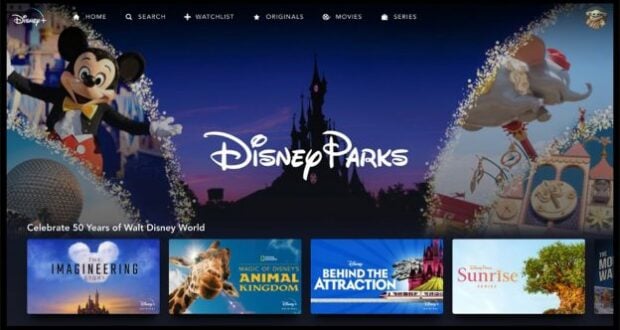 If you are looking for new things to watch, Disney+ has you covered. Rex Rainey shared with Disney Parks Blog new additions coming soon:

Along with favorites, the collection features “The Most Magical Story on Earth: 50 Years of Walt Disney World” which takes viewers on a fascinating journey of the Walt Disney World Resort that even includes a special look into the future.

Hosted by Disney Legend and moderator of ABC’s “The View,” Whoopi Goldberg, the two-hour program features spectacular visuals and musical performances from Christina Aguilera and Disney’s “The Little Mermaid” Halle Bailey in front of the legendary Cinderella Castle at Magic Kingdom Park, accompanied by the renowned Orlando Philharmonic Orchestra; as well as interviews with iconic actors, actresses and athletes, Walt Disney World cast members, Disney Imagineers and executives past and present, who have all played their unique part in sprinkling pixie dust over “The Most Magical Place on Earth.”

Get excited for your next visit to Disney Parks by watching the classics and new favorites on Disney+ with curated watchlists inspired by your favorite stories and characters throughout Walt Disney World Resort and Disneyland Resort. Watchlists can be found by downloading the official Disneyland Resort app, the Walt Disney World My Disney Experience app, and at Disneyworld.com!

You can explore Disney+ content from home while you plan your upcoming trip—or download to your device to enjoy on-the-way—with memorable collections, now available for streaming on Disney+.

Available for iPhone, iPad and smartphones for Android. Message, data and roaming rates may apply. Availability subject to handset limitations and features may vary by handset or service provider. Coverage and app stores not available everywhere. If you’re under 18, get your parents’ permission first. Apple, the Apple logo, iPhone, and iPad are trademarks of Apple Inc., registered in the U.S. and other countries. App Store is a service mark of Apple Inc. Android and Google Play are trademarks of Google Inc.

Don’t forget to mark your calendars for Disney+ Day, coming up on November 12th! Be sure to check out all the content on November 12th, including “Jungle Cruise” streaming for all subscribers.