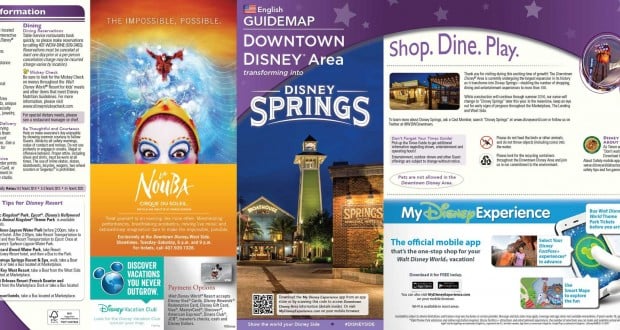 Walt Disney World has been opening more and more exciting, themed dining locations at Disney Springs as the entire area is re-constructed and re-envisioned.  Disney Parks Blog has announced two new restaurants already in the works, which are expected to open at Disney Springs in 2018.  These new restaurants are Jaleo and another Wolfgang Puck restaurant.  We have the details that have been released thus far on each of the concepts, below.

Jaleo will be created by Chef Jose Andres’ ThinkFoodGroup.  It is expected to open in the West Side area.  It will feature flavors from Spain that will bring together the flavors from different regions and styles throughout Spanish cuisine.  There are currently 5 locations of the restaurant in the United States and Mexico City and the Florida location will be the first and only for the state.  There will also be a section of the restaurant where guests can grab quick items to take with them to eat, or guests will be able to stay and dine for a table-service dining experience.

Wolfgang Puck Bar & Grill is expected to open in the Town Center area of Disney Springs.  This will be a more modern take on the traditional bar and grill type of restaurants with a bit of farmhouse type of theme.  It is meant to have the same kind of vibe that Spago (the first Puck restaurant) in Los Angeles has.  It will feature many of Wolfgang Puck’s signature dishes from the restaurant and some of his other restaurants.  It is expected to be a more modernized version of comfort food.

What do you all think of these newly announced restaurants?  Which one are you most excited for?