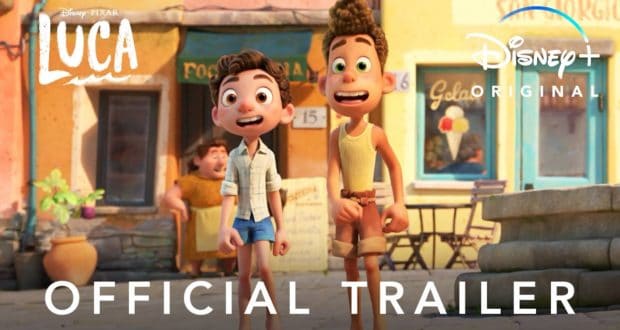 Disney and Pixar have worked up a new film called “Luca” that we’re all impatiently waiting to release this summer! This new comedy-fantasy film was originally set to be released in theaters on June 18, but instead Disney has announced it will be released on Disney+ with no extra charge. The newest trailer has been released. Check it out below!

As shared via Pixar YouTube: “This summer, you’re invited to Portorosso. Watch the new trailer for Disney and Pixar’s Luca and see the film June 18 on Disney+.”

This seaside town called Portorosso, is the perfect place for Luca and his best friend, Alberto, to enjoy their land legs. The trick will be keeping the fact that they are sea monsters a secret! Mark those calendars for June 18 Disney fans, as this will be a fun one for the whole family.