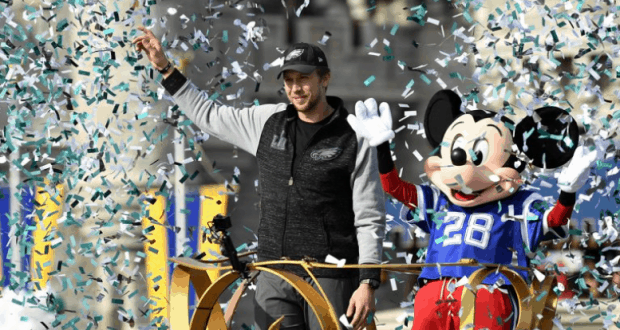 We all got to watch a true Cinderella story during the Sunday night Super Bowl game when the Philadelphia Eagles won out over the New England Patriots.  The final score was 41-33 when the game ended in Minneapolis. This was the first win in Super Bowl history for the Philadelphia Eagles, so it was definitely a huge celebration for the team. The Eagles’ quarterback, Nick Foles, was named the MVP for the Super Bowl.  After the win, he paused with his family to say the traditional phrase, “I’m going to Disney World,” which will appear in a television ad.  He ended up doing just that and took his family to Walt Disney World to celebrate at the “Happiest Place on Earth.”

Foles brought his wife and baby daughter to the park.  He appeared in the parade at Magic Kingdom with Mickey Mouse and other Disney characters.  It was a magical celebration, followed by fun in the parks with his family.  He was able to enjoy attractions at Magic Kingdom and Disney’s Animal Kingdom.

Nick Foles was actually the backup quarterback for the team.  He took over the role as quarterback in December and ultimately led the team to victory.  He had a total of 373 passing yards during the game and threw 3 touchdown passes.  He also caught a touchdown pass, which made him the first quarterback ever to do that in Super Bowl history. 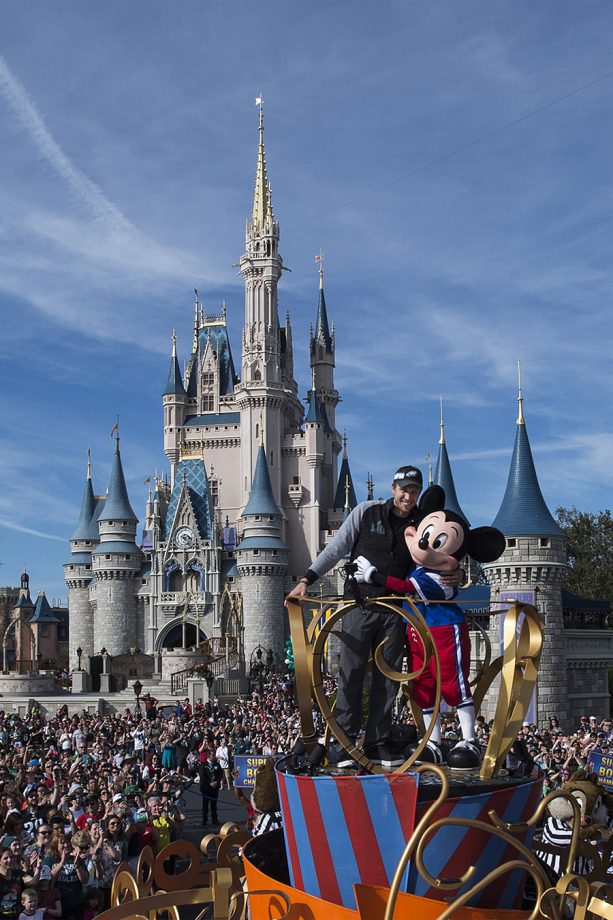 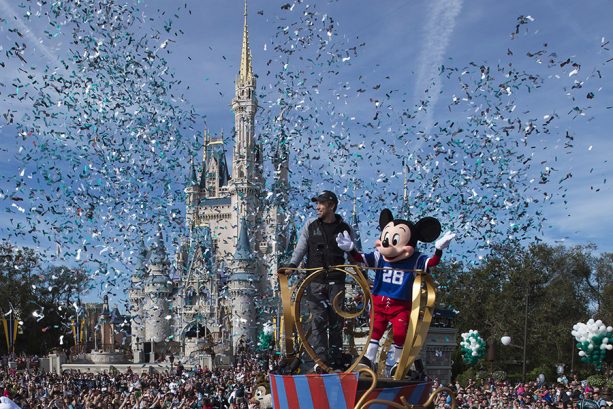 Here is a shot of him enjoying Big Thunder Mountain:

Check out this video released by Disney Parks Blog of Nick Foles in the parade:

Who was there today to see this amazing celebration in person?