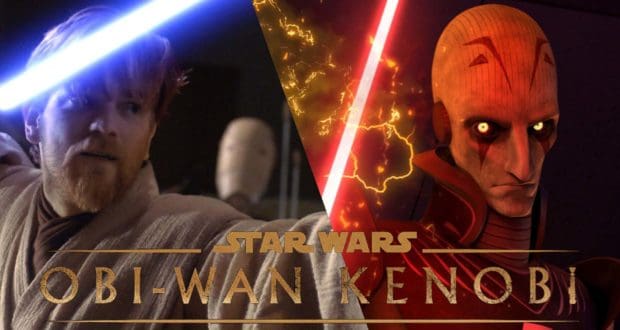 It looks like the new Star Wars Disney+ series Obi-Wan Kenobi will feature the villainous inquisitors.

It seems that Obi-Wan will dual an Inquisitor in an epic lightsaber battle.  It is unclear if these inquisitors will be ones that we have previously seen in Star War: Rebels, Jedi Fallen Order or if they will be new characters all together.

Inquisitors are former Jedi who surrendered to the Empire during The Great Purge, and even helped to complete Order 66.  It seems to line up as we already know Darth Vader will be a big part of the series and the inquisitors were a group led by him.

The new series takes place mostly in Tattooine between Revenge of the Sith and A New Hope.  We all look forward to what is being advertised as “the rematch of the century” between Kenobi and Vader.