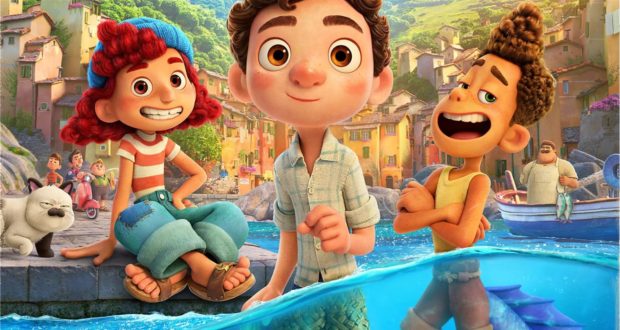 Our Review: “Luca” – A Wonderful Addition to the Pixar Family

As movie theatres continue to open across the country, Disney+ has continued with releasing movies directly to their library and last week saw the addition of the newest Disney-Pixar feature, “Luca.”  Unlike “Cruella” and the forthcoming “Black Widow,” this movie was made available without fans and subscribers needing to pay an extra access fee for the movie.  So, if families are looking for a movie for this weekend, “Luca” is an amazing choice! 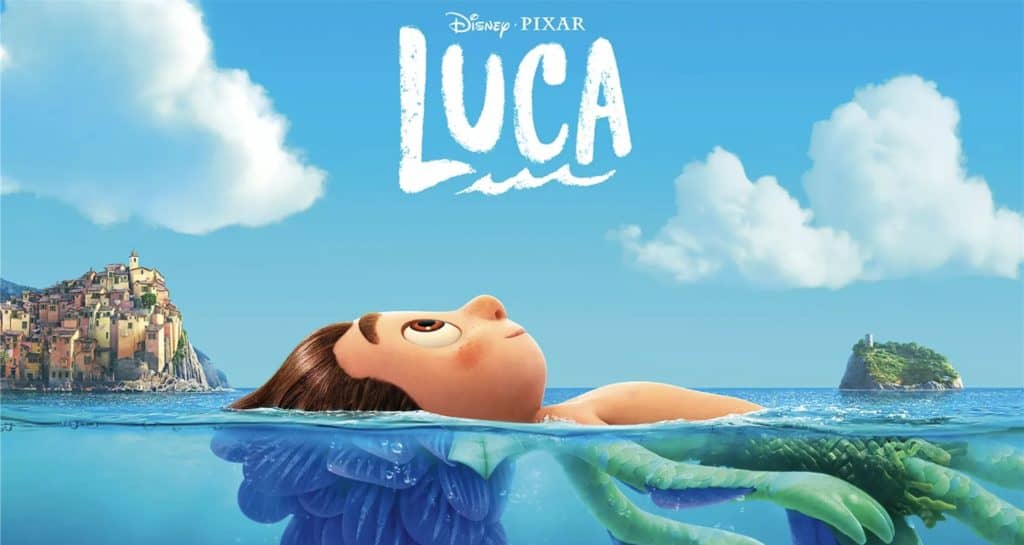 “Luca” explores the story of sea monsters in 1950s Italy that are also amphibious and can take human form when they are on land.  The story centers on the titular Luca, a young boy, and his desire to explore more than his underwater home.  The opening minutes showcases some amazing animation as we see undulating underwater plants and other sea life.  Quickly, we are introduced to Alberto, another sea monster, close in age to Luca and he is able to teach Luca how to exit the water and then also introduces Luca to the world above water. 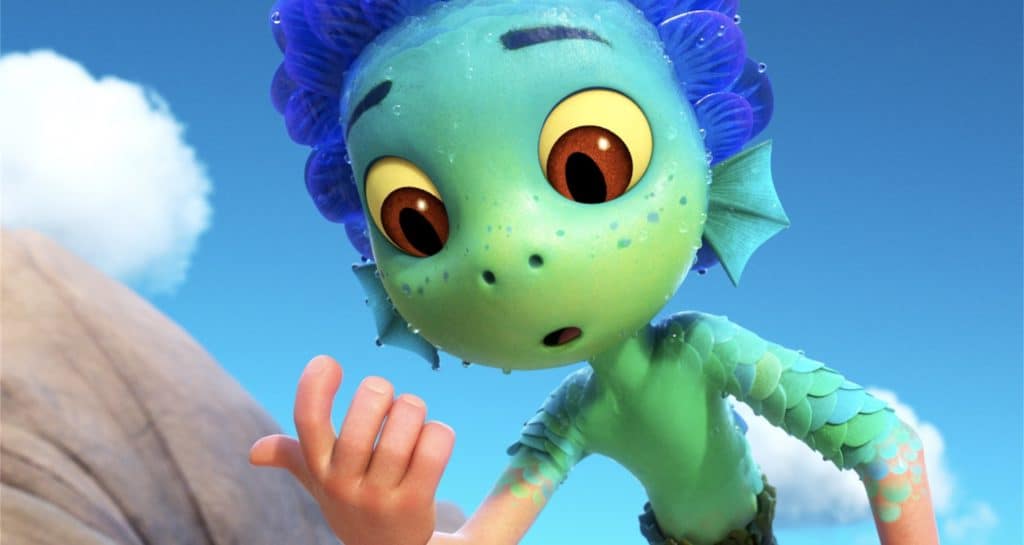 Alberto lives on an island while also collecting things he finds on the bottom of the sea.  Luca and Alberto beginning spending time together and quickly focus on a dream of building their own Vespa.  There is a tower on the island that the two climb atop of and find the nearby town of Portorosso where they decide to go to be able to find their own authentic Vespa. 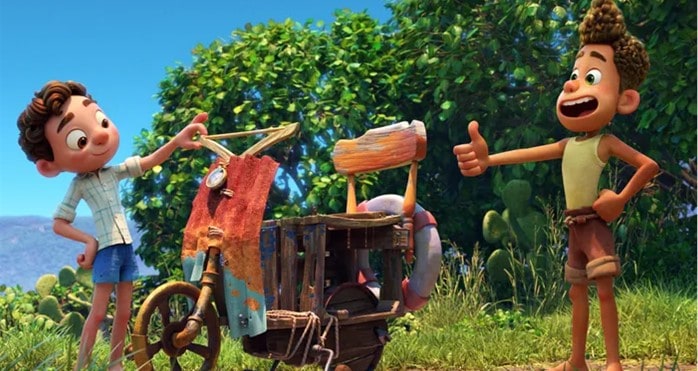 The movie quickly becomes a literal fish-out-of-water story as Luca and Alberto have to avoid any situation where they come in contact with water because that brings back the scales and bright coloring of their true sea monster selves.  In their quest to get their Vespa, they befriend a local loner, Guilia, who is staying with her father for the summer.  The trio quickly become friends and Guilia tells the boys about the local triathlon known as the Portorosso Cup which challenges participants to swim, eat a bowl of pasta, and bike to the top of town and race back to water. 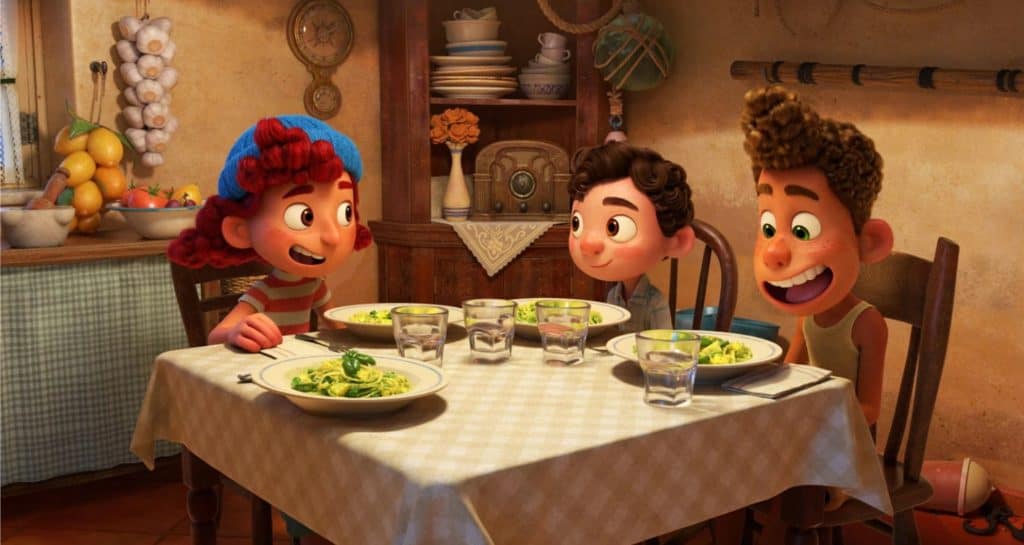 The three train to win the race and the prize money, but while training Luca and Guilia begin forming a deeper friendship and Luca wants to leave behind the water and go with Guilia to boarding school after she introduces him to a book about the solar system.  His desire to abandon the water upsets Alberto to the point that he reveals to Guilia and other townspeople that he is a sea monster. 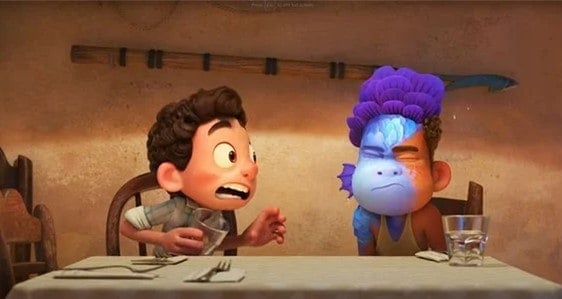 The movie reaches it peak with the running of the Portorosso Cup which finds Guilia and Luca not participating as a team and running the race individually.  Without spoiling who wins the race, the movie ends with a satisfying conclusion for all of the characters and had us reaching for a tissue as the credits began to roll. 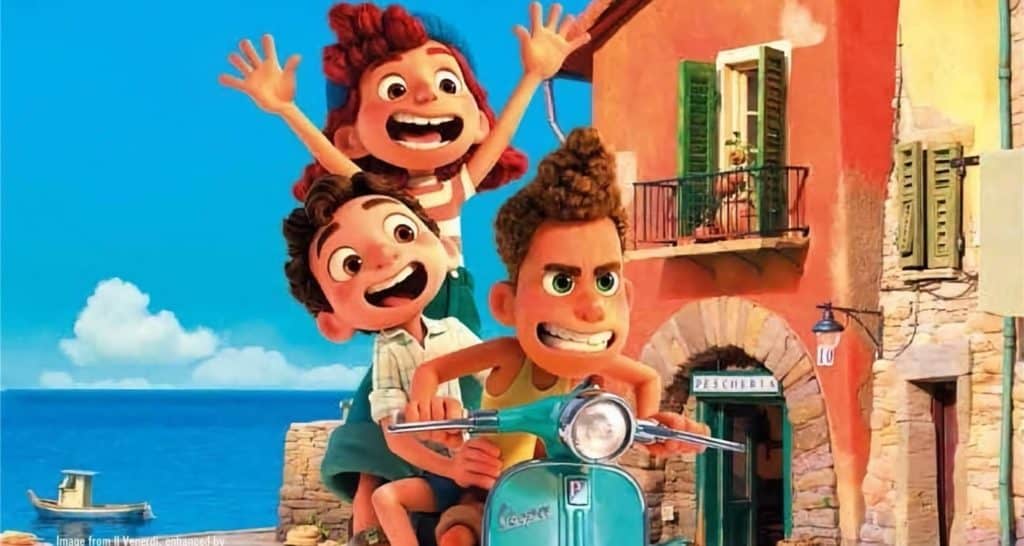 Throughout the course of the movie, Luca learns valuable lessons about the importance of friendship, following your passion, as well as the value of family.  His parents and his grandmother discover that Luca has been going to the surface and also head to the town to save Luca and protect him from the sea monster-hating townspeople. 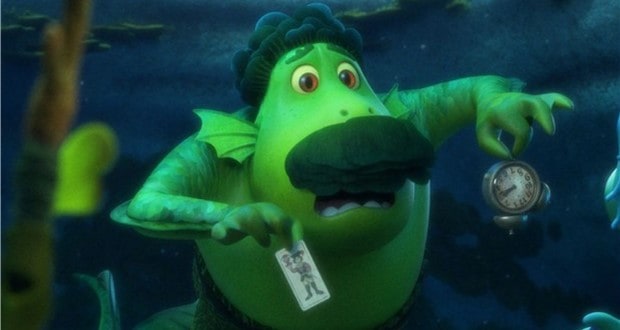 With it an open secret that the Pixar movies take place in the same universe, we spent a portion of the movie looking for a connection to the larger universe, but were not able to immediately spot one, but will definitely be keeping our eyes peeled on future viewings.  Of the recent Pixar offerings — “Onward,” “Soul,” and this, we feel that “Luca” is the strongest of the three as entertains, empathizes, and educates in a runtime of just around ninety minutes.  We certainly hope that Pixar continues to churn out movies with the same emotional heart and humor that this movie had.

Have you seen “Luca” yet?  What were your thoughts?  And for any runDisney fans out there — who wants to see a Disney World version of the Portorosso Cup?  I’m thinking some laps at Stormalong Bay at Yacht and Beach Club, a run over to the Italy Pavilion, and needing to eat a few slices at Via Napoli before having to run back over to the pool and the race ends with a thrilling ride down the waterslide from the ship?