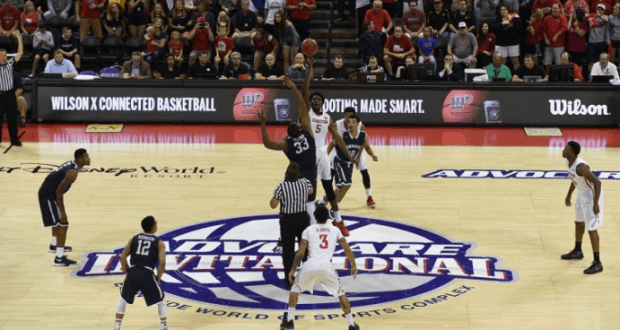 If you are a basketball fan, then you may want to check out some of this latest news about Walt Disney World!  Around Thanksgiving 2018. the AdvoCare Invitational will be held at ESPN Wide World of Sports.  The tournament will run from November 22nd through 25th.  It will include a loaded field lauded by college basketball experts as one of the most competitive preseason tournaments in the nation this year.  Three of the 8 teams that will be there are ranked in the pre-season top 25 polls including teams (Florida State, LSU and 2018 NCAA National Champion Villanova).  The other 5 teams are Alabama-Birmingham, Canisius College, College of Charleston, Memphis and Oklahoma State.  Basketball fans definitely have the chance to check out some of their favorite teams.

The tournament will feature 12 games that will take place over the three days.  Each team will compete in one game per day. The championship game for the AdvoCare Invitational will be held on November 25th, 2018.

If you want to attend the event, tickets can be purchased at  ticketmaster.com for the AdvoCare Invitational.  You will want to get yours while you can!

Who out there would love to attend the AdvoCare Invitational at Walt Disney World?