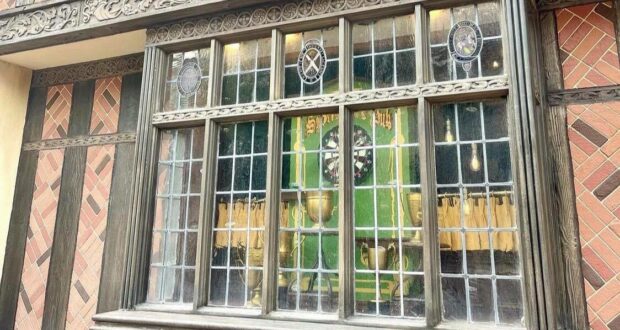 There are so many new additions at EPCOT for the 50th Anniversary of Walt Disney World. This one may not be as flashy as a new firework show or attraction, but it is still worth checking out. Imagineer Zach Riddley shared on Instagram something new you can see in the United Kingdom Pavilion: 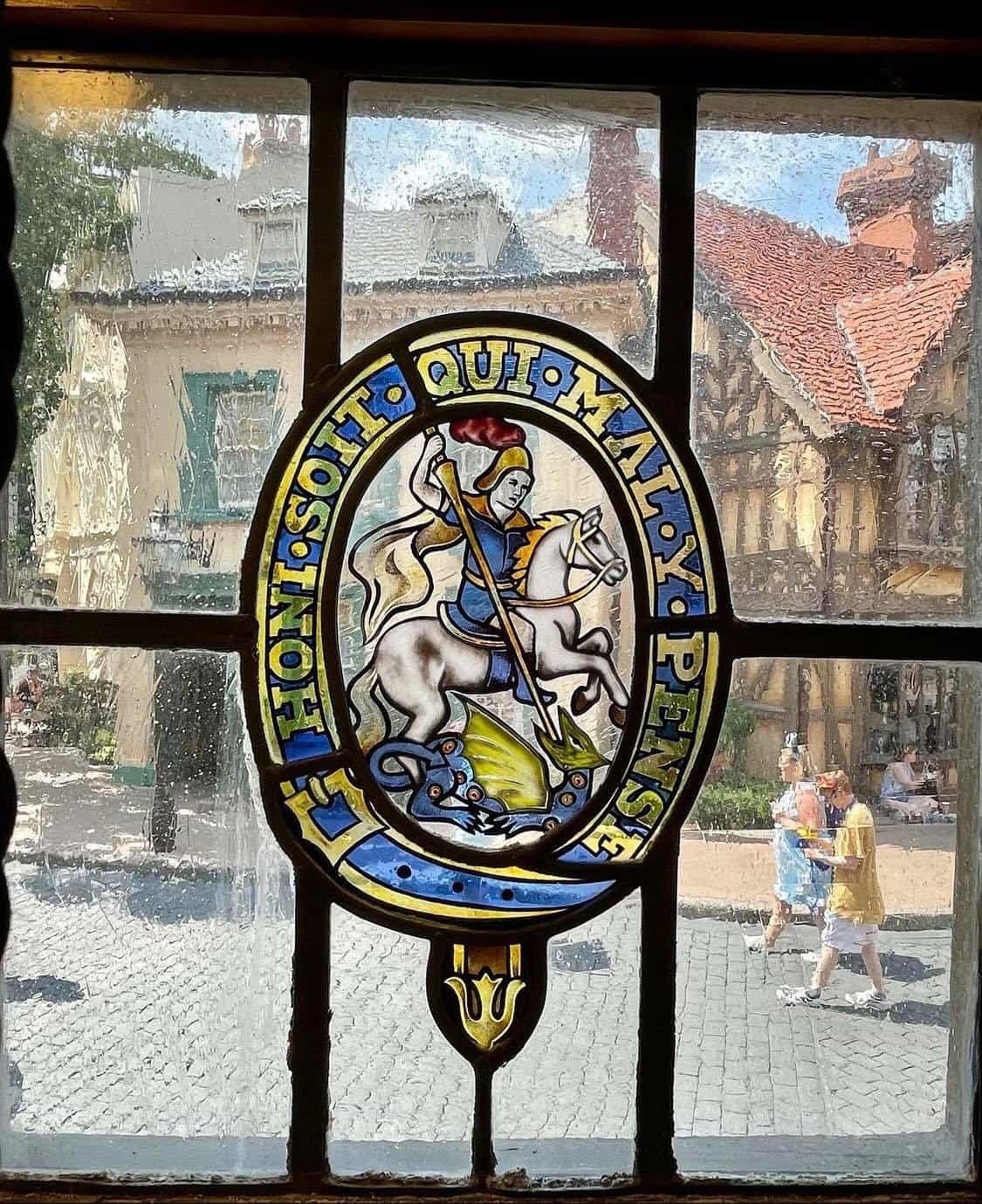 “The United Kingdom pavilion is unique in that it represents a region, as opposed to just one single country. This pavilion represents the countries of England, Wales, Scotland, Northern Ireland, and the Channel Isles. As we stroll through the area, it’s easy to see the different nods to each country and the unique culture left by the original Imagineers who designed this pavilion.

The clearest visuals are found in the ground-level windows of The Crown & Crest. This shop has three stained glass pieces that showcase the mottos of the British, Scottish, and English Orders of Knighthood. 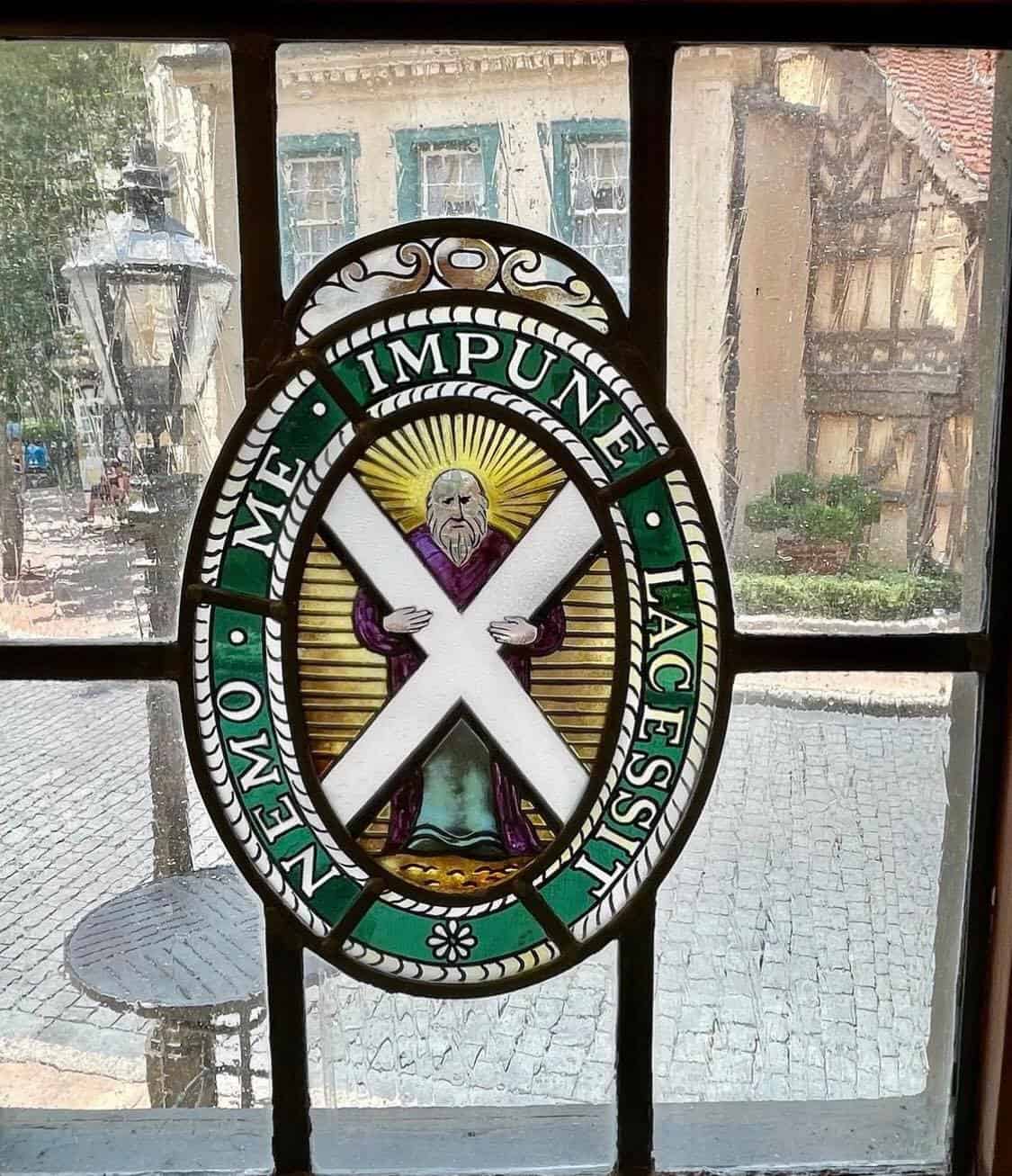 Stained glass making is painstaking work – but it’s these historic details rendered in traditional materials that give rich depth and original artistry to EPCOT. 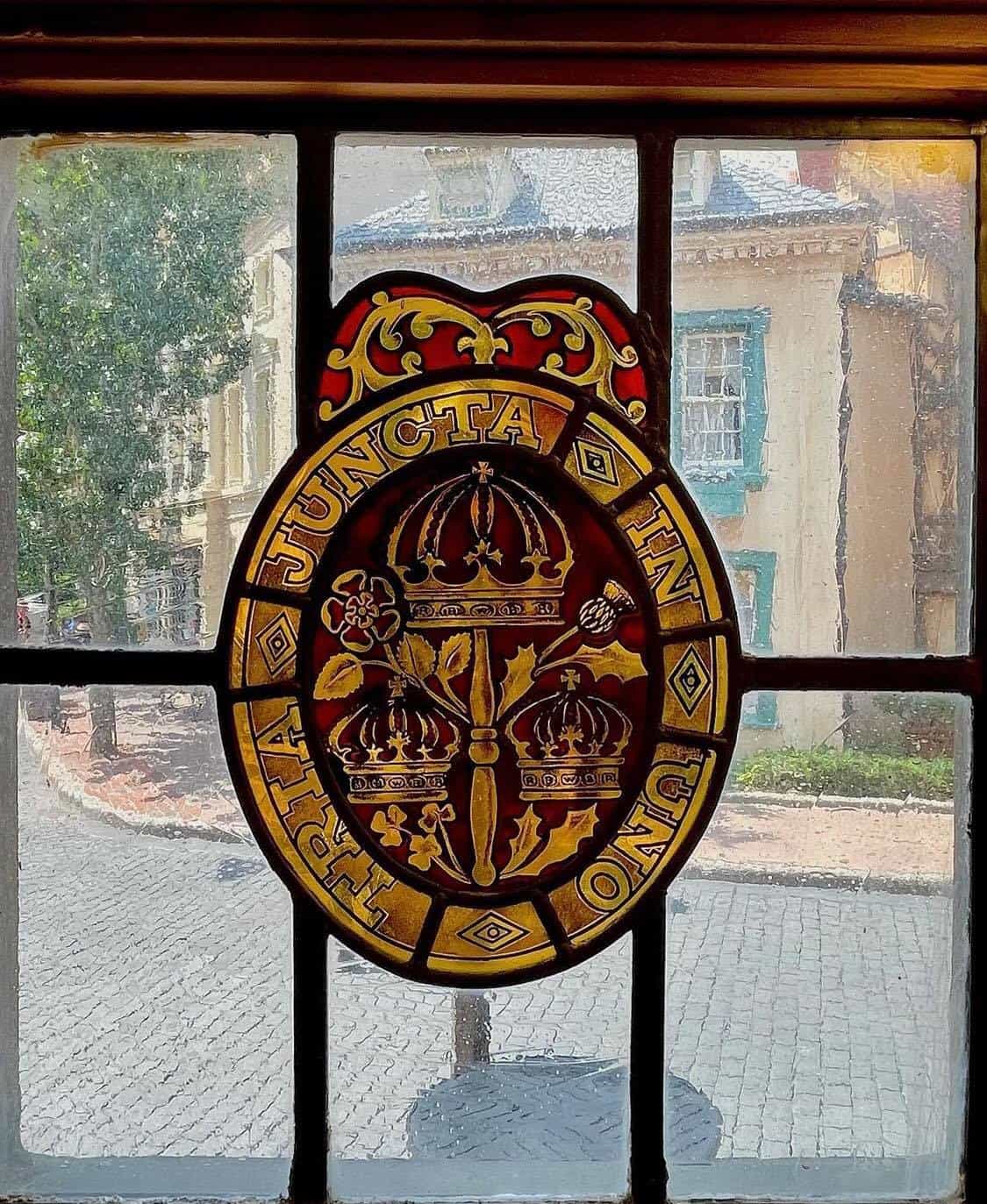 Next time we’ll dive into the clever way the architecture of this pavilion pays homage to four hundred years of United Kingdom history in the span of a single building!”