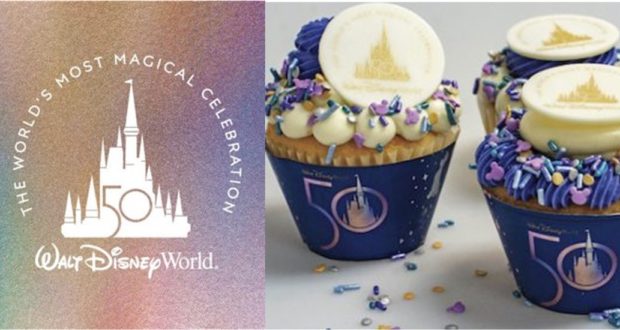 Disney has recently released several new Walt Disney World 50th Anniversary details! As we prepare for the arrival of the 18-month long anniversary celebration to kick off on October 1, Disney has provided a little insight as to what special treat may be available for the occasion. Disney knows how to throw a party and that means they always have top notch treats to go along with the fun. We’re seeing a 50th Anniversary cupcake that will be too cute to pass up!

Disney has announced a new cookbook is on the way called “Delicious Disney: Walt Disney World”. When looking at the front cover, it’s easy to spot the yummy looking 50th Anniversary cupcakes in the bottom right corner of the front cover. 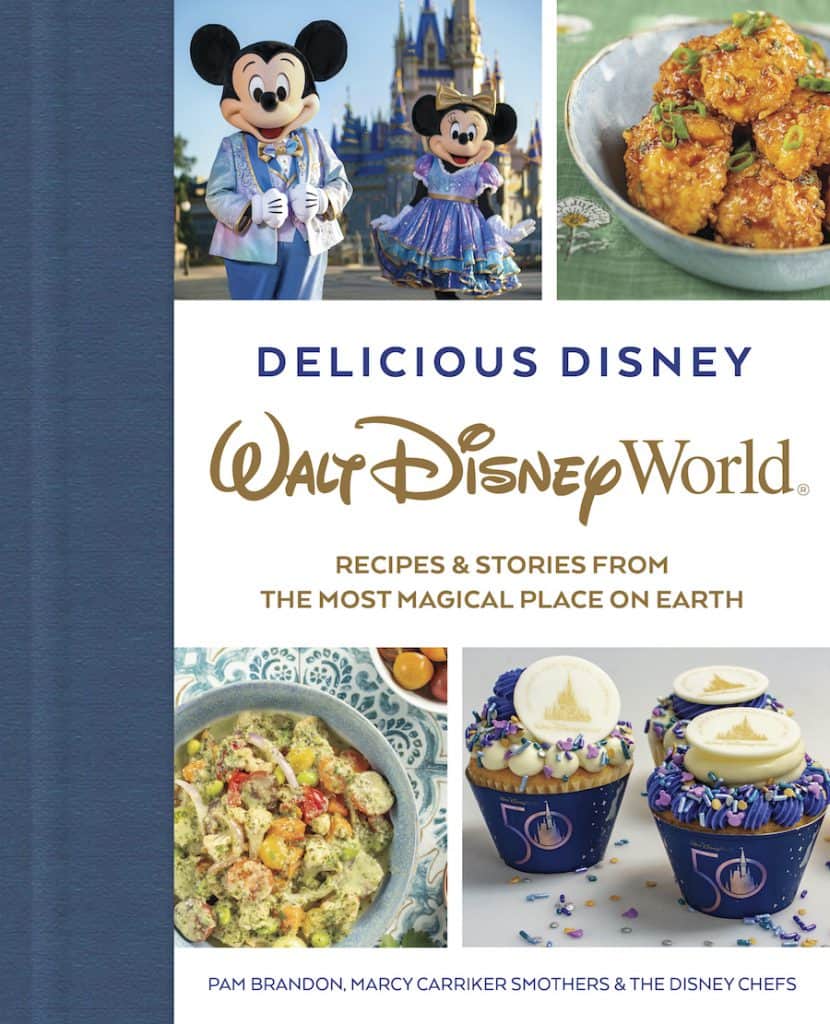 As shared by Disney: “Attention, foodies! Bring home the magic (and food) of Walt Disney World with the newest title in the Delicious Disney lineup! With beautiful photos and behind-the-scenes anecdotes told by authors Marcy Carriker Smothers and Pam Brandon, this cookbook-meets-coffee-table-book enchants with more than sixty recipes ranging from appetizers to desserts, main courses and libations. Disney foodie fans will love this collection of stories and recipes that goes all the way back to opening day in 1971, to current favorites from around the resort. This book will be exclusively available at Walt Disney World Resort and shopDisney beginning September 28th.” 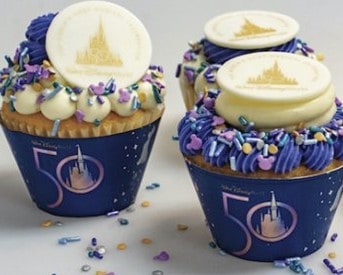 The sparkling new “EARidescent” colors shimmer from this stunning cupcake, much like in the new look of Cinderella Castle and favorite characters. It almost looks too good to eat! We’re excited to see what may come in treat form for the 50th, but will happily munch on one or two of these cupcakes. Happy planning, Disney foodies!