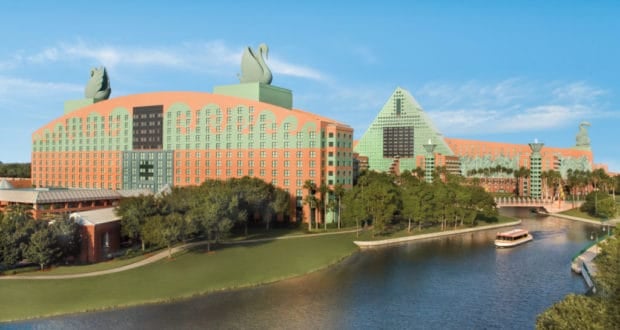 On Saturday, April 17 I was hosted at the Spring Food & Wine Classic at the Walt Disney World Swan and Dolphin Hotels. This is an event that I’ve always wanted to attend, but somehow it just never happened. I am glad that I finally did. Even though I went solo I had a really good time.

Safety is always important, but even more so these days. The evening started with temperature check. It was an outdoor event, which made it even safer. The tables were spaced apart, and there were markers on the ground for the food booths. There was plexiglass, so the guests and the workers had an extra layer of protection. Each booth had hand sanitizer and wipes. Face coverings were required, except when eating or drinking. I felt extremely safe.

The Spring Food & Wine Classic was sold out because they kept capacity down this time. I was told that it was scaled back, but I had no idea what might have been missing. There was more delicious food than anyone could ever eat! Since it’s an event for the 21 and up crowd, the wine and craft beers were flowing freely. The music was provided by Star Time Band, and there was a lot of joy in the air.

There were 12 different Food Stations. Several of these featured dishes from the most popular restaurants at the Swan and Dolphin. The restaurants included Il Mulino NY Trattoria, Todd English’s Bluezoo, and The Fountain. With the exception of Sweet Treats, there was one dish per booth. Some of the plates were sample sized, while others were quite large. Dishes that were free of the most common allergens were clearly marked, as were vegetarian items. The lines were long at 5:30 when the event began, but they moved quickly. The longest line that I noticed was for Shula’s Steakhouse, which was serving Prime New York Strip Loin. If you attend a Food & Wine Classic in the future I’d advise hitting the shorter lines first. The longer lines were gone for the last hour of the evening.

While it was one dish per food station, the same was not true for the beverage stations. International wines included booths from Germany, Spain, New Zealand, South Africa, Italy, and France. There were American wines from Washington, Oregon, and California. There were also craft beers. The servings were small, but it was still a lot of alcohol. My one suggestion for future events is that it would have been nice to have some alcohol-free options. There was water at each beverage station, but a coffee or juice bar would have been welcome on a warm evening. I’m not the only one who was driving.

Since I was there by myself, I heard little bits and pieces of conversations. I was impressed by how many people were having a good time! The main things that people said were that the food was delicious and that they were happy with the selection of wine. I heard more than one person say that this was their favorite event and that they planned to attend the next one in the fall.

Speaking of the fall, the next Food & Wine Classic will be held on October 29 and 30. The hours both nights will be 5:30-9:00. The cost is $165 a night, plus a service fee. If you’re looking for a deal, book a room package! A one-night room package includes two tickets to Friday night’s event, and a two night package will include tickets for two for both nights! You can learn more information by calling 800-227-1500, or visit foodandwineclassic.com.

I’d like to thank all those involved with the Spring Food & Wine Classic for making it such a memorable evening. I had a great time, and I’m sure that you will as well if you attend one in the future. So many things have been canceled during the past year, it was nice to be able to enjoy an early evening outdoors and enjoy a traditional event for a while.