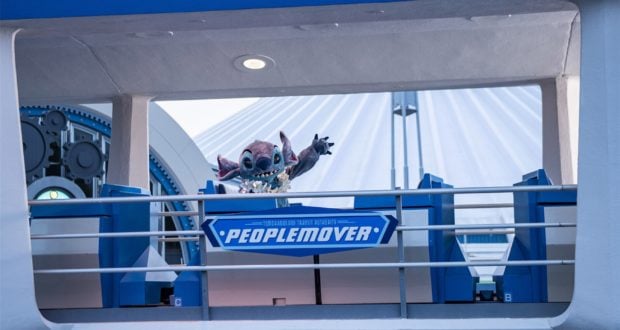 We previously shared the news that after a year-long closure due to a mechanical issues, the wait is finally over! Tomorrowland Transit Authority PeopleMover has listed operating hours beginning this coming Monday, April 26. We won’t however be surprised if the attraction opens earlier, as Disney has noted reopening for “later this weekend”. In the meantime, Stitch is testing out the ride to ensure all is ready to roll!

As shared via Disney Parks Twitter: “Stitch took a test ride on the Tomorrowland Transit Authority PeopleMover in Magic Kingdom Park this morning, prior to its reopening at @WaltDisneyWorld later this weekend!”

We’ll keep you posted if the attraction reopens prior to Monday’s listed operating hours. In the meantime, we simply can’t wait to ride PeopleMover once again… and totally feel Stitch’s excitement!