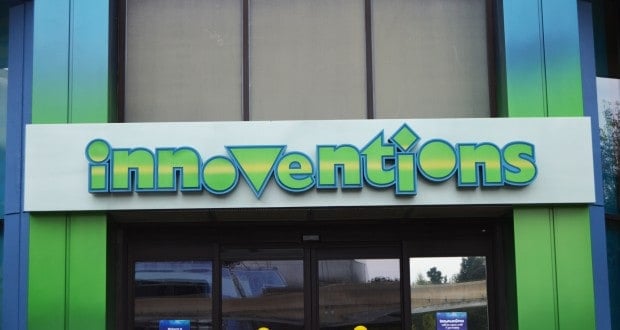 We heard an interesting and exciting rumor from different blogs online this week!  This rumor is that Sum of All Thrills, a fun simulator attraction, could be returning to Epcot at Walt Disney World.  The attraction used to live at Epcot’s Innoventions East in the Future World area of the park.  The rumors from reports online indicate that the attraction has been under testing at the park in the evenings and that the sign for the attraction and various attraction lights have been lit up, indicating that the ride has been running.  This would definitely indicate that the ride has been under some kind of testing, maintenance or other reason that would have the ride in operation.

This leads us to believe that the attraction could be re-opening soon.  The re-opening of Sum of All Thrills could be part of the planned changes coming to Epcot.  It is also possible that Disney could be refurbishing the original attraction with a new theme as part of the major plan to refurbish and update the Future World area of Epcot.

None of this has been officially announced by Disney directly.  Until we have an official announcement from Disney, it is all speculation, but it sure is fun to come up with ideas of what could be coming to the area in the future.

As soon as we learn more, we will definitely update here!  What do you all think this could mean?