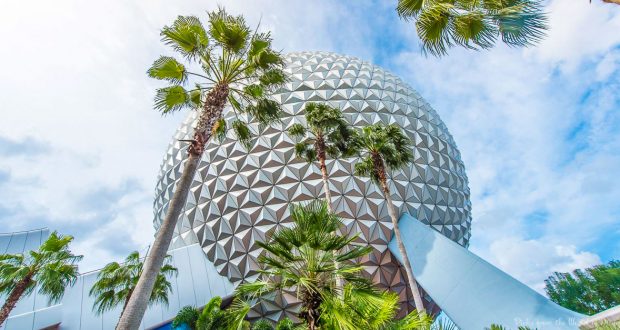 The Blue Angels is the United States Navy’s flight squadron.  The group was formed in 1946 and is actually the second oldest flying aerobatic team!  Military Appreciation Month is coming up in May and the U.S. Navy Blue Angels are currently expected to fly over Epcot at Walt Disney World on Thursday, May 2nd, 2019.  This amazing event is expected to occur in the morning starting around 9:30 AM.  If you want to get a great spot, there will be a viewing area that will be located between Spaceship Earth and the entrance to the World Showcase area of the theme park.

The U.S. Navy Blue Angels are expected to make two pass by flights over Spaceship Earth.  The entire event is weather-permitting, so keep an eye on any updates when at the park. This would be an amazing site to see!  This isn’t the first time that the U.S. Navy Blue Angels have flown over Walt Disney World and it is always a nice treat for guests to enjoy while there.

Who will be lucky enough to be at the park to catch a glimpse of the U.S. Navy Blue Angels?