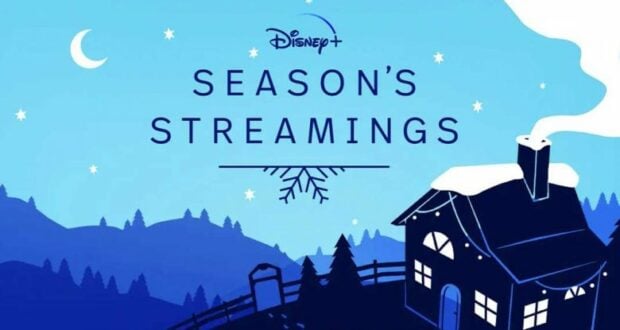 The Holiday Collection Streaming on Disney+

Winter is officially here, and Christmas is just a few days away. Many people want to start a fire, make hot cocoa, and watch something on Disney+. The official Disney Fan Club, D23, has compiled the following list and information of what is included with the Disney+ Holiday Collection:

All of your holiday streams will come true with Disney+’s second-annual Season’s Streamings celebration. Disney+ is bringing holiday cheer with new originals and classic holiday content for families to enjoy together. As of today, subscribers can find all of their favorite holiday-themed episodes, films, shorts and specials in the new holiday collection available on the service. With even more content coming in 2022, Disney+ makes the perfect gift for fans of all ages. To give the gift of Disney+ this holiday season, click here.

2021 Holiday Collection Featuring Originals and Fan-Favorite Classics
In addition to the Disney+ original content the whole family can enjoy this holiday season, the Season’s Streamings collection will feature holiday-themed episodes, films, shorts and specials. Subscribers can celebrate the holidays at home with new and classic content including Home Sweet Home Alone, Frozen, Home Alone, Tim Burton’s The Nightmare Before Christmas, The Santa Clause, and more. In honor of its 25th Anniversary, fans can also watch the holiday classic Jingle All the Way. The new Disney Channel Original Movie Christmas… Again?! will also become available Friday, December 3, to stream on Disney+.

New Disney+ Originals Premiering Throughout the Holiday Season
Marvel Studios’ Hawkeye will launch on Wednesday, November 24, with a special two-episode premiere. The Disney+ original series is set in post-blip New York City where former Avenger Clint Barton aka Hawkeye (Jeremy Renner) has a seemingly simple mission: get back to his family for Christmas. But when a threat from his past shows up, Hawkeye reluctantly teams up with Kate Bishop (Hailee Steinfeld), a 22-year-old skilled archer and his biggest fan, to unravel a criminal conspiracy. The episodes are helmed by Rhys Thomas, who also serves as an executive producer, and directing duo Bert & Bertie. 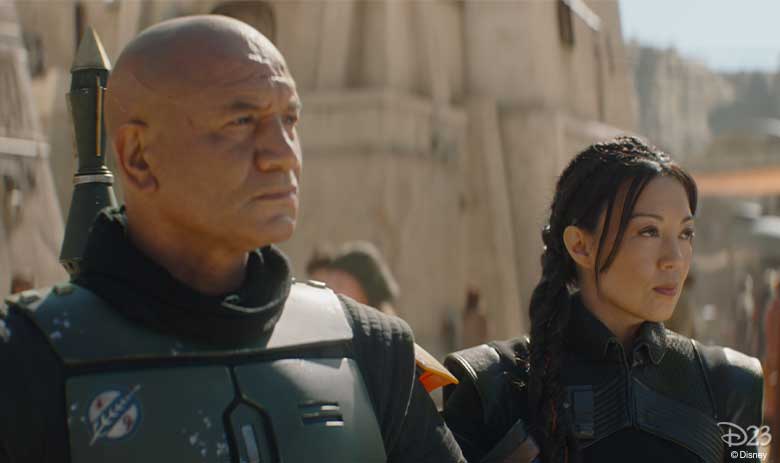 The Book of Boba Fett, a thrilling Star Wars adventure teased in a surprise end-credit sequence following the season two finale of The Mandalorian, finds legendary bounty hunter Boba Fett (Temuera Morrison) and mercenary Fennec Shand (Disney Legend Ming-Na Wen) navigating the galaxy’s underworld when they return to the sands of Tatooine to stake their claim on the territory once ruled by Jabba the Hutt and his crime syndicate. The new series from Lucasfilm will debut Wednesday, December 29, on Disney+. 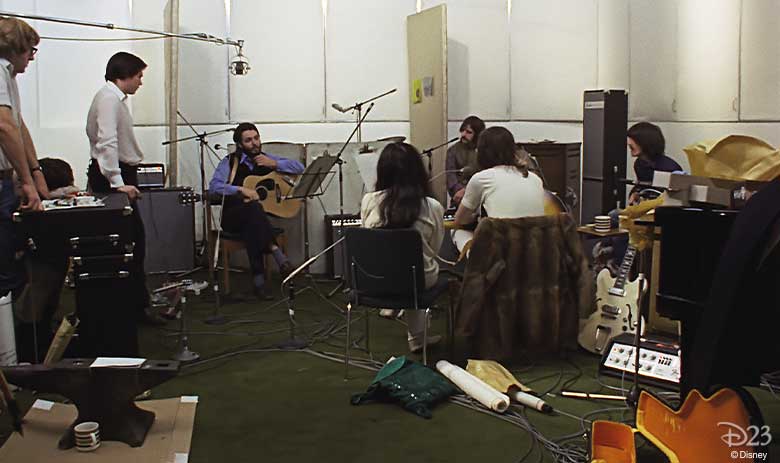 The three-part docuseries The Beatles: Get Back is set to roll out over Thanksgiving weekend on November 25, 26 and 27. Directed by three-time Academy Award®-winning filmmaker Peter Jackson, The Beatles: Get Back takes audiences back in time to The Beatles’ intimate recording sessions during a pivotal moment in music history. 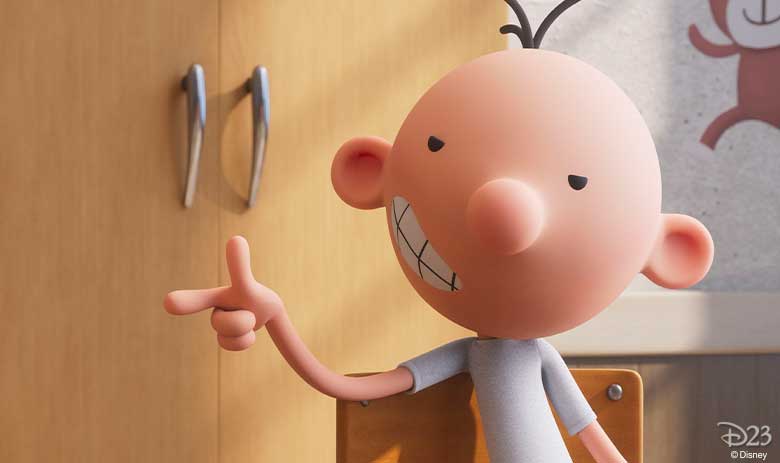 The first book in Jeff Kinney’s worldwide bestselling series comes to Disney+ in the all-new animated adventure Diary of a Wimpy Kid. Greg Heffley is a scrawny but ambitious kid with an active imagination and big plans to be rich and famous—he just has to survive middle school first. Diary of a Wimpy Kid will premiere Friday, December 3, exclusively on Disney+. 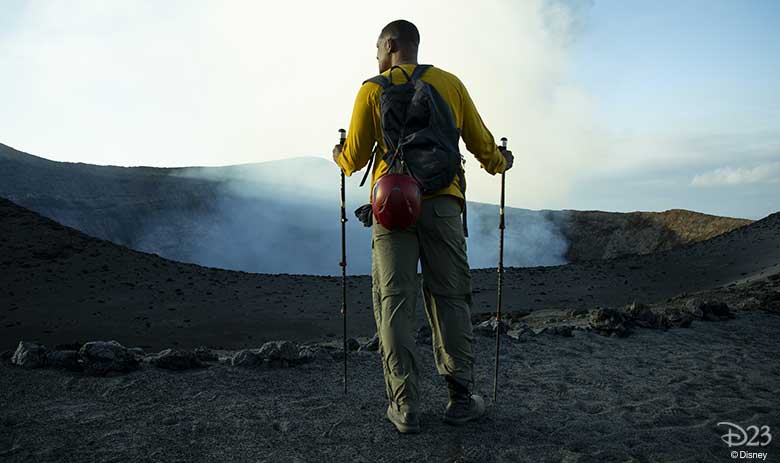 Premiering Wednesday, December 8, the Disney+ original series Welcome to Earth follows Will Smith on an extraordinary adventure around the world to explore Earth’s greatest wonders and reveal its most hidden secrets. Throughout the six-part limited series from National Geographic, Smith will be guided by elite explorers on his awe-inspiring journey. 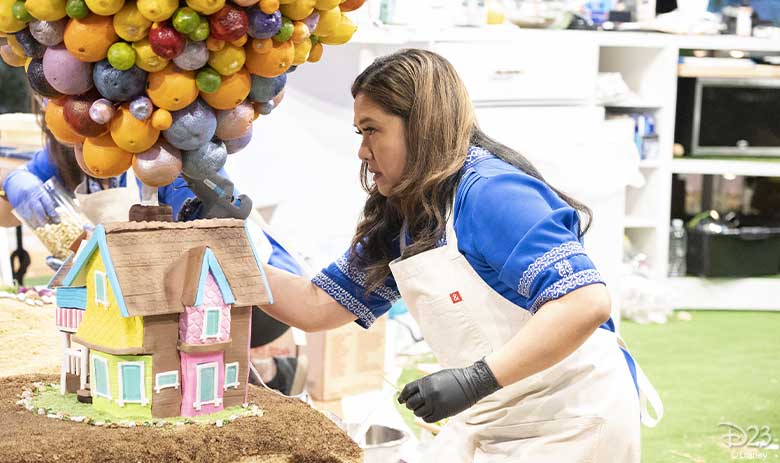 Hosted by Emmy® Award-winning actress Keke Palmer, Foodtastic is an immersive global competition series in which highly skilled artists create extravagant scene work and larger-than-life sculptures made entirely out of food. From vegetables and butter to fruit and cheese, these everyday items are transformed into works of art. Each episode is rooted in iconic Disney IP and the food-based builds are an extension of that world. FLOUR SHOP founder Amirah Kassem and NYC’s City Cakes founder chef Benny Rivera serve as food art experts on the series. Foodtastic will premiere Wednesday, December 15, only on Disney+. 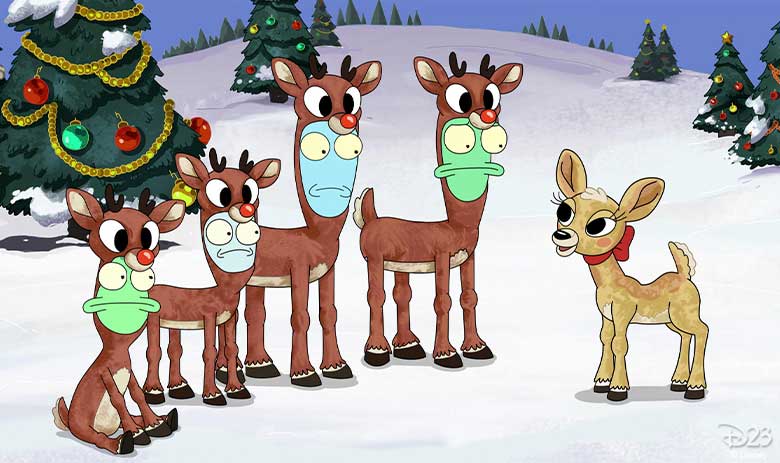 New Originals Premiering This Holiday Season from The Disney Bundle
Subscribers to The Disney Bundle will have something for everyone to enjoy this holiday season. ESPN+ will offer more than 5,000 men’s and women’s college basketball games; UFC 269: Oliveira vs. Poirier (December 11); 21 exclusive NHL games through the end of the year; and weekly episodes of Man in the Arena: Tom Brady. In addition to Hulu’s extensive library of films and series, Hulu subscribers can stream exclusive Originals including The Curse of Von Dutch: A Brand to Die For (November 18); season two of The Great (November 19); A Very Solar Holiday Opposites Special (November 22); Candified: Home for the Holidays (December 1); season 2B of Pen15(December 3); season two of Crossing Swords (December 10); and Mother/Android (December 17). To subscribe to The Disney Bundle, click here.

See below for the Disney+ Holiday Collection: 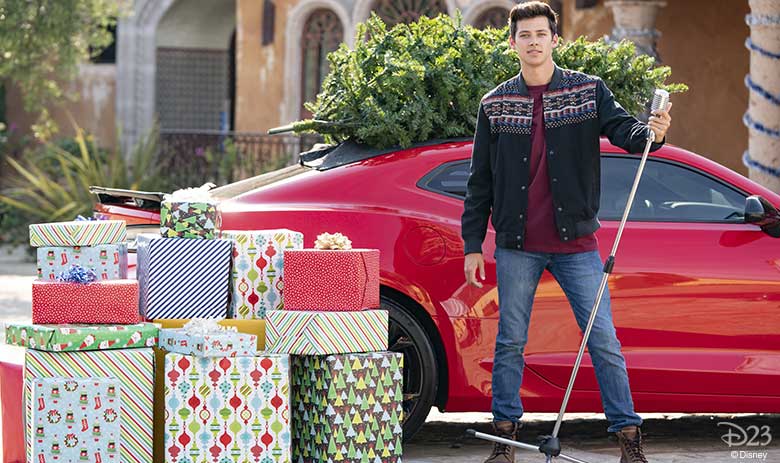 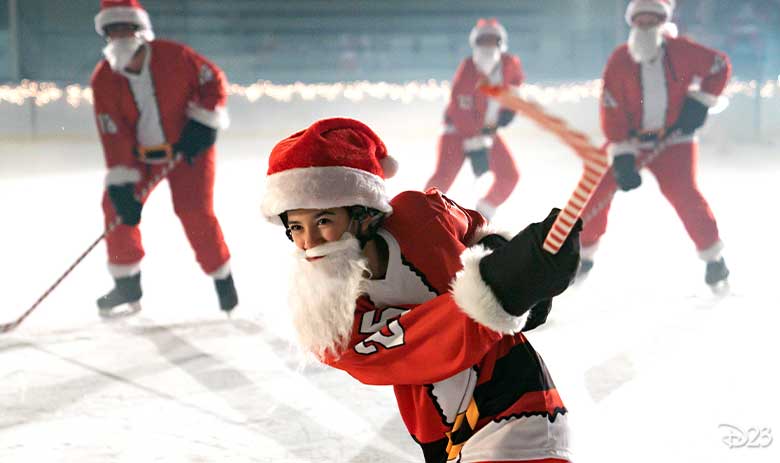 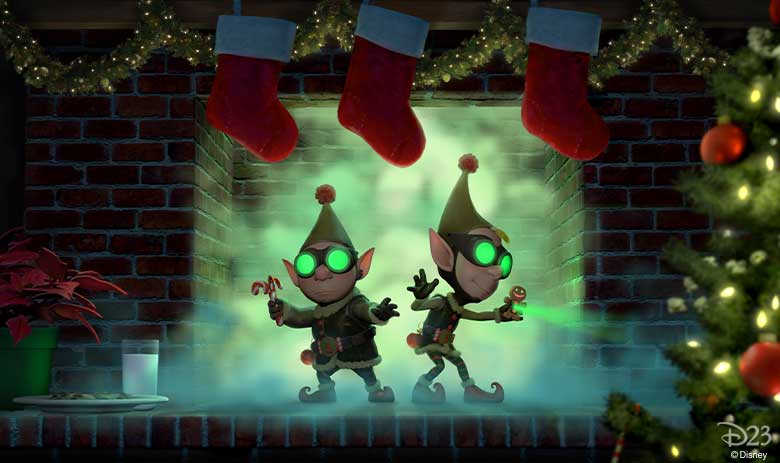 The Simpsons Christmas Episodes
“Bobby, It’s Cold Outside”
“Grift of the Magi”
“Holidays of Future Passed”
“I Won’t Be Home for Christmas”
“Kill Gil, Volumes I & II”
“Marge Be Not Proud”
“Miracle on Evergreen Terrace”
“She of Little Faith”
“Simpsons Christmas Stories”
“Simpsons Roasting on an Open Fire”
“Skinner’s Sense of Snow”
“The Burns and the Bees”
“The Fight Before Christmas”
“The Nightmare After Krustmas”
“‘Tis the 30th Season”
“‘Tis The Fifteenth Season”
“White Christmas Blues”

Select Holiday Episodes
Even Stevens: “Heck of a Hanukkah”
Girl Meets World: “Girl Meets Home for the Holidays”
K.C. Undercover: “‘Twas the Fight Before Christmas”
Kim Possible: “A Very Possible Christmas”
Phineas and Ferb: “Christmas Vacation”
The Proud Family: “Seven Days of Kwanzaa”
Sonny with a Chance: “A So Random Holiday Special”
The Suite Life of Zack and Cody: “Christmas at the Tipton”
That’s So Raven: “Escape Clause”

Log in to Disney+ to see the entire Season’s Streamings collection.