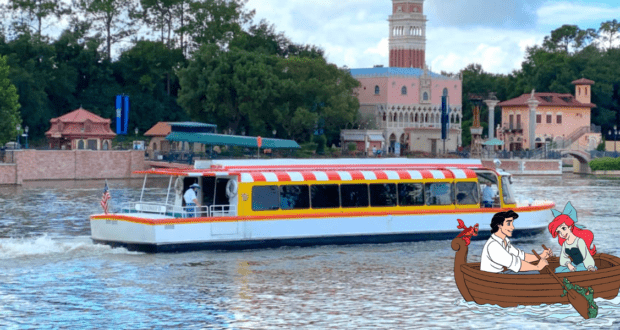 Tips & Tricks To Know About The Disney FriendShip Boats

There are plenty of transport options when it comes to getting around the Walt Disney World Resort. Ask every Disney Guest and they’ll probably be able to tell you their favorite way to travel between the Disney Parks and Resorts.

We’ve previously covered all of the Disney Transportation options available to Guests and have shared with you tips and tricks for the Walt Disney World Transportation System buses. Let’s do the same for the FriendShip Boats.

All About the FriendShip Boats

Ever seen the white boats with pastel-colored stripes crossing World Showcase Lagoon on your visits to EPCOT? These are the FriendShip Boats. Only found to travel across Seven Seas Lagoon, and between EPCOT’s International Gateway and Disney’s Hollywood Studios, these boats are a slow but pleasant mode of Disney transport. 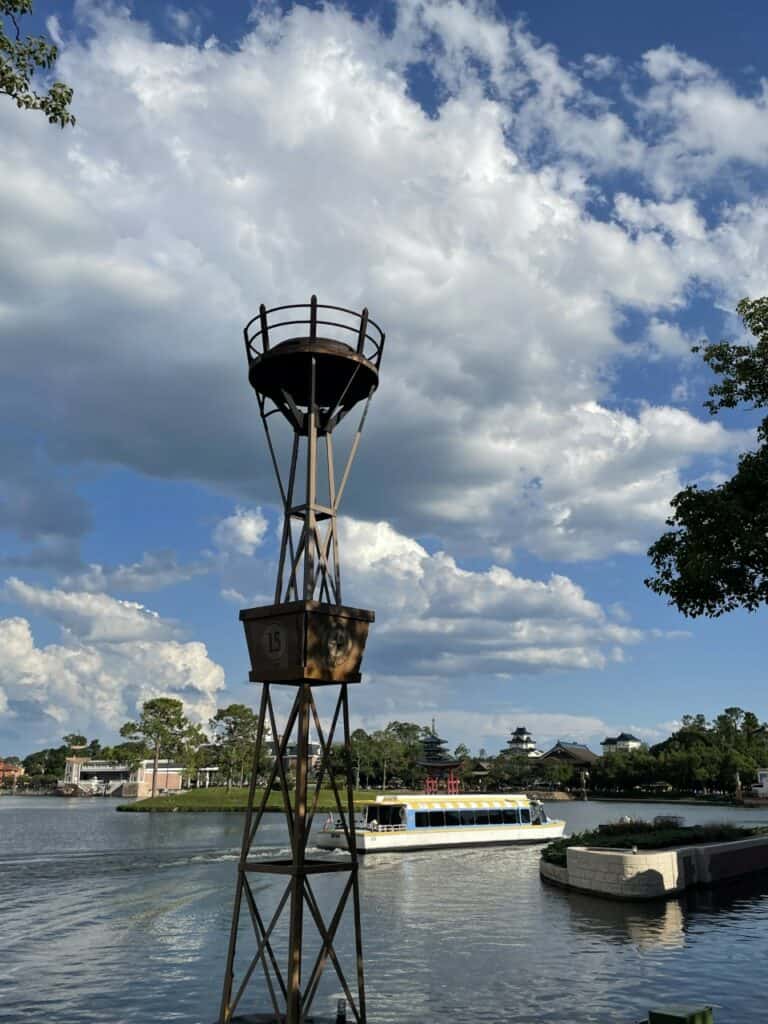 Each FriendShip Boat can hold around 100 passengers, and offers both standing and seating room. The design of this Disney watercraft make them unique to others available to Disney Guests, including the water taxi across Bay Lake, the ferry boat across Seven Seas Lagoon and the Sassagoula River boats servicing Disney’s Saratoga Springs, Old Key West, Port Orleans Resorts and Disney Springs. Most Guests are able to take a seat on one of the forward-facing benches inside, with a couple of spaces available at the back of each boat in the fresh-air. There is also space for wheelchairs, ECV’s and strollers at the back of the inside seating area.

In total, there are 9 FriendShip Boats that travel World Showcase Lagoon, Crescent Lake and Lake Hollywood. Their names can be found on the back of each boat, and are:

This is the longest of the two routes taken by the FriendShip Boats. Guests can hop on at any of the following locations:

The stops mentioned above are the order at which the FriendShip Boats stop, when traveling from EPCOT to Disney’s Hollywood Studios. For Guests traveling in the opposite direction, the stops are in order from the bottom of the list upwards. Guests traveling from one Disney Resort to another can also use this order to help them board the boat offering the most efficient route. 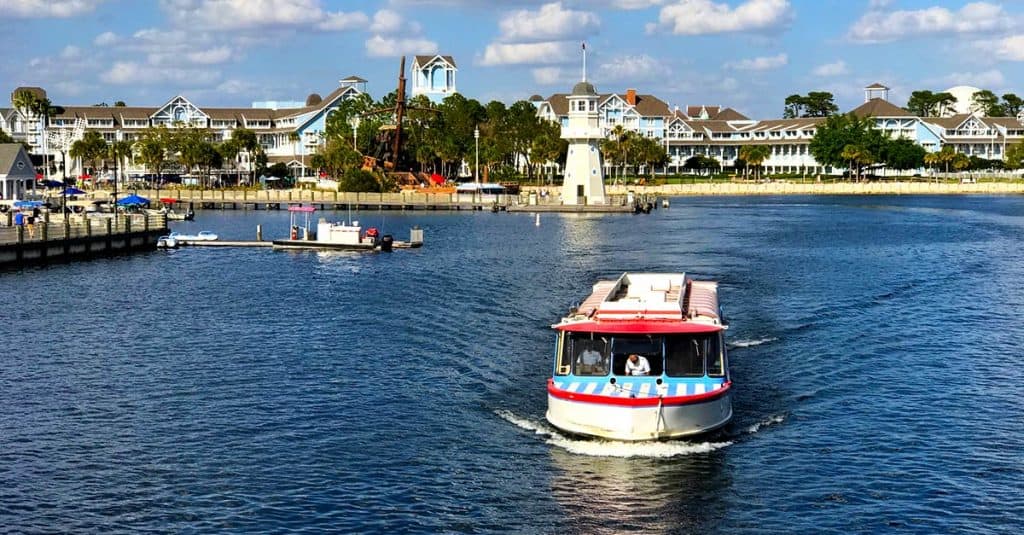 The FriendShip Boats begin running ever day, around 8:30 a.m. until around 60 minutes after Disney Park close, according to the hours of EPCOT and Disney’s Hollywood Studios theme parks. A full boat ride between EPCOT and Disney’s Hollywood Studios takes around 25 minutes, and will visit all stops on the way. Whilst Guests can also use the Disney Skyliner to travel between the Disney Parks, this route requires a change of lines at Disney’s Caribbean Beach Resort; the FriendShip Boats however, do not require a change.

The FriendShip Boat landings, servicing EPCOT, Disney’s Hollywood Studios, and the EPCOT Resort hotels can be found at the following locations: 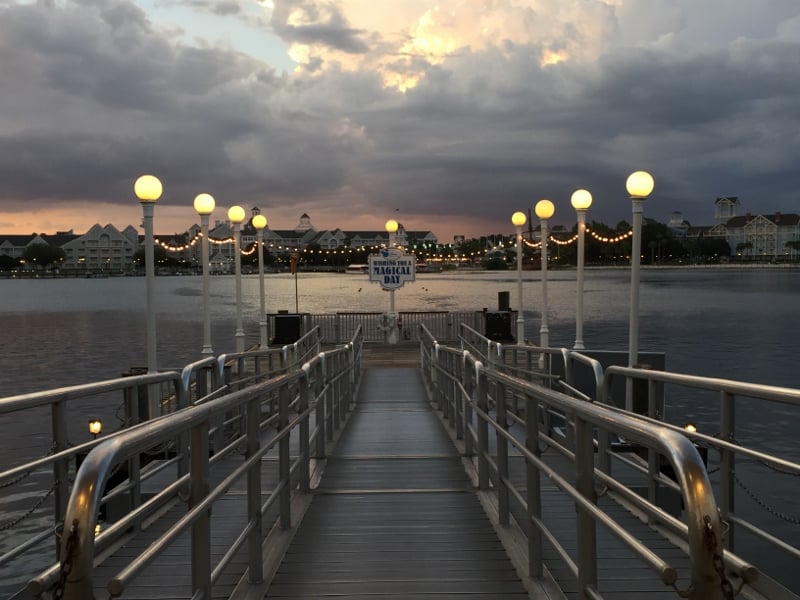 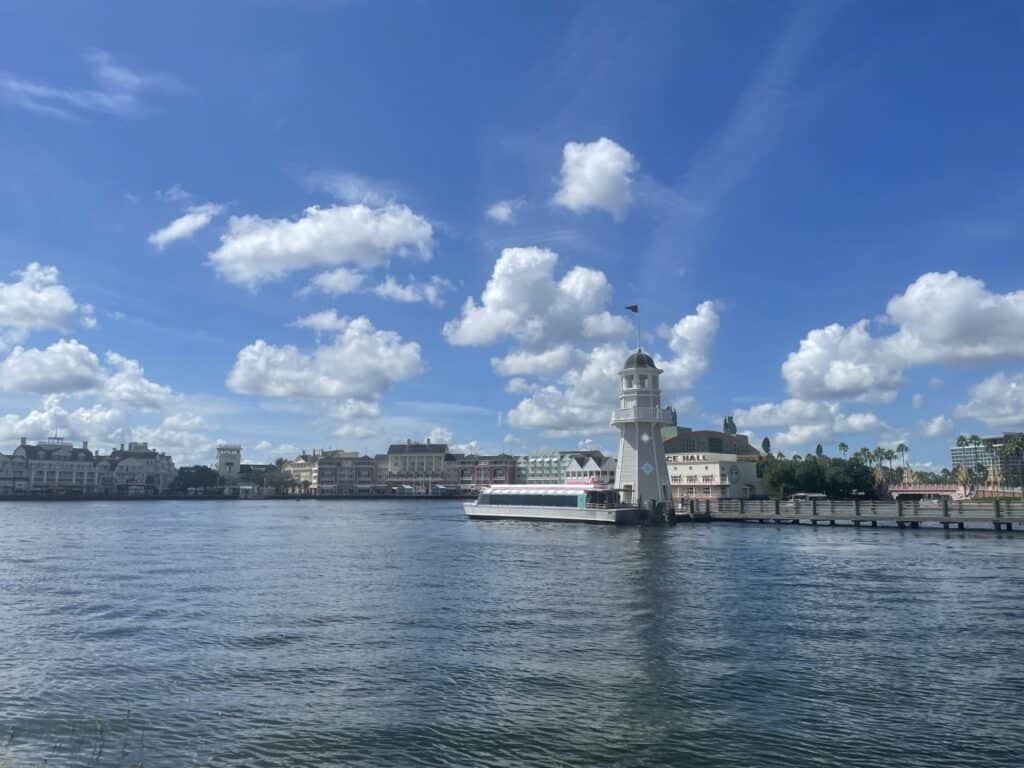 Here are our tips and tricks to help you have a magical Disney experience when using the FriendShip Boats between EPCOT and Disney’s Hollywood Studios: 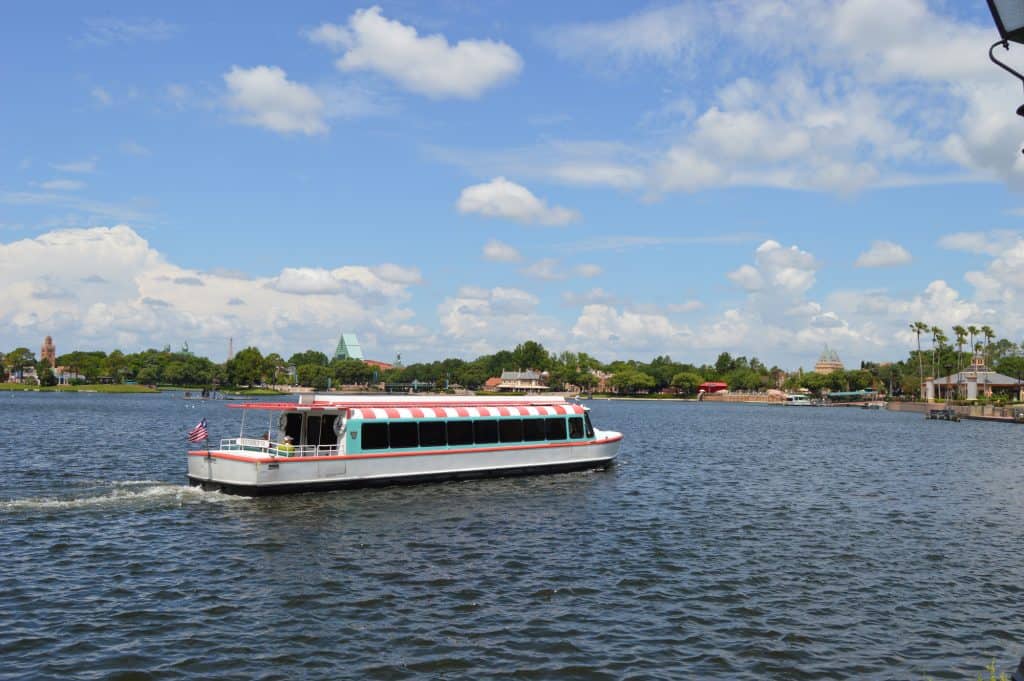 Here are our tips and tricks to help you have a magical Disney experience when using the FriendShip Boats across World Showcase Lagoon: 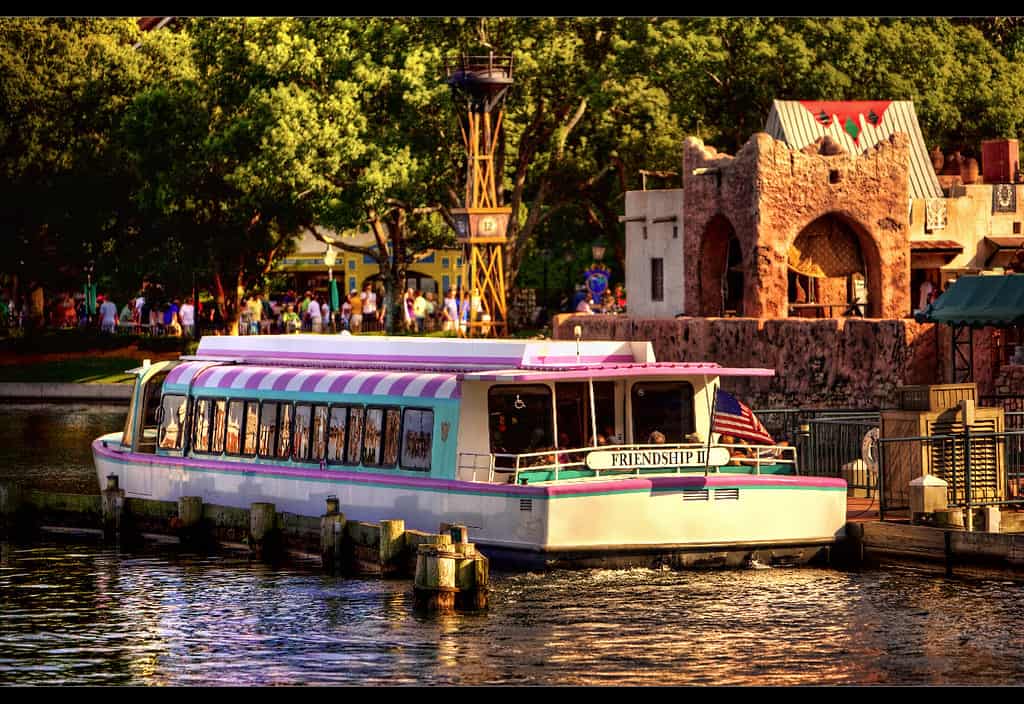 There are a couple of things to bear in mind when using the FriendShip Boats, to ensure you have a safe Disney experience:

Have you taken a ride on the Disney FriendShip Boats yet? We love to enjoy at least one journey on them during every visit to the Walt Disney World Resort!

2022-08-28
Victoria Mills
Previous: Surf’s Up! Man Tries To Catch a Wave in Disney Springs Fountain
Next: Just Engaged? This Disney Cruise Line Wedding Could Convince You to Get Married at Sea!