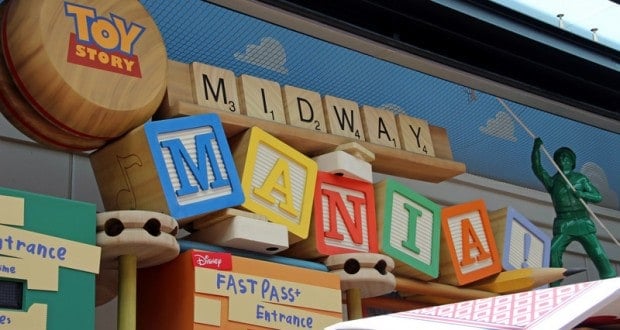 As we have previously reported, Toy Story Land in Disney’s Hollywood Studios at Walt Disney World will be opening this summer.  In order to prepare for the opening of the new land, this also means changes at the popular attraction, Toy Story Midway Mania.  There will be construction that will take place within the attraction as well as the need for updates to the entire area.  The newest track added to the ride closed in order to complete some of the construction.  The other two ride tracks will also be closed at some point in the near future.  There are also plans to close the entire attraction in order to start work on the new components of the attraction that will change to prepare the attraction for the opening of Toy Story Land.

There is not a confirmed date as of yet for when Toy Story Land will officially open to guests.  Based on when Pandora – The World of Avatar opened, we assume that there will likely be a soft opening period as well as a preview for Walt Disney World Annual Passholders.  As always, we will keep you informed when these dates and details become official.

For the time being, you may see an increase in the wait time for Toy Story Midway Mania.  Who else can’t wait for Toy Story Land to finally open?