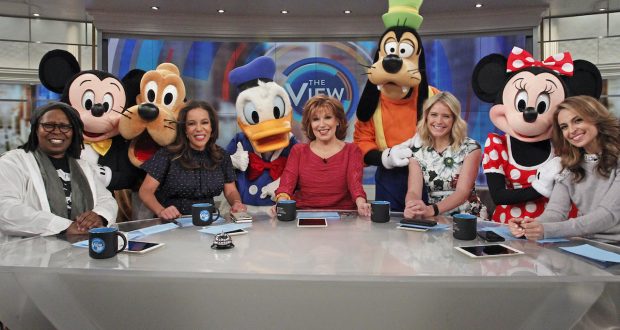 We reported previously that the cast of The View would be broadcasting their show live from Disney’s Animal Kingdom at Walt Disney World in front of the Tree of Life.  The week is finally here!  The team has been broadcasting this week and will continue through Friday.  The shows will air on ABC through March 10th for you to watch from home and get a dose of Disney.  The scheduled guests for these broadcasts are as follows:

Is anyone in the parks this week?  Have you caught a glimpse of some of these celebrities walking around?