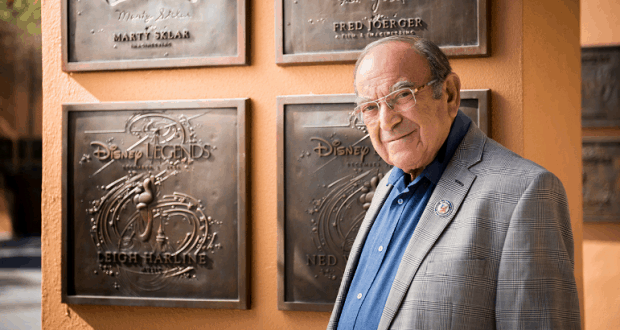 “Everything about Marty was legendary – his achievements, his spirit, his career,” said Bob Iger, Chairman and Chief Executive Officer, The Walt Disney Company. “He embodied the very best of Disney, from his bold originality to his joyful optimism and relentless drive for excellence. He was also a powerful connection to Walt himself. No one was more passionate about Disney than Marty and we’ll miss his enthusiasm, his grace, and his indomitable spirit.”

“Marty was the ultimate Disney Imagineer and Cast Member. From his days working as an intern with Walt to just two weeks ago engaging with fans at D23 Expo, Marty left an indelible mark on Disney Parks around the globe and on all of the guests who make memories every day with us,” said Bob Chapek, Chairman, Walt Disney Parks and Resorts. “He was one of the few people that was fortunate to attend the opening of every single Disney park in the world, from Anaheim in 1955 to Shanghai just last year. We will dearly miss Marty’s passion, skill and imaginative spark that inspired generations of Cast, Crew and Imagineers.”

“Marty was one of Walt’s most trusted advisors and helped turn his most ambitious dreams into reality. For us, it’s hard to imagine a world without Marty, because Marty is synonymous with Imagineering,” said Weis, President, Walt Disney Imagineering. “His influence can be seen around the world, in every Disney park, and in the creative and imaginative work of almost every professional in the themed entertainment industry.”

Marty was one of the founders for the Ryman Program for Young Artists.  This is a non-profit foundation that focusing on teaching and fostering drawing and painting for young artists.  In lieu of flowers, the family requests that donations be made in Marty’s name to Ryman Arts at www.rymanarts.org.

We wish his family, friends and fans our deepest condolences.