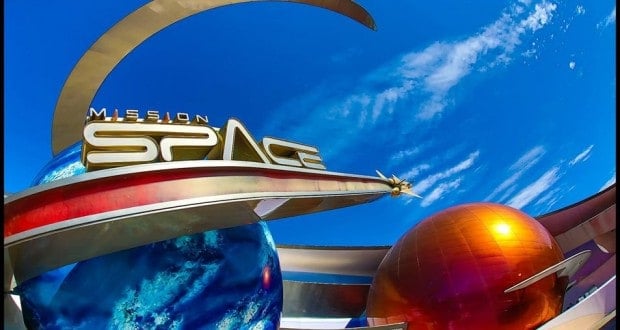 Epcot’s attraction that takes you on a shuttle launch to Mars, Mission: SPACE, closed last month in order to complete a short refurbishment.  The attraction was originally expected to re-open sometime in the later summer time frame.  After a look at the updated refurbishment calendar, it looks like Mission: SPACE will not re-open at any point during the summer as scheduled.  The new schedule has the re-opening happening in September.  This appears to be for both versions of the attraction with no indication that one version could open ahead of the other.

We have no information on what will be completed during the scheduled refurbishment and what changes we can expect to see with the attraction.  We also don’t know if the re-opening date is likely to shift again causing a further delay to when it finally re-opens to guests.

Mission: Space is a pretty hardcore attraction that leaves some guests feeling claustrophobic or with feelings of motion sickness.  It is the only Disney attraction that has motion sickness bags available for each seat during the ride.  Due to this, Disney created a second experience that is less intense for guests so that these guest can still enjoy a version of the attraction.

We don’t have any further information at this time, but we will keep you posted if we learn any new details about the refurbishment and the re-opening of the attraction.