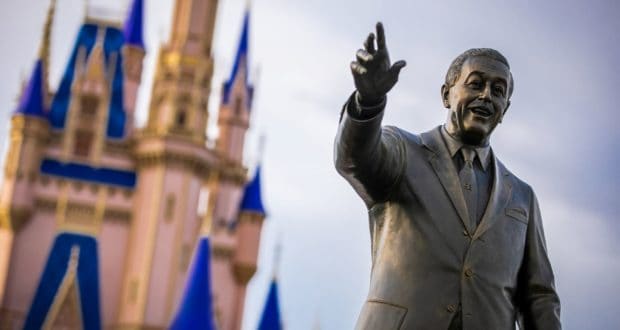 Walt Disney World Facts That Will Make You Feel Old

It’s a cliché, but time sure does fly, especially when you’re having fun.  Maybe this is why our Walt Disney World vacations always seem to be over in the blink of an eye.  Or why Disney attractions, movies and icons that seem like they debuted yesterday turn out suddenly to be decades old, inevitably making you feel old, too!  Here are some of the top facts about Walt Disney World that make us feel old (not that we’re really complaining, though, because – Disney).

Do you remember a time before FastPasses?  It seems like we’ve been making reservations through Walt Disney World’s FastPass+ system forever (after all, who wants to waste time standing in line?)!  And in fact, it has been quite awhile since this integral virtual queue system was created.  The initial FastPass system debuted over two decades ago, way back in 1999.  Gee, we had it rough last century…

It’s hard to believe, but it’s already been five years since the Sorcerer’s Hat was removed from Disney’s Hollywood Studios in 2015.  Not enough nostalgia for you?  The park’s original icon (back when it was called Disney-MGM Studios), the beloved Earffel Tower, came on the scene over 30 years ago in 1989!  If that has you feeling a little old, don’t worry, you can always visit a reproduction of this classic Disney icon at Disneyland Paris.

Disney Springs has undergone significant changes over the years, as anyone familiar with the amazing most recent renovations will know!  In fact, if it’s been several years since you visited, you might find it hard to recognize certain areas.  To make matters more confusing, Disney Springs is only the most recent name for this massive entertainment complex.  In fact, the area has gone by a total of 5 names since it opened in 1975: Lake Buena Vista Shopping Village, Walt Disney World Village, Disney Village Marketplace, and Downtown Disney, and finally Disney Springs as of 2015.  Cue the “I remember when…” speech!

Walt Disney World first opened all the way back in 1971 – that’s nearly half a century ago.  While that does sound scary, especially if you’re one of the lucky ones who attended WDW that first year and can make comparisons to WDW today – take heart!  After all, when compared to Disneyland in California, which opened in 1955, Walt Disney World is just a baby!  It’s all about perspective, really.

Some of Disney’s most memorable rides, shows and restaurants are based on beloved animated films from what is referred to as Disney’s “Renaissance” years, from 1989 to 1999.  If you’re a 90s kid (or even if you’re not!), you probably have a soft spot for movies like The Lion King, Beauty and the Beast, and Aladdin; they might even be the first films you think of when you think “Disney”.  So it might make you feel a little old to know that the film that heralded Disney’s Renaissance, The Little Mermaid, was released more than 30 years ago in 1989.  (Sorry.)

When I visited Walt Disney World for the very first time as a 14-year-old, Disney’s Animal Kingdom did not exist.  That’s right, an entire WDW park sprang up between my first visit and my second visits to Orlando.  While it is the baby when it comes to parks on WDW property, we’ve actually been enjoying the wildlife, exotic theming and of course the iconic Tree of Life for an unbelievable 22 years, since Animal Kingdom’s opening in 1998.

Not all WDW projects have been quite as successful as today’s parks; in fact, you may be lucky enough to remember visiting two now abandoned projects on Disney property.  Younger guests to Walt Disney World may find it hard to believe, but WDW’s first water park, River Country, closed in 2001 and has been abandoned ever since (although a new Disney hotel is being built on the same site), while Discovery Island in Bay Lake was abandoned even earlier in 1999.  Nothing makes you feel quite as old as having visited a theme park that’s been abandoned for 20 years.  (You’re welcome.)

One of the most exciting developments at Walt Disney World in the last few years has been the addition of the Disney Skyliner in 2019.  Who wouldn’t want to take to the skies in a gondola with stunning views while you’re traveling to Epcot or Hollywood Studios from your resort?  Well, to make you feel really old, if you visited Disney’s Magic Kingdom before 1999, you may recall WDW’s “old” gondola system, which was one of the original attractions in the park and joined Fantasyland with Tomorrowland.  This original Skyway and its stations have now been demolished, but you can still enjoy the new version (and tell your kids all about how you rode the “first” Disney gondola!).