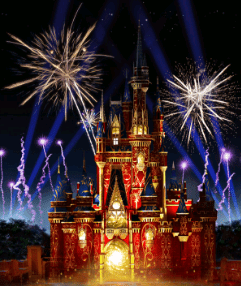 The Orlando Sentinel is reporting that emergency workers have been battling and increased number of fires caused by fireworks from Disney’s Hollywood Studios.  This park used to infrequently see fireworks shows performed and has gone to a nightly fireworks performance.  This change brought in a new staging area for the fireworks that appears to need additional clearing to accommodate some of the cast off from the fireworks.  The emergency rescue workers claim there has been around 30 small fires in the past 2 months.  The fire district is also now recommending that more sprinklers be added to the area to help combat the issue.

The dry conditions in Central Florida are also a contributing factor to the increased amount of fires.  All of Orange County has a burn ban in effect that forbids any fires or the use of fireworks, excluding aerial fireworks show like Walt Disney World and other attraction sites perform.  The Reedy Creek district said it “routinely has conversations with Disney and the other operators within the District about the impact, if any, of their various activities.”  It isn’t uncommon for Disney to modify performances in order to help accommodate any safety concerns that could be had in such conditions.  This could result in future changes to the show temporarily, but this hasn’t been confirmed.

Walt Disney World has already halted all campfires at the resorts in order to comply with the county burn ban and help prevent dangerous situations for guests.  In 1998, Disney has to completely halt all fireworks shows due to a massive increase in wildfires in the Central Florida area.  There is no doubt that Disney would take risk seriously and halt the shows if a they felt a real threat loomed from performing the evening shows.

If you are in the Central Florida area, please adhere to the burn ban and alert the proper authorities if you see any smoke/fires to help prevent spreading.