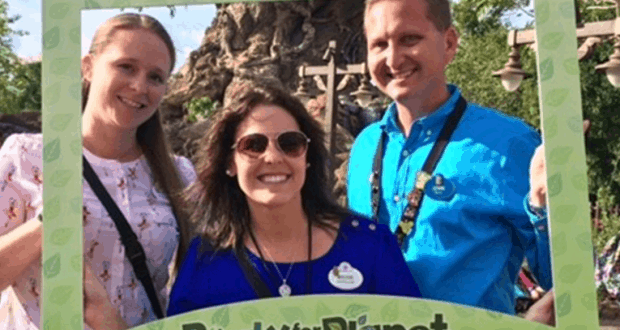 Disney’s Animal Kingdom at Walt Disney World will be celebrating its 20th anniversary on April 22nd.  This date also happens to be Earth Day, which made it the perfect day for the park to open.  For the 20th anniversary, Disney will be hosting “Party for the Planet” and it will be bigger and better than ever.  The party is expected to run from April 22nd through May 5th. Guests will also be able to experience limited backstage experiences for an extra cost at Rafiki’s Planet Watch which are unlike anything that has ever been offered before. There be tons of great PhotoPass opportunities and Magic Shots for guests to commemorate their vacation as well a special limited Wilderness Explorer badge to earn.  This is all in addition to the opportunity to attend Tiffins Talks where guests can learn more about the amazing animals from the park’s animal experts while they dine.  For all of your shoppers out there, you will definitely want to check out the limited event merchandise, too!

Here are some of the new experiences that will be coming to Disney’s Animal Kingdom:

Party for the Planet looks to be an amazing event for 2018.  If you want to check out additional information on the event, visit Disneyworld.com/PartyforthePlanet.

Who out there will attend the 2018 Party for the Planet?