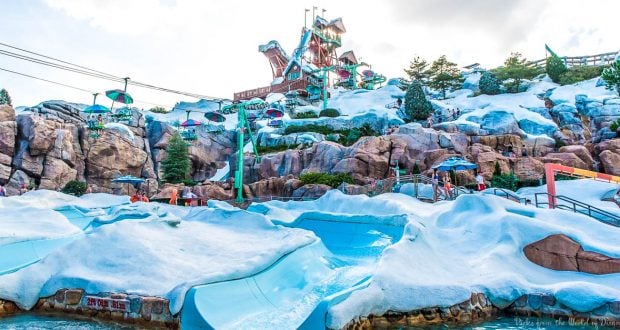 Swimming is an important skill for everyone to learn how to do.  In some cases it can be the difference between life and death, especially for children.  There was a global event called “World’s Largest Swimming Lesson.”  There were venues around the world who hosted huge swimming lessons to provide this important education to thousands of families.  The event has hosted in locations throughout 28 different countries, since this is an important effort no matter where you live.  Disney has always been a proponent of guest safety, so it only make sense that Walt Disney World would be one of the locations to host a “World’s Largest Swimming Lesson” event.

The event was held at Disney’s Blizzard Beach on Thursday, June 20th, 2019 and had nearly 200 attendees.  This was the 10th annual offering for “World’s Largest Swimming Lesson” at Walt Disney World.  Of the 83 total sites in Florida, Walt Disney World’s event was the largest.  Rowdy Gaines, who is a three-time Olympic gold medal swimmer, kicked off the lesson to teach children of all ages basic swim strokes.  There were children from Boys & Girls Clubs of America who participated in the event.

Did anyone participate in any of the “World’s Largest Swimming Lesson” events?