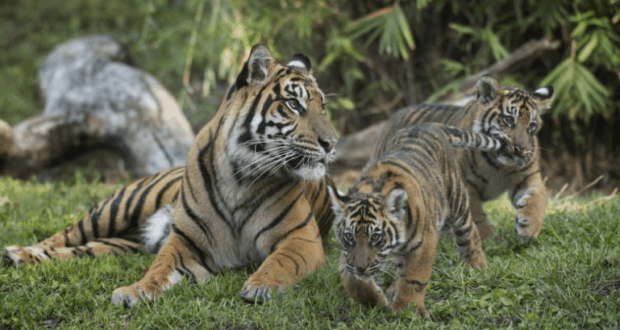 If you need your daily dose of cute, then this is definitely it!  We announced previously that Anala and Jeda, the Sumatran tiger cubs, were born at Disney’s Animal Kingdom.  They are now around 4 months old and are making their debut to the guest facing Maharajah Jungle Trek in the Asia area of the theme park.  For the time being, they will only be visible for portions of the day so that they can acclimate and adjust to the onstage habitat area where guests can see them.

Here is a special video released by Disney with a look at the tigers adjusting to their new area: 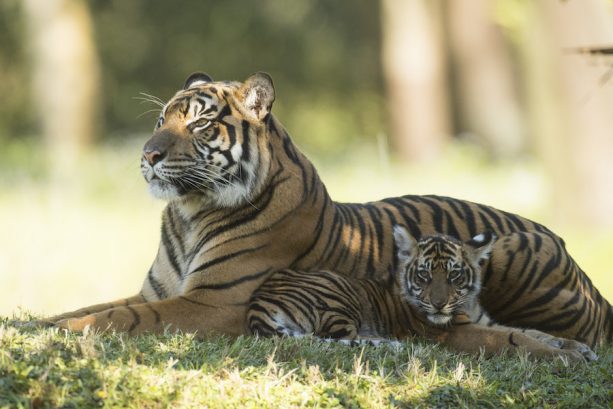 The team of animal care experts at Walt Disney World actually spend three years planning and preparing for the birth of these beautiful tigers.  The team spent time learning everything they needed to ensure that the tiger cubs received the best care available.  The team also created a play area for the cubs that resides backstage.  The play area allowed the cubs to learn how to swim and climb. 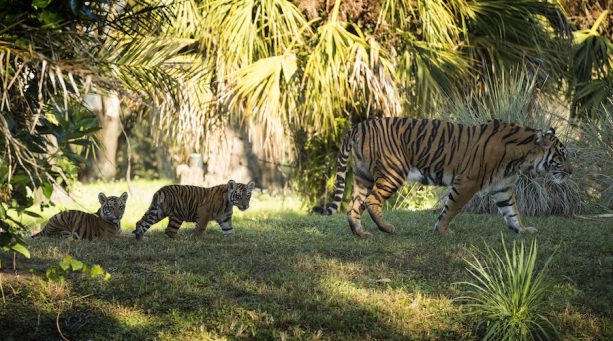 So how cute are little Anala and Jeda?  Who else can’t wait to go and see them at Disney’s Animal Kingdom?