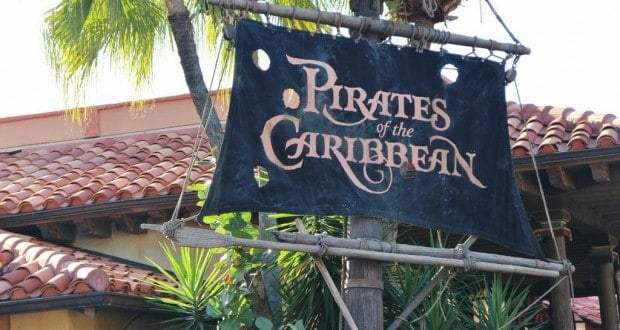 Disney Parks Blog made an interesting announcement today.  It appears that Pirates of the Caribbean has been under refurbishment at Disneyland Paris with the new changes opening at the park on July 24th.  We have learned one of the major changes within the attraction will also be made at the Walt Disney World version of the attraction in Florida, as well as the Disneyland version of the attraction in California.  This major change impacts the iconic and famous scene with the “redhead” where she appears at the “wench auction” and you hear the pirates chanting, “we’s wants the redhead”.

With this change, the “redhead” will still be in the attraction, but with an entirely different role.  Per Disney Parks Blog, “You’ll even discover that a familiar character is playing a new role joining the pirates ranks and helping the local townspeople “unload” their valuables at the Mercado auction.”

Here is the artist rendering of what we can expect the new scene to look like without any reference to a “wench auction”. 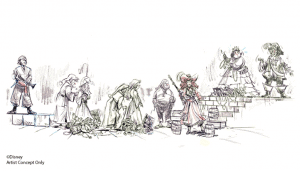 This is a fairly major change to the story from the original attraction.  The “redhead” is a popular character within the attraction, so we are at least very glad that she won’t be going anywhere.  These changes are confirmed to be coming to Walt Disney World in 2018 with specific opening dates still unknown.

What do you all think of these new changes?  Are you excited to see what it will all look like when it is done?