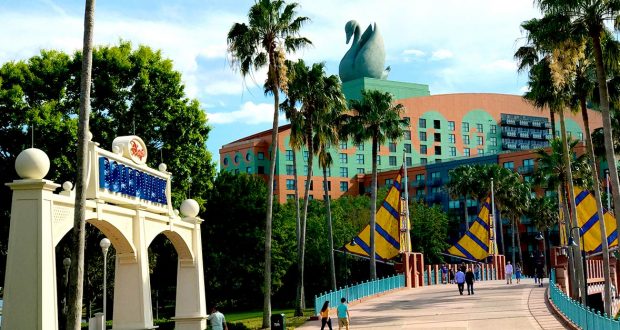 The Swan and Dolphin Resort located within Walt Disney World is the home to a variety of different dining locations.  We have learned that the resort has names a new executive chef to serve over all 17 dining locations within the resort.  The new executive chef will be Chef Dan Herman.  He will be responsible for a team of over 200 across all of the locations.  He was previously Executive Sous Chef prior to his promotion to Executive Chef.  Chef Herman has been in the industry for over 20 years and has been a part of dining events that have taken place at the resort, including the Food and Wine Classic held in October.

The Swan and Dolphin Resort is actually not owned by Disney.  Tishman Realty & Construction and MetLife actually own the resort and then Marriott International, Inc. manages the property.

The resort is home to 4 different signature dining locations including:

Who has dined at one of the locations at the Swan and Dolphin Resort?