According to Peter Cameron’s Linkedin account, he is joining another Marvel show for Disney+.  Known for the extremely popular WandaVision, we are thrilled to see what he comes up with next. 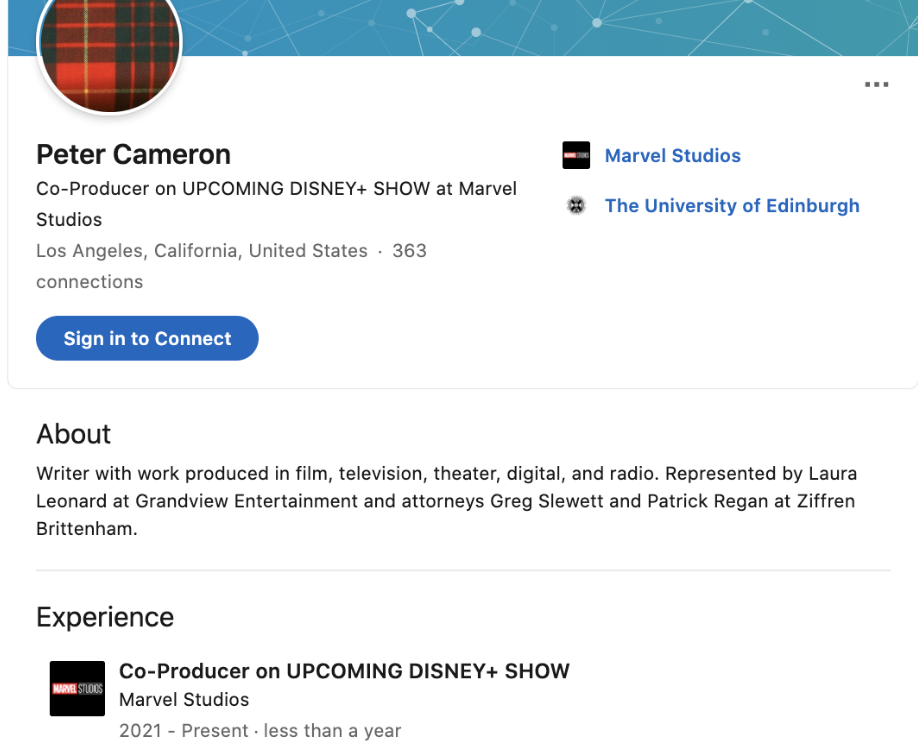 Lots of Marvel shows have been announced for Disney+ which include “Hawkeye”, “Ms Marvel”, “Moon Knight”, “She-Hulk”, “Armor Wars”, “Secret Invasion”, and a Black Panther Wakanda based series.  We aren’t sure which one he is going to work on but we know it will be outstanding.

What do you think Peter Cameron will be working on?  Do you have a preference?