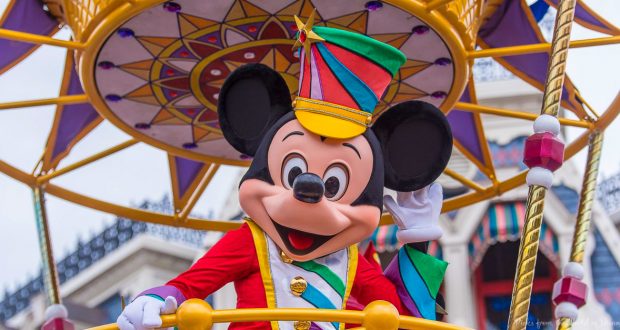 We announced previously that The Big Cheese, Mickey Mouse, would be celebrating a huge milestone birthday this year.  This year Mickey Mouse is set to turn 90!  His birthday is on November 18th, which is the date that Mickey first appeared in the film, Steamboat Willie, on November 18th, 1928.  Disney Parks Blog announced that the birthday celebration this year would be the “World’s Biggest Mouse Party” around the globe.

The cover of Disney twenty-three magazine will feature a painting of Mickey Mouse for his 90th birthday created by Mark Henn, one of Disney’s animators.  D23 will also host a special event at Walt Disney World to honor the Big Cheese, Destination D: Celebrating Mickey Mouse.  The event will last for two days and will include panels, themed presentations and entertainment.  It is a special ticketed event for D23 members and their guests.

Not only will there be celebrations across the Disney Parks, there will also be a celebration on ABC completely dedicated to Mickey Mouse.  There will be a birthday episode of Disney Channel’s Mickey Mouse cartoon shorts, plus the addition of a bunch of new books, arts, crafts and more being released by Disney.  For all of you Disney on Ice fans out there in the Asia Pacific area, you won’t want to miss Disney on Ice presents Mickey’s Special Celebration.  It will be on tour in July in the Asia Pacific area.

There are sure to be a lot more surprises coming to Walt Disney World and the other Disney Parks and we will keep you posted as soon as we hear more!