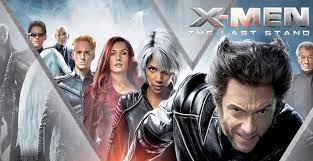 Mark your calendar for May 14th as Disney announced that X:Men: The Last Stand will be joining Disney+

This film focuses on the discovery of a cure for mutations but it leads to a turning point for the main characters. They have to choose between their powers and becoming fully human. With war looming in the distance, each has to make a tough choice.

Are you excited to have this movie join Disney+?