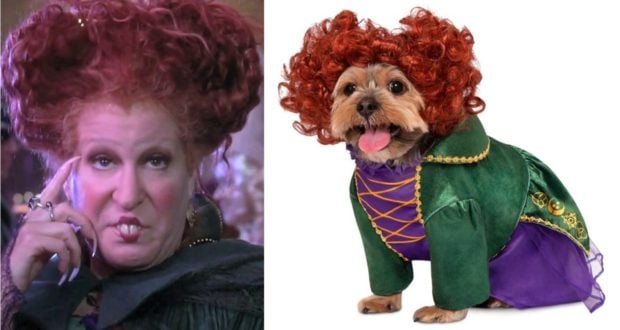 You Can Dress Your Dog As Winifred Sanderson From Hocus Pocus

Yes, you read that correctly! If you’re a fan of all things Hocus Pocus, why not let your four-legged friend become a fan as well? It’s no secret that Hocus Pocus has a massive cult-like following… and rightly so! Walt Disney Pictures first released the Hocus Pocus film in 1993. Now, 28 years later, we are still talking about the frightfully good movie. We’re especially excited that Disney has announced Hocus Pocus TWO is scheduled to arrive Fall 2022. And now, we’re seeing the Hocus Pocus craze arrive in costume form for our pup! Disney is selling a Winifred Sanderson Hocus Pocus costume, and we aren’t sure we can keep ourselves from adding it to our shopping bag. 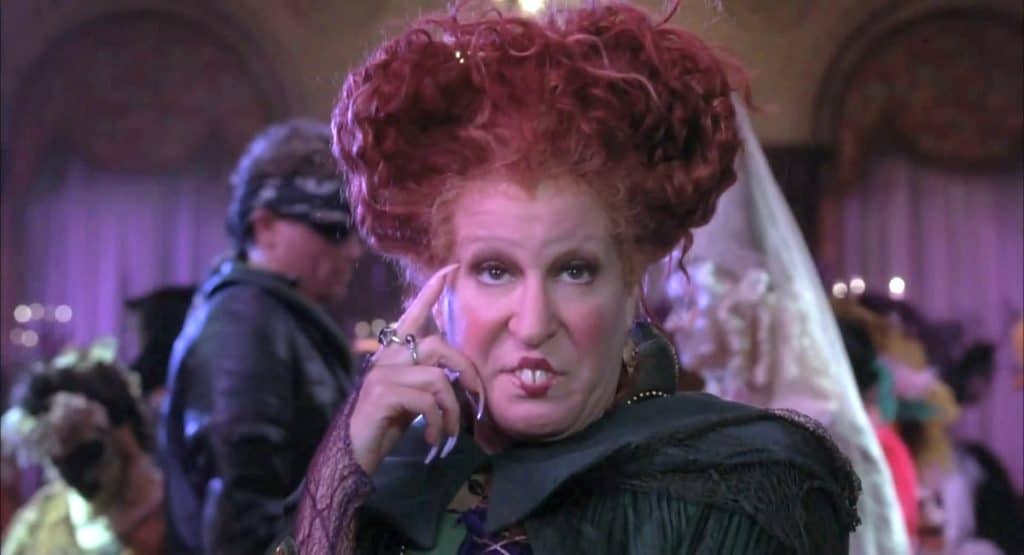 The Winifred Sanderson Pet Costume by Rubie’s – Hocus Pocus is available via shopDisney for $26.99 – $29.99 depending on size needed. “Perfect for howl-oween parties, pet parades and other animal antics, this Winifred Sanderson costume by Rubie’s will have your pooch looking spellbinding as the most powerful of the witch sister in Hocus Pocus. Magic in the details: Winifred Sanderson costume for pets includes dress and wig; Green velvet dress features gold trim, sublimated designs on the skirt and a front purple panel with crisscross design; Purple satin and purple organza underskirts; Self-stick fabric fastener on underside; Wig attaches with elastic band and adjustable toggle; Inspired by Hocus Pocus” 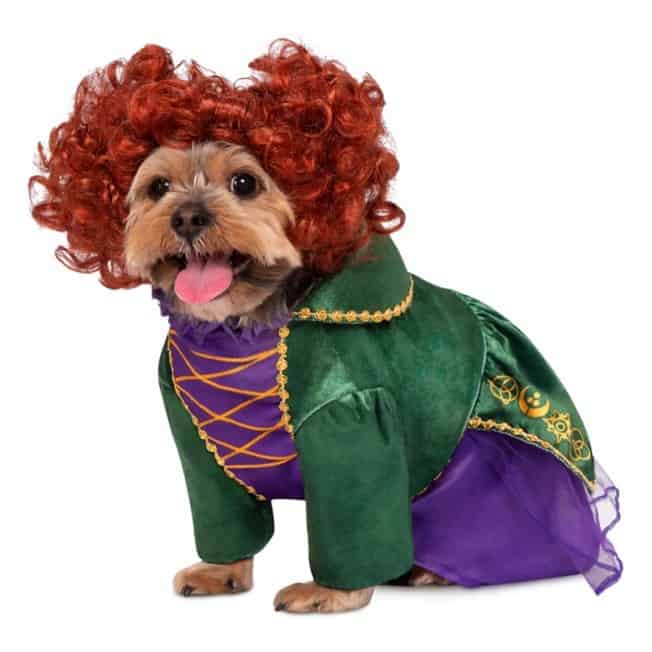 This is too hilariously fantastic! Sorry to say that at the moment, Disney isn’t selling the other two Sanderson Sisters, Mary and Sarah. We’ll be sure to keep you posted however if they add those pup costumes to the list. In the meantime, you can at least get the most frightful Sanderson Sister – Winnie. Will you be dressing your pup up as Winnie Sanderson this Halloween? Happy shopping, dog and Disney lovers!