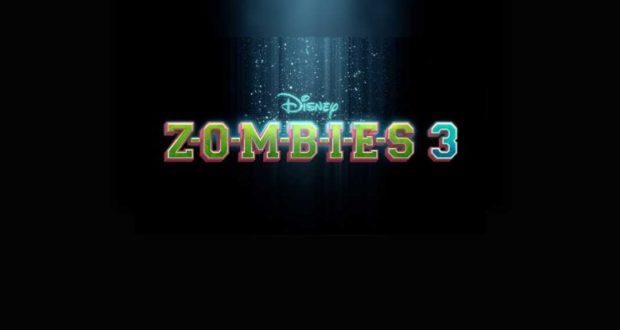 Be aware that if you are in Toronto, there might be some strange characters around as Zombies 3 begins production.

Production started on Zombies 3, the third and final story in the Zombie story line, on May 31st and is scheduled to be wrapping up around July 19th.

The University of Toronto, Mississauga received the pink and green treatment, to become Seabrook High School. 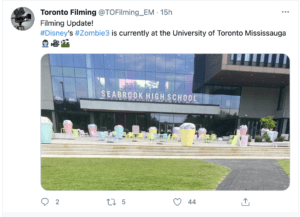 We learned back in May that High School Musical The Musical The Sries star Matt Cornett would be joining as one of the aliens.  The telepathically connected newcomers arrive in Seabrook as Zed and Addison begin their final year at Seabrook High in the town that’s become a safe haven for monsters and humans alike. Zombies, werewolves and humans are equally shocked by the arrival of these mysterious extraterrestrial beings.

Are you excited to see what comes of this group?