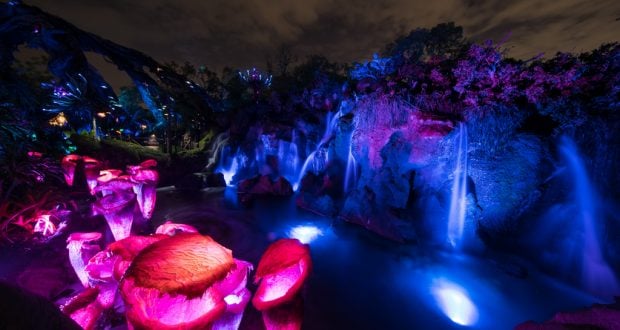 Walt Disney World is a truly impressive place. From the intricate amount of detail that goes into every attraction, land, dining location, and resort to the massive behind the scenes operation that occurs every day to keep the show running smoothly, there are so many things that guests might overlook or never know about! Some of these things occur only out of guest’s view, but others are basically hidden in plain sight. Here are eleven mind blowing facts about Walt Disney World.

Walt Disney World resides on a massive piece of property that was purchased by Walt Disney himself back when it was referred to as the “Florida Project.” Disney purchased 47 square miles of land, which might not sound that impressive until you consider that it’s twice the size of Manhattan! In addition to having so much space, it is interesting to point out that only a small fraction of that land has been used to construct the theme parks, resorts, and Disney Springs that guests can enjoy today. With so much land left to use, who knows what great things will be developed in the future!

Another Animal Kingdom favorite is the newest land, Pandora – The World of Avatar. If you’ve visited this land, chances are you were impressed with its sheer beauty! You were likely rushing to one of the two attractions held in this land known as Avatar Flight of Passage and Na’vi River Journey. If you have a moment to stop and explore Pandora’s setting (the Valley of Mo’ara), you might want to look up at the unbelievable floating mountains. Get this – there are 22 floating mountains in total! Plus, look around at the lush landscape and be in awe of the 250 varieties of living plants that are integrated with Pandoran plants. Just amazing!

One of the most underrated attractions in the Magic Kingdom is the Swiss Family Treehouse which allows guests to enter the family’s home and climb to the top of the tree for sweeping views of the park. While the home and everything in it may look authentic, the tree itself is manmade. Perhaps the most impressive fact that most guests have probably never heard before is that the tree is covered in thirty thousand artificial leaves!

Cinderella Castle might look like it was constructed with real stone and bricks, but many guests will be surprised to know that neither of those materials were used in its construction! Cinderella Castle is comprised mostly of steel and concrete with a fiberglass casing that can withstand any hurricane that passes through Central Florida.

Walt Disney World is literally full to the brim with Cast Members providing every type of service from attraction attendants to custodians and food servers to engineers. With so many different positions for Cast Members to hold, it is pretty mind blowing to think that Walt Disney World employs the most people in one location in the entire country! No wonder so many people want to be Cast Members!

The Twilight Zone Tower of Terror is one of the most menacing buildings in Walt Disney World and it looms ominously over Sunset Boulevard in Disney’s Hollywood Studios. Many guests might not realize that the attraction is only one hundred and ninety nine feet tall as it seems much larger due to forced perspective and its placement on Sunset Boulevard. The Tower of Terror was specifically made to stand at that height as any building over two hundred feet would have required blinking red air safety lights on the top of the structure. Obviously blinking red lights would have taken away from the overall appearance and story behind the attraction, so the building was made to be one foot short of the requirement on purpose!

Many guests might feel as though they are actually rocketing through space at a galactic speed while riding Space Mountain, but they might be surprised to learn that it isn’t even close to being the fastest attraction on property. In fact, Space Mountain only reaches a top speed of twenty eight miles per hour! The fastest attraction in Walt Disney World is actually Test Track Presented by Chevrolet clocking in at sixty five miles per hour.

Epcot’s The Seas with Nemo and Friends is home to two different attractions, several exhibits, and countless species of sea creatures. To accommodate all of the creatures who reside there, the aquarium had to be massive and holds 5.7 million gallons of water! The aquarium is also so wide in diameter that Spaceship Earth could actually fit inside it!