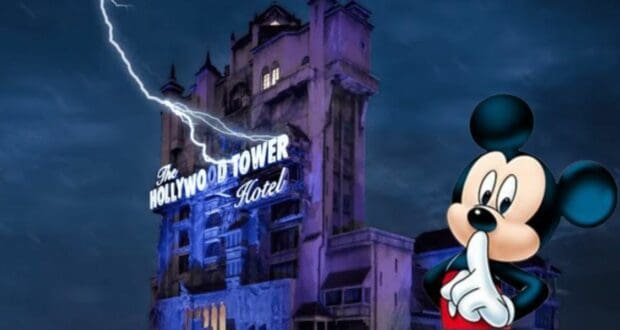 The Tower of Terror Secret That No One Talks About

A Walt Disney World vacation has a multitude of thrills to suit any Guest.

From the twists and turns of Rock ‘n’ Roller Coaster Starring Aerosmith and Star Wars: Rise of the Resistance to the adrenaline of rope-dropping a theme park or navigating Disney Genie+, the Lake Buena Vista Resort has a thrill for everyone on their Disney vacation.

The Disney attraction is full of well-known tricks, hidden Mickeys, and incredible Imagineering details, but there is one Tower of Terror secret about the beloved Disney Park ride that not many Disney World Guests are aware of. 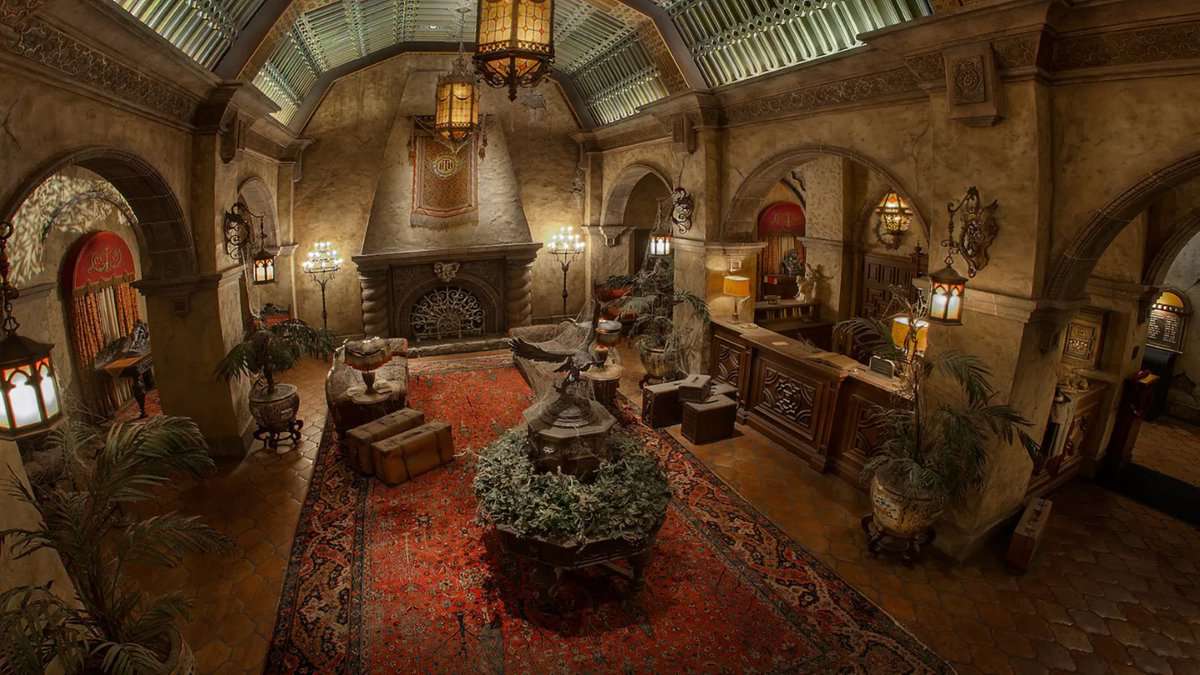 Full of amazing references back to the television series starring Rod Serling, with a creepy library pre-show and amazingly themed lobby area, The Tower of Terror is synonymous with scares and “the glitz and the glitter” of Hollywood and is full of Imagineering tricks and tidbits that any loyal Disney Guest could tell you about.

For example. many Guests can recite the Rod Serling pre-show spiel and recount that this pre-show footage was taken from The Twilight Zone television show itself. The opening lines are spoken by Serling himself, however, an impersonator named Mark Silverman narrates the remainder of the video. Imagineers spent hours lining up the lip sync with the footage of Serling and degrading the digitally recorded dialogue to match the 1960s analog sound quality of the original show. 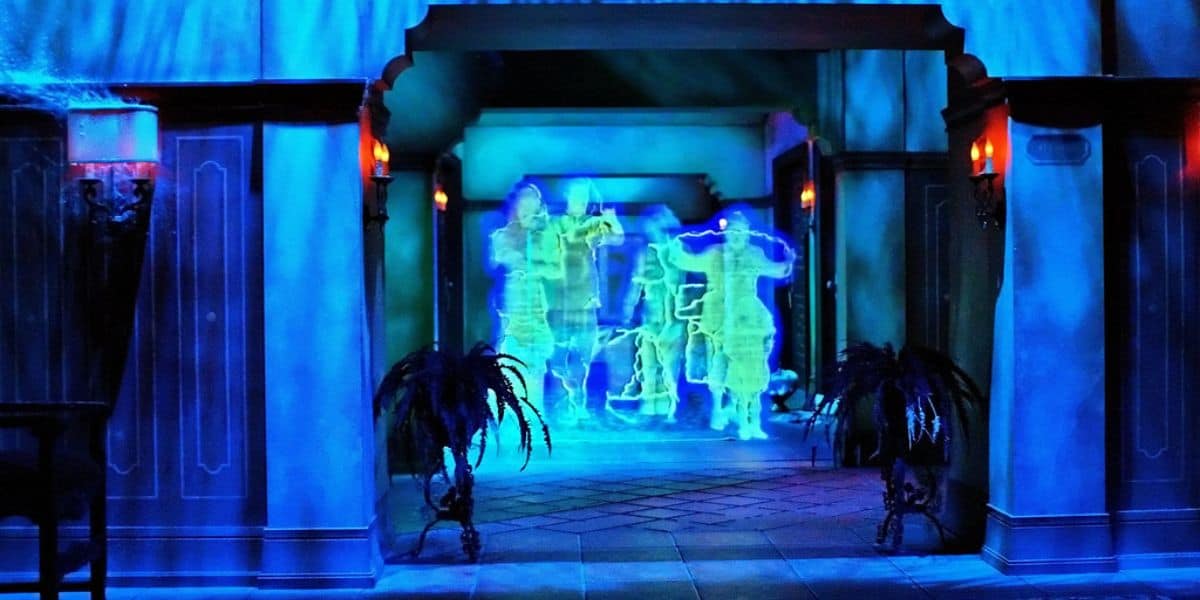 Furthermore, Guests know that the ride uses the same trick as in Disney’s Haunted Mansion – “Pepper’s Ghost.” The ghostly figures are projected via a mirror onto a diagonal sheet of glass, giving Guests the impression that they are seeing ghosts in the corridor. The corridor is made to look longer than it really is using a forced perspective technique, with the elements at the far end being smaller than those that are closer to riders. In fact, the corridor is 10-feet-high at the front, and only 4-feet-high at the back.

Well, brace yourself, because not all of the screams you hear are real! 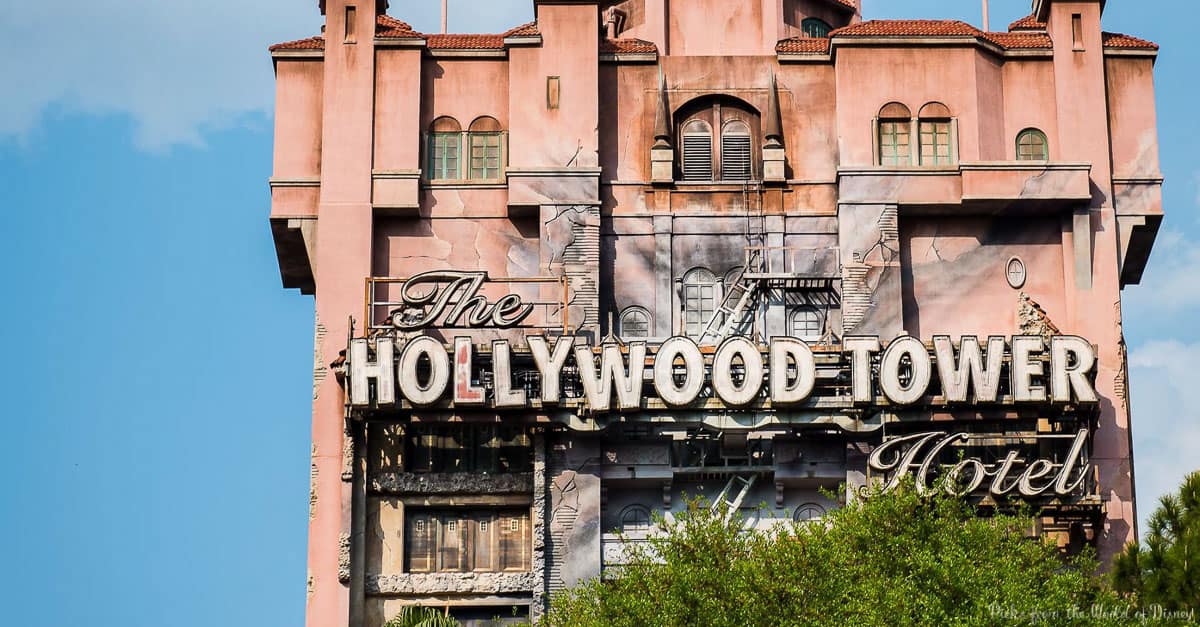 Believe it or not, Disney actually plays a recording of screams to make the Hollywood Tower Hotel more intimidating and more menacing. Listen closely on your next visit to Disney’s Hollywood Studios theme park and you may notice they sound the same every once in a while!

What you’re actually hearing is a recording from speakers strategically placed on the walkways near the ride, enticing thrill-seekers into the Twilight Zone queue and creating a more atmospheric Sunset Boulevard version of Hollywood.

So, the next time you are walking down Sunset Boulevard, listen closely to those screams you hear coming from the Tower of Terror and you be the judge if they are part of a recording, or if they are coming from other Guests being dropped into the Twilight Zone!

Guests recently have been mourning the loss of Walt Disney World’s second Tower of Terror. For years, Guests driving down World Drive at the Walt Disney World Resort had encountered the promotional sign of Disney’s Hollywood Studios’ iconic ride. The nostalgic sign had long been advertising the Twilight Zone Tower of Terror and featured a free-floating elevator moving within the famous Hollywood Tower Hotel.

The Walt Disney World Resort officially removed the Tower of Terror sign back on July 14, 2022, and Disney Park fans are heartbroken. The news caught many Disney Guests by surprise, with lovers of the billboard taking to social media to bid adieu to the sign that had become a core childhood memory. 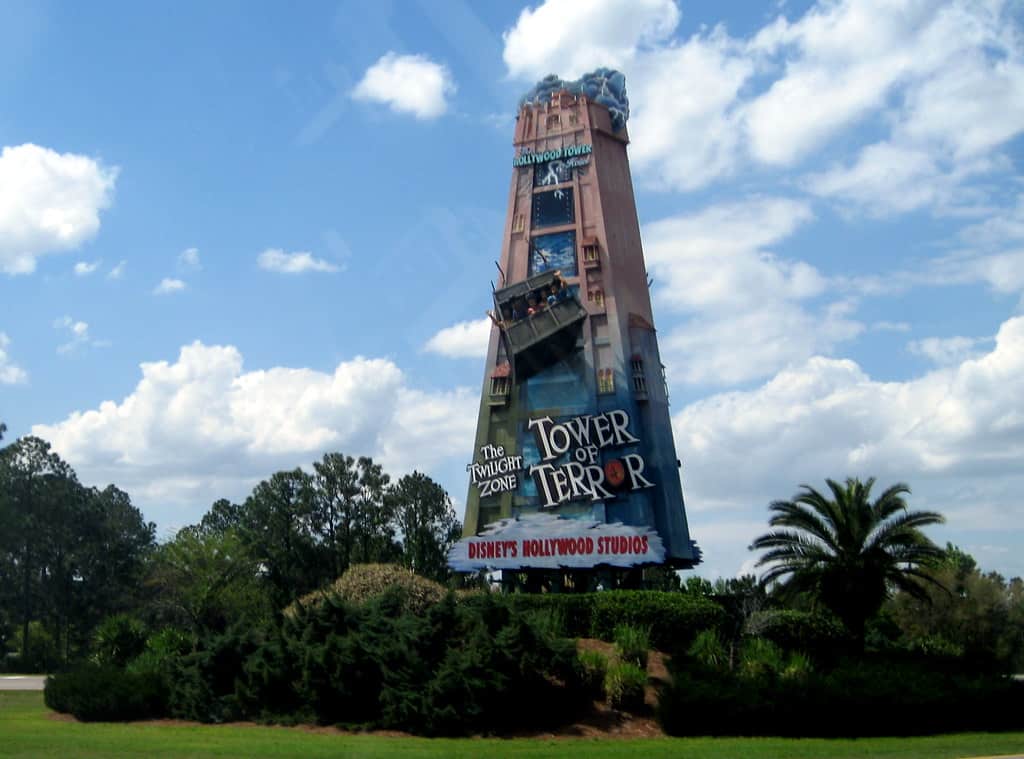 The attraction itself has many incarnations across Disney’s theme parks, but all have the thrilling elevator drop that gets real – and fake – people screaming! At Disney’s Hollywood Studios in Florida, the Hollywood Tower Hotel is located on Sunset Boulevard and takes Guests through a spooky library preshow to the service elevators featuring none other than Twilight Zone host Rod Serling.

Tower of Terror was, in fact, the first theme park ride to be adapted into a movie, with a made-for-television movie released back in 1997 starring Steve Guttenberg and Kirsten Dunst.

A new movie based on the famous Disney ride is in development, with Thor: Love and Thunder (2022)’s Taika Waititi having signed on to direct the Tower of Terror movie. The MCU’s Scarlett Johansson was announced to be both starring and producing in the new movie adaption of the beloved elevator ride.

2022-11-01
Melissa Cannioto
Previous: Child Left Alone by a Restroom as Other Guests Watch for Parents’ Return at Disneyland
Next: The Peter Pan’s Flight Secret That No One Seems to Know