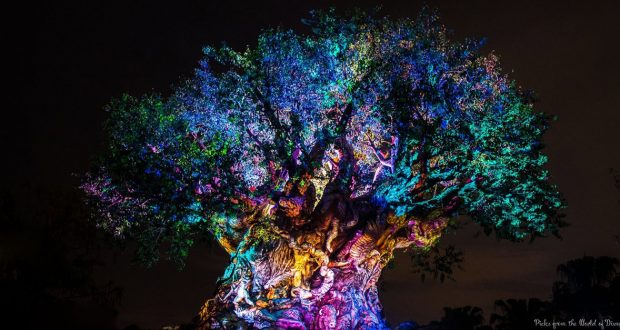 Years ago, many guests were under the assumption that Animal Kingdom was a “half-day park.” With the opening of Pandora and additional evening offerings, the park is most definitely a full-day park if not a one or two-day park. Even so, guests are still encouraged to arrive early so they can enjoy experiencing the animal exhibits while the animals are most active. Guests tend to see more animals on Kilimanjaro Safaris and the various walking trails in the morning while the animals are the most awake. Additionally, arriving early can be a valuable tip in the way of experiencing attractions with little or no wait.

Animal Kingdom is not as known for its dining options as its counterparts in various other Disney locations, like Epcot for instance. While some guests assume the dining offerings in Animal Kingdom will be too adventurous for their tastes, there are actually plenty of restaurants that most guests would love. While Tusker House has some unique dishes, this location is a buffet, making it an excellent way to try different things you do not normally have at home. Tiffins is more unique than most Disney restaurants, but the small plates menu offered during lunch is another easier way to try new foods. The park’s other restaurants are not overly adventurous at all, and even so the food in Animal Kingdom is quite delicious and worth giving a chance if you have not done so already.

Animal Kingdom is also home to some of the most unique shops at Walt Disney World. With gifts coming directly from various countries in Africa, where they were handmade by local artisans, you’re sure to find much more than your typical Disney souvenirs. The park is also great for the fashion-forward guest with the focus on animal prints and whimsical yet natural clothing and accessory designs.

Visiting Animal Kingdom without making FastPass reservations in advance has often been a mistake, however this problem is even more of an issue with the recent opening of Pandora. Keep in mind that the two new attractions, Avatar Flight of Passage and Na’vi River Journey are under Tier 1 while the other attractions are on Tier 2. This means you can only FastPass one of the new attractions with your initial three FastPass selections. With any new attraction your best bet for a short wait time is to make a FastPass as soon as you are able to. Even if you aren’t interested in Pandora’s attractions, it is always a good idea to have FastPasses secured for rides like Dinosaur, Expedition Everest, and Kilimanjaro Safaris.

Animal Kingdom features some of the best shows at the Walt Disney World Resort, and far too many guests skip them in favor of going after rides instead. Whether it be fun and entertaining musicals like Festival of the Lion King or Finding Nemo: the Musical, 3-D shows like It’s Tough to be a Bug, or more educational, conservation based performances like UP! The Great Bird Adventure, Animal Kingdom’s shows are truly top notch and offer something for everyone.

It is always surprising to see how many guests visit Animal Kingdom and hardly see any animals. Too many guests focus solely on rides UP! The Great Bird Adventure, definitely make it a point to see at least some of the animals. They are the reasons the park exists after all!

We don’t often realize this, but Animal Kingdom is actually the hottest park. We may think the opposite due to the number of shaded areas, but these same plants that provide the shade actually give off heat. So while the sun may not be coming in as strong, you’re sure to feel the heat, which means that staying hydrated is a must.

8. Passing Up Character Meet and Greets

Animal Kingdom has some more unique character meet and greets that aren’t available around other locations at the Walt Disney World Resort. Whether it be the characters from Up! or Pocahontas, there are plenty of characters to meet to make your day in Animal Kingdom extra special.

So much detail went into designing Disney’s Animal Kingdom that sometimes gets overlooked by guests rushing from attraction to attraction. When visiting the park, take a moment to slow down and take in the details. Only then will you feel fully immersed in each land, and you will get so much more out of your visit to the park.

10. Leaving Before the Evening Hours

You don’t want to skip out early from Animal Kingdom! Now coming to life at night, guest have the opportunity to enjoy an amphitheater style show called Rivers of Light where nature is celebrated in an incredibly beautiful way! The Tree of Life Awakenings is a perfect way to cap off the evening with its projections and music lighting up the iconic Animal Kingdom symbol. And finally, stop back by Pandora – World of Avatar to see this beautiful land glow at night!