Last week around the water cooler at the office, you and your co-workers started talking about Disney World. After a few exchanges, your office mate says, “You’re an addict!” (and we’re sure she meant it in the best possible way). Or perhaps you were waiting in the pick-up line at the kids’ school yesterday when you and a few other moms begin to share your Disney World trip stories. And even though they each had been to the parks once or twice, it was quickly decided that of everyone in the group, you are the biggest Disney addict. Surely you weren’t surprised by this, but you might have found yourself wondering what made it so clear to these people that you’re addicted to the Mouse and the Man behind him. We’ll bet you exhibited one or more of the following 10 signs and symptoms of diehard Disney fans. You might be surprised!

10. You’re always up for a Disney World convo.

Whether it’s a family member, friend or acquaintance in Sunday School or the PTA, when someone has a question about Disney World trip planning, suddenly your calendar clears, your errands can wait, and you call Gran to go pick up the kids from school. After all, planning a trip to Disney World is a rite of passage, and you see yourself as an ambassador of sorts—sharing your expertise and excitement about the parks so that everyone can be a part of the magic.

9. You can give Walt’s biography with intricate details and with spot-on accuracy.

For you, the addiction begins with Mickey—but it doesn’t stop there. Sure, everyone knows the Main Mouse was born in 1928, but you know that he was born on a train in the late 1920s when Walt and his wife Lillian were on their way home from a getaway following a terrible upset for Walt involving a long-eared bunny named Oswald, a contract and a sneaky contract loophole. Doesn’t everybody? 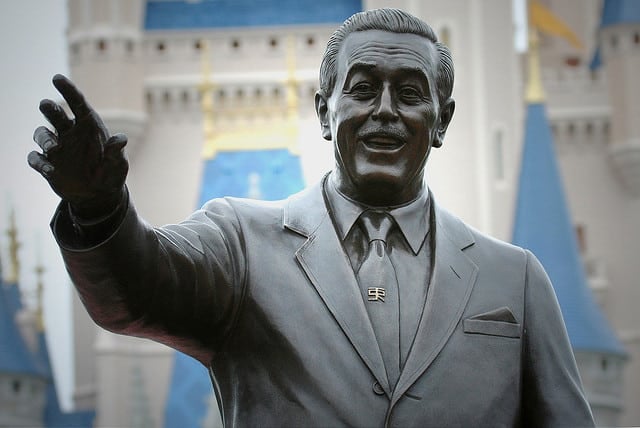 8. You only speak about Universal in a whisper since it feels like blasphemy.

Because you’re such a diehard Disney addict, you can barely even say the word “Universal,” but when you must, you do so in a whisper, so as not to offend the Disney fairies you’re sure are all around us. And when a non-Disney addict suggests darkening the doors at Universal—as though that were in some way equivalent to a trip to the parks—you nearly become nauseous and begin to feel guilty for even being a listening party in such a conversation. It feels like treason to even consider a Universal visit when Disney World is staring you in the face. Maybe someday they’ll understand. . .

7. You remember oldies from the parks.

Not only do you remember them because you experienced them firsthand, but you’re sentimental about the replacement of Dreamfinder, the final curtain call of the Great Movie Ride, the last march of the Main Street Electrical Parade, the cupboard closing on the Kitchen Kabaret, the last voyage of the Maelstrom and Mr. Toad’s final wild ride. 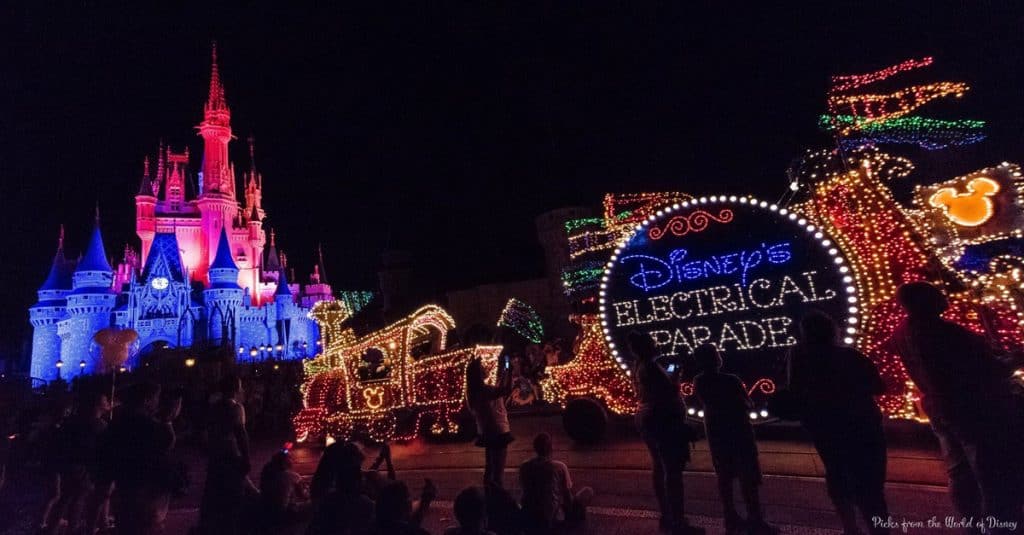 6. You always know the upcoming theatrical releases in chronological order.

Whenever the topic of new movies comes up, your mind goes straight to Disney’s upcoming live-action remakes and the second (or fourth) installments of a PIXAR franchise (Toy Story, Incredibles, Cars).

Yes. Yes, they do. And you’re a Disney superfan if your fur babies also sport Disney Parks-licensed dog clothes and drink from stainless steel water bowls with Mickey heads around the rim. (You know, the ones you bought at the Emporium on your last day at Magic Kingdom!)

4. You see hidden Mickeys everywhere. And point them out to others.

You just can’t help it. You see the Mouse in everything—in a place setting, in an arrangement of bowls on a table, in paint splatters, in the clouds. . . the list goes on! 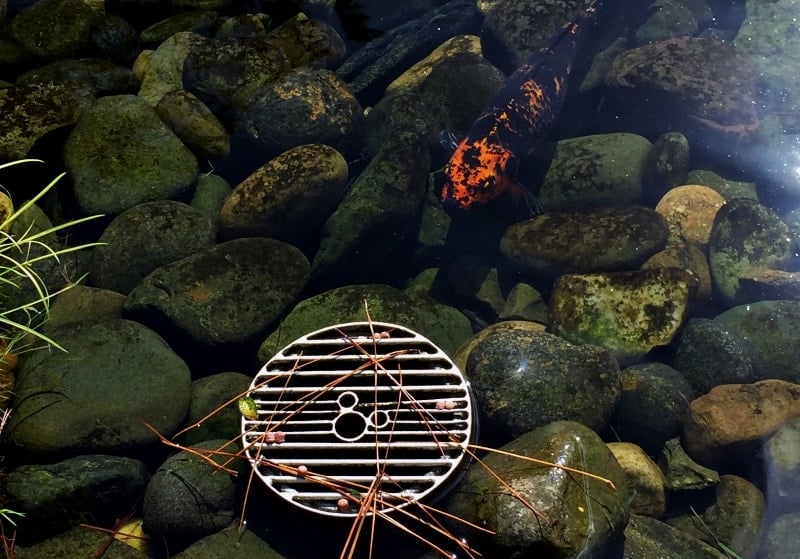 3. You always dress the part in the parks.

Disney bounding? Sure, you’ve done that, but we’re talking seriously dressing the part. You’ve got leggings with the Spaceship Earth triangle pattern on them. When you hit the parks in 2018 to celebrate the opening of Toy Story Land, you didn’t just bound as Bo Peep; you went all out and your ensemble included the clouds wallpaper pattern from Andy’s room, a backpack with Woody and Buzz on it, a Pizza Planet shirt, etc. (And this wasn’t the first time you exhibited such enthusiasm for a parks event!) Any day you’re at Magic Kingdom, you rock a Disney-themed ensemble. (You also checked at least one suitcase of ears at the airport—some you bought in the parks and some you purchased custom through Etsy—and you didn’t mind paying the extra $25 the airline charged. Necessities, ya know?)

2. On any given day, you know exactly where you are in your Disney World countdown.

Perhaps simply having a Disney World countdown earns you the title of Disney Addict. But you get bonus points for knowing—365 days a year—how many days it is until your next park pilgrimage, no matter when you’re asked. Bonus points for replying to posts on Disney fan pages on Facebook that ask where you are in your countdown—and gold stars for those of you who have it down to hours and minutes!

1. When you’re asked about your favorite places to travel, your answer always involves the parks in one way or another.

You won a trip to Paris? Great, but you’re only going if the package includes a day or two at Disneyland Paris. A high school reunion in San Bernardino? Sure, but if there’s no time for a trip to Anaheim, then you’re too busy for any part of the trip. And yes, you are well aware of the number of entertainment venues in the Orlando area—and props to them; if others want to storm those gates on vacation, you won’t judge, but you can’t for the life of you understand why anyone would be so close to Disney World and not make the entire experience about Disney! And—by the way—you’re quick to point out that Disney World—contrary to popular belief—is NOT located in Orlando; in fact, you know that there are more than 20 miles between Orlando proper and Magic Kingdom, and that if I-4 is feeling fussy that day, it can take 45 minutes to make that drive! 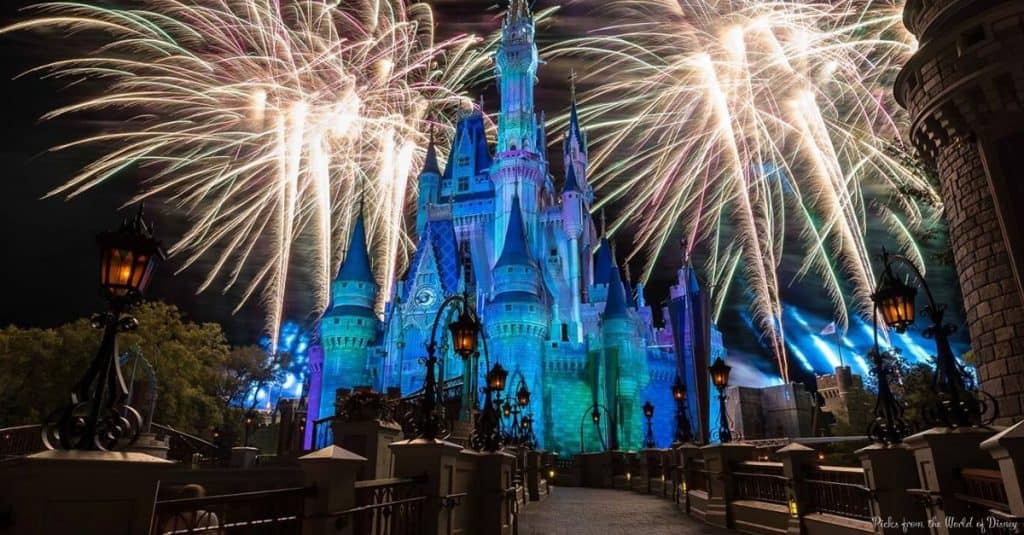 Wow! You really are a Disney addict! Welcome to the club!