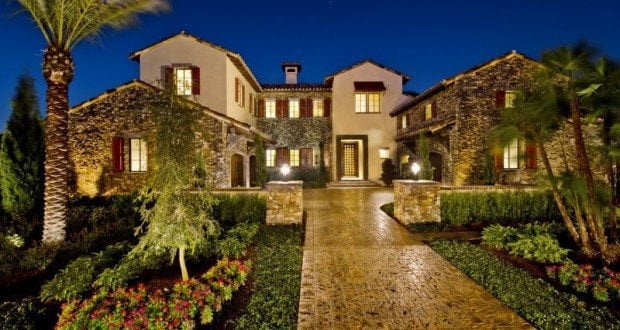 If you are a diehard Disney fanatic, then you will definitely be interested in checking out Golden Oak at Walt Disney World.  This isn’t another resort, but rather a true Disney residential neighborhood that offers a lot of perks and extras to the residents who live there.  Check out these 10 things to know about Golden Oak: A Disney Dream Neighborhood:

Golden Oak is located within the Bay Lake area close to Magic Kingdom.  It is a residential community of individuals who live on Walt Disney property and receive special Walt Disney World services, too.  It was named after Golden Oak Ranch in California, which is where many of the early Disney movies and shows were filmed.  This amazing community was created by Walt Disney Imagineering, so this is definitely a Disney fanatic’s dream! Residents who live here get to say that they won a piece of Walt Disney World property.

9. It is extremely expensive.

These definitely aren’t residences that just anyone would be able to buy.  The homes start around $2 million and go beyond $10 million.  That definitely isn’t pocket change is extends beyond the budget of most families.  But hey, we can dream, right?

8. There are exclusive restaurants on the grounds.

Golden Oak is the home to two exclusive restaurants.  One is called Markham’s, which is named after the character Mary Markham from a Disney series, Spin and Marty.  The other is Bolton’s, which is names after Fred Bolton who was a character on an older Disney film, The Horse in the Gray Flannel Suit.  Guests are typically only able to dine here if they are a resident or know someone who is a resident.  Occasionally there are special dining events offered where guests can purchase a pricey ticket to be able to dine at one of the locations.

7. The residential community occupies around 980 acres.

If you can’t imagine how large 980 acres is, then think about how large the Magic Kingdom, Epcot and Disney’s Hollywood Studios are combined and then double that amount.  That is around how much space has been allocated for the community, which is expected to be around 300 different homes and residences.

Residents at Golden have a lot of opportunity to experience a wide variety of activities, thanks to the great events that are offered.  There are activities like culinary demonstrations, parties, yoga and other exercise classes, social mixers, seminars and more.  All of this, plus all of the fun of Walt Disney World that surrounds them on a daily basis!

Summerhouse is the community’s exclusive clubhouse. Summerhouse is where the dining locations reside.  There is also a heated pool, fitness facility, game room and more.  There are a variety of different community events offered throughout the year, too.  It gives residents that resort feel right within their home community.

There is a Member Services located in Summerhouse just for residents.  These cast members will help Golden Oak residents purchase tickets, make reservations, plan special occasions, book spa services and other appointments, etc.  They will take care of any Walt Disney World planning needs that a resident may have. It would be amazing to have your own built-in Disney concierge!

3. The community is still in development.

If living in Walt Disney World is your dream, the community is still in development.  There are still neighborhoods being constructed if you have the money to make this dream a reality. You can check out the neighborhoods and available lots or look at existing houses that may be for sale by other residents.

Just when you think it couldn’t get any better, when residents are shopping at one of the many Disney owned and operated locations within Walt Disney World, they can have their packages shipped to Summerhouse for free.  This lets residents shop and enjoy the parks and then pick up their items from their private clubhouse once they return home. How cool is that?