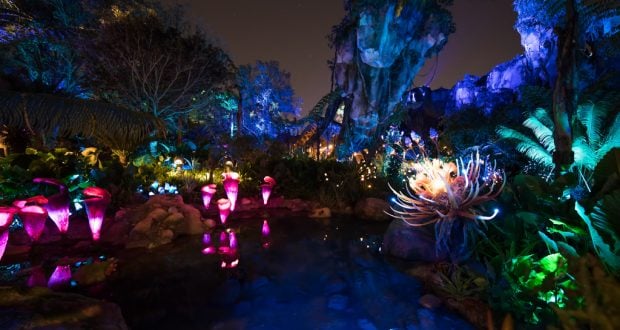 Walt Disney World is a truly massive vacation destination with dozens of attractions and wonderful experiences spread out through the four theme parks, two water parks, Disney Resorts, and Disney Springs. With so many amazing things to enjoy, it can be hard for guests to decide what the absolute must dos are on their vacations. While every experience in Disney is sure to be magical, there are some which are just too great to miss. From thrilling mountains and classic fireworks to African safaris and seeing the world, these are some of the best experiences Disney has to offer. Here are the top ten things we would do in Walt Disney World!

One of the most beloved and classic attractions in all of Walt Disney World can be found in the Magic Kingdom’s Liberty Square. The Haunted Mansion invites guests into a stately manor home where nine hundred and ninety nine happy haunts reside. As guests board their Doom Buggies and make their way through the house, they are guided by the disembodied Ghost Host who shows them all sorts of eerie and spooky occurrences along the way. No visit to Walt Disney World is complete without enjoying the Haunted Mansion!

2. Pandora – The World of Avatar

Pandora – The World of Avatar is the newest land in the Animal Kingdom theme park. Besides the floating mountains and cascading waterfalls, you will find two extremely popular attractions known as Avatar Flight of Passage and Na’vi River Journey. Outside of these two attractions, the land is almost like an attraction itself with stunning beauty and ability to interact with guests… especially as it glows at night with glowing walkways and on the unbelievable glowing Pandoran plants. Definitely a new must-do!

3. The Mountains of the Magic Kingdom

While the Magic Kingdom features many classic attractions, it also is home to plenty of big thrills in its mountain range. The park is home to four different thrilling attractions all housed in mountains. Frontierland features Big Thunder Mountain Railroad which brings guests on the wildest ride in the wilderness through the mining town of Tumbleweed. Found right next door is Splash Mountain which follows the story of Br’er Rabbit as he sets off in search of more adventure. The thrilling attraction ends with a soaking drop into the Briar Patch below. New Fantasyland is home to the Seven Dwarfs Mine Train which brings guests into the mines where the dwarfs work while offering up beautiful views of the surrounding areas. The final mountain found in the Magic Kingdom is Space Mountain in Tomorrowland which brings guests on an out of this world adventure through space in near darkness.

5. Soarin’ Around the World

Epcot is home to plenty of amazing attractions, but one of the most popular can be found on the lower level of The Land Pavilion across from Living with the Land and Sunshine Seasons. Soarin’ Around the World invites guests on a beautiful hang gliding experience over some of the most amazing locations in the world. Guests will truly feel as though they are flying high over sights like the Great Wall of China, the Sydney Opera House, and the Eiffel Tower during this amazing attraction.

Each night in Epcot is brought to a close with a showing of Illuminations: Reflections of Earth. The nightly show is performed on World Showcase Lagoon and combines laser lights, dancing water, beautiful music, pyrotechnics, fireworks, and a massive globe to tell as moving story of how all people are connected on Earth. Illuminations: Reflections of Earth can be seen from all around World Showcase, but guests should be sure to find a spot early as it is very popular!

Get ready to shrink down to the size of toy while having a blast in Andy’s backyard! Toy Story Land is open at Hollywood Studios and we for one can’t get enough of the fun atmosphere and incredible attractions. The “oldie” but goodie in the land, Toy Story Mania, is still as popular as ever with it’s 3D, arcade style ride. Slinky Dog Dash however is stealing the spotlight! Slinky Dog Dash is a family-friendly coaster where Slinky Dog takes guests on dips and turns throughout Andy’s backyard. After the coaster, get your Alien fix! That’s right, the little green Aliens from Toy Story have their own attraction known as Alien Swirling Saucers. Smooth spins and turns make for a fun attraction that we dare you not to smile on! Outside of these attractions, Woody’s Lunch Box is a great quick-service option with tasty eats. Take in the sights and sounds of the land as you let your inner child out to play!

8. The Twilight Zone Tower of Terror

Disney’s Hollywood Studios is also home to some big thrills including the eerie attraction The Twilight Zone Tower of Terror. The attraction can be found at the end of Sunset Boulevard and is housed in the Hollywood Tower Hotel. Guests who are brave enough to enter soon learn that five individuals mysteriously disappeared after their elevator was struck by lightning. Soon enough, guests find themselves in a service elevator heading for the same fate in The Twilight Zone.

One of the most beautiful and largest attractions in Walt Disney World is Kilimanjaro Safaris in Disney’s Animal Kingdom. The attraction is found in the Africa section of the park and brings guests into the Harambe Reserve for a two week safari featuring up close encounters with animals like giraffes, zebras, cheetahs, lions, elephants, and hippos. Since the animals are free to roam, guests are sure to enjoy a different experience every time, making Kilimanjaro Safaris an amazing attraction.

10. Festival of the Lion King

Also found in the Africa section of Disney’s Animal Kingdom is a live show which is considered by many to be Broadway caliber. The Festival of the Lion King features familiar characters from the classic Disney animated film brought to life with music, dance, aerial ballet, acrobatics, and fire dancing. The Festival of the Lion King is an absolute must do in Walt Disney World and is only performed several times each day, so guests should be sure to consult a times guide for show times.