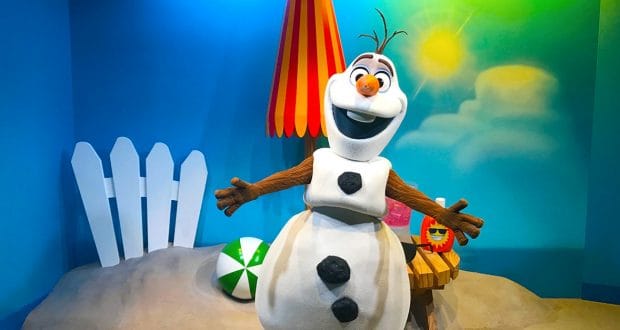 Hollywood is calling, and you must answer! Hollywood Studios at Walt Disney World in Florida, that is. There’s lots to do in this park. From shows and rides to interactive attractions and a fabulous nighttime spectacular, there’s something for everyone. And while we are on stand-by for the long-awaited opening of Toy Story Land, the show must go on. Here are 20 tips and secrets to use at Hollywood Studios to make the most of your time in the park.

20. All the thrill rides have height requirements.

Do you have a little one who’s also a thrill junkie? If he’s not 48 inches tall, he won’t get to ride Rock ‘n’ Roller Coaster Starring Aerosmith. He might have better luck riding the Twilight Zone Tower of Terror and Star Tours if he’s at least 40 inches tall. If he’s shorter than that, look forward to next year maybe, and enjoy all the other attractions at Hollywood Studios for now. Please don’t ask a Cast Member to “look the other way.” These restrictions are in place for the safety of all Guests.

There are so many characters to meet at Hollywood Studios—you could spend several hours just meeting characters! Star Wars characters meet Guests at Star Wars Launch Bay—meet Chewbacca, Kylo Ren and even BB-8. (None of the Star Wars characters sign autographs.) You can meet Mickey and Minnie, dressed to the nines, at Red Carpet Dreams near the entrance of the Sci-Fi Dine-in Restaurant. Meet Woody and Buzz at Woody’s Picture Shootin’ Corral at Pixar Place (my favorite character encounter of all!) Meet other characters as well. Check characters, their appearance times and their locations on the My Disney Experience app.

18. “For the First Time in Forever: a Frozen Sing-Along” is not cheesy or corny.

This fabulous theatrical shows combines the story of Frozen with comedy and a community sing! You’ll even get to see Queen Elsa, Princess Anna and Kristoff. Stay until the very end when Queen Elsa gives the audience a big surprise!

17. Get your FastPass+ time early for Toy Story Mania!

This ride-through series of carnival games is a blast. Yes, you can believe the hype! But get your FastPass+ early because they go fast for this fun family attraction. Don’t wait until the week before your trip because during peak season, there won’t be any times available.

If you’re planning to be at Hollywood Studios anytime after June 30, 2018, you’ll want to start practicing your people skills now so that the two and three hour waits in the queues won’t drive you crazy! Toy Story Land has been anticipated for years, and you can expect it to be very crowded, as most new attractions and lands are in the first several months after they open. If you go expecting the crowd, it can make the busyness of the new area more palatable.

15. The shows are worth your time!

Shows like Fantasmic!, Beauty and the Beast Live on Stage and the Indiana Jones Epic Stunt Spectacular are a few of the shows at Disney’s Hollywood Studios, and they are worth your time to either secure a FastPass+ or wait in the queue for the chance to experience them. Disney’s entertainment is world-class, and these productions are no different. Enjoy!

This fantastic exhibition tells the story of Walt Disney from his childhood to present-day, when “Disney” is a household name. See artifacts, photographs, models and other items that tell Walt’s story. It’s a great experience for the whole family, and not one to be missed.

13. Look for the key at the Muppets attraction.

See the Muppets in action (with all their silliness and antics) at Jim Henson’s MuppetVision 3-D. When you enter the building that houses the attraction, you’ll see what looks like a ticket booth to your right just inside the door. The sign on the window says, “Back in 5 minutes. Key is under mat.” Look at your feet and you’ll see a doormat in front of the ticket booth. Lift it up, and there’s really a key there!

12. Beware the Citizens of Hollywood!

This improv troupe is actually a lot of fun! But if you’re not familiar with Disney’s Hollywood Studios, you might be surprised to find yourself in the middle of one of their street skits. This group impersonates Hollywood’s greatest stereotypes. They are fun to watch, and yes, they’re talking to you!

11. Tour the hotel, even if you’re too chicken to ride the ride!

Even if you have no plans to ride the Twilight Zone Tower of Terror, go through the queue with the members of your family who are riding it. The inside of the hotel lobby is something to see. Everything is as it was on that fateful night in October 1939 when a lightning bolt struck the building. This is one of the best queues at Disney World because it illustrates the story behind the attraction so well!

You’ll want to book this dining experience via the My Disney Experience app months before you visit the parks. It’s very popular and books up quickly during peak seasons. You’ll love eating in the “automobooths” at Disney’s version of a drive-in theater. Enjoy burgers, milkshakes, fried pickles and more while clips from sci-fi movies and cartoons play on the big screen. It’s a hit with Guests!

This fun family restaurant will have you minding your manners at mealtime. Your server calls herself “Aunt,” and serves up comfort food like pot roast, fried chicken and mashed potatoes. Sit at 1950s-era tables and chairs while clips from 1950s sit-coms play on the television sets. But remember to eat your green beans! Your aunt means business, and she’s been known to put Guests in the corner for not eating those veggies fast enough!

8. Take in the architecture.

There are so many buildings and storefronts at Disney’s Hollywood Studios. Some of the architecture is really remarkable. There’s even a storefront that looks like the Carthay Circle where Disney’s Snow White and the Seven Dwarfs premiered in 1937.

6. Beware the corkscrews when you’re rockin’ and rollin’!

Rock ‘n’ Roller Coaster Starring Aerosmith is one of the most popular rides at Disney’s Hollywood Studios. Both don’t be fooled by this coaster that’s completely in-house—there are plenty of surprises—including loop-di-loops, corkscrews, sudden drops, twists and turns. This is definitely the craziest ride you’ve ever taken on the way to a concert!

5. Be on the lookout for Hidden Mickeys!

Hidden Mickeys abound at Disney’s Hollywood Studios! Here are some clues—the Cover Story Store on Hollywood Boulevard, the Sunset Ranch Market, the tables at 50s Prime Time Café and the table tops at the Tune-In Lounge. Can you find them all?

4. The Brown Derby is pricey. Here’s how to have your cake and eat it too!

The Brown Derby is a little expensive for some families’ tastes, and though kids are welcome, it’s not the first restaurant at Disney that comes to mind when you think of family dining. Here’s how to experience it without breaking the bank or having to sit too long—have dessert! Desserts at the Brown Derby are wonderful!

This is the only park where you can meet Olaf. You can catch him at the Celebrity Spotlight. Don’t miss this opportunity.

2. If you aren’t staying for Fantasmic! or Star Wars: Galactic Spectacular leave early.

If you have already seen Fantasmic! or Star Wars: Galactic Spectacular, or if you just didn’t plan to stay for these nightly entertainment options on the day you’re at Hollywood Studios, you’ll probably want to exit the park shortly before the shows are over. When Guests exit the Fantasmic! amphitheater or hub in front of the Chinese Theater, it gets extremely crowded and many of those Guests exiting head for the entrance to call it a night. If you’re heading out then too, you may have a wait some time for a bus to your resort or a tram to your car.

As we eagerly await the opening of Toy Story Land, it’s safe to say that some Guests can easily see what they want to see at Hollywood Studios in half a day. If you have the Park Hopper option on your tickets, this is a great park to hop to and hop from.