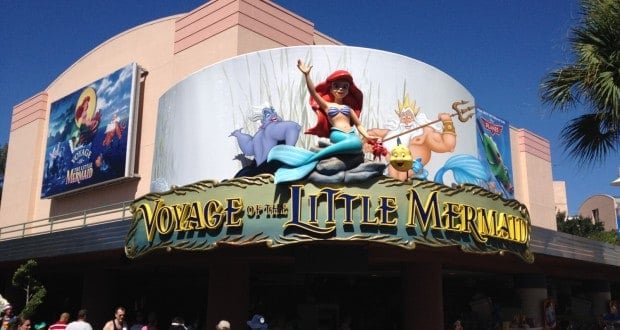 It’s Tough to be a Bug is a great show, although it could use some updating. While this show is entertaining, I would not complain if some slight updates were made. Ideally, I would at least rework the queue line, maybe to be interactive or maybe to have some more details for the show specifically. I love how the queue gives guests an up close view of the animal carvings in the tree of life, but the line itself is much longer than it needs to be for the amount of guests that are ever in line for this attraction, so something could be done to make a pre-show to this attraction.

The Carousel of Progress is one of my favorite attractions, although the last show scene could definitely use an update. This classic attraction is one of Walt Disney’s own, which debuted during the 1964 New York World’s Fair, is always one of my favorites though it’s become very dated. The last scene of the show goes up to what we can only guess is the 1990s, with virtual reality video games and voice automated kitchen appliances. The clothing styles, décor of the home, and conversations the characters have about everything becoming automated also suggest that this scene is very dated. This show needs an update simply because the final scene is meant to depict the future, but in its current state it really only depicts the recent past. Fortunately I don’t think this scene takes anything away from the show as a whole, and I still make a point to see it once every trip, though I would still like to see the last scene receive an update.

Muppet Vision 3D is one of my favorite 3D shows at Walt Disney World, although there are a couple of reasons why I think it could use some updates. While the show is not entirely dated, in the same way that the Carousel of Progress is, some slight changes could easily be made, or an entire new movie could be made using the same characters. It’s nice to see that the pre-show has been updated to reflect some of the more recent Muppet films, however with such the wide array of characters and storylines related to the Muppets, there are so many ways that this show could be changed or updated.

2. Beauty and the Beast Live on Stage

Beauty and the Beast Live on Stage is by no means a bad show, it is however very dated and I would love to see it receive an update. I definitely want this show to stay around for years to come, I just feel like it is the same exact show as it was when I saw it in the 1990s, and it just needs to be well, updated. I don’t mean to say anything against the talent of the cast, to me it’s more the overall style and set design that has hardly changed since the show’s premiere. Some of the costumes especially just scream 90’s to me, such as the hot pink dresses that are worn in a couple of the scenes. A few simple updates would definitely be useful in keeping this show fresh while not straying from the original, and classic storyline of Beauty and the Beast.

1. Voyage of the Little Mermaid

I hate to say anything negative about shows at my favorite theme park, but unfortunately I can’t find much that doesn’t need updating at the Voyage of the Little Mermaid. The design of the show as part movie and part live action has a lot of potential to work really well, but for me it doesn’t really work during this show. I think that the projected movie screen is pretty grainy, which might have been fine for when the show first came out, but today it just seems like bad show. I also think the costuming and other set designs could be updated. As an aside, the scene with Ursula is also terrifying, where her cackling face appears on the walls of the theater surrounded by laser projection. And on a positive note the Under the Sea scene is pretty well done with the black light and neon characters. I would love to see this show stick around for a while longer, I just think that it is in need of such an upgrade for me to want to see it on a regular basis.