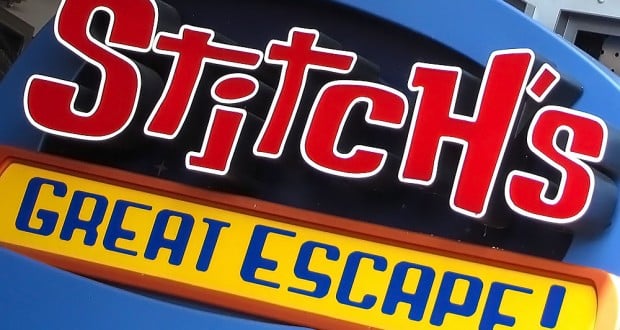 6. Dragon at Fantasmic
If you’ve ever been to Disneyland, and seen the West Coast’s version of Fantasmic, you’ve probably noticed that their dragon is far superior to the dragon in the Florida version of the show. Where the Disneyland dragon appears to have a full body, its Florida counterpart appear to really only have a head and wings, and the crane and other props that make up the dragon can be very clearly visible depending upon where you’re seated for the show. I’m not quite sure why Disneyland’s dragon is so superior, however I would be all for an update than included a redesign of Florida’s dragon to make it appear more realistic.

5. Muppet Vision 3D
Muppet Vision 3D is one of my favorite shows on Disney property, so I’m really not trying to bash the show here but it really could use an update. One major issue I have with the current show is that the storyline makes the 3D technology seem much newer and mysterious than it actually is. The plot is cute, and it works well for the show, however it’s just a little bit dated. The most dated part of the show comes in the final scene, when guests are treated to a view of the streets of Hollywood Studios, or should I say MGM from the mid-1990s.

4. Ending of Spaceship Earth
Spaceship Earth is my favorite attraction in all of Walt Disney World, and as a fan of previous versions of the ride, the current ending that is focused around the touch screens in the ride vehicles really gets on my nerves. Not only do I believe that the prior versions of the ride were better, but I feel like scenarios played out on the screens get really old really quick. I do think it’s cool how it’s more interactive and that it incorporates your ride photos into the attraction, but I miss the old descent before the screens were added.

3. Voyage of the Little Mermaid
Voyage of the Little Mermaid has been a fairly prominent show over at Hollywood Studios for years. There’s no denying that the show is a hit, although I do believe that it could use at least a couple of updates. The Under the Sea scene is really well done, but I feel like the show uses film footage for time than it should, and Eric, as such an important character should at least have some more speaking lines.

2. Ellen’s Energy Adventure
Where do I begin with Ellen’s Energy Adventure? I love the preshow for this attraction, but not so much the ride itself. Although the preshow is extremely dated, I believe it still works because nothing substantial has changed about Jeopardy since the attraction opened. Could the preshow be updated? Definitely, but to me, it’s currently my favorite part of the attraction. I take real issue with the rest of the ride. To be frank, this attraction is way too long, and that’s where I feel the updating really needs to take place. Although the concept of the attraction is pretty outdated, I just get so bored watching the audio animatronic dinosaurs in such slow motion, and so I just wish there was a way to improve this experience.

1. Stitch’s Great Escape
Stitch’s Great Escape is probably known for being the unofficial worst attraction in Walt Disney World. Considering this, you might find it surprising to know that I don’t just want it to close up and go away forever, I just want it to have an update. I think the preshow has a lot of potential, and Stitch is such a fun character that there’s also a lot of potential for him to be the star of a very entertaining attraction. In my opinion, Stitch’s Great Escape was poor execution of an attraction based on such an entertaining character. At the very least, I just wish that horrible chili dog burp would go away. I understand that the point of the attraction is quite literally that Stitch has escaped, however I could really do without him burping in my face while I’m “trapped” inside the theater. 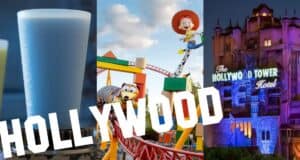