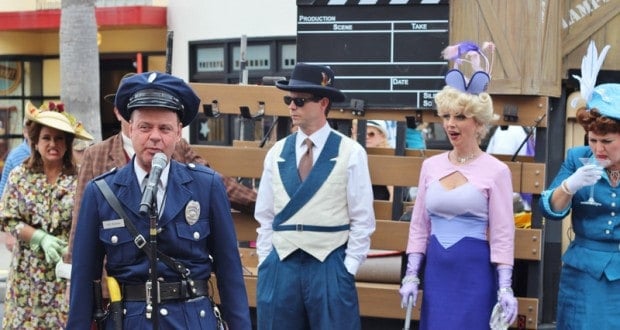 While devout Disney fans will usually make time for the water parks, it sometimes takes people a couple of trips to actually getting around to doing them. I had this problem when I first started visiting Walt Disney World. We didn’t have enough time to get everything done that we had wanted to do in the theme parks, so doing the water parks was always put on the backburner. Now that I’ve been to the parks a lot more, I appreciate the water parks more than ever before, and I try to go once per trip. I can totally understand the dilemma of not wanting to spend time at a water park when you haven’t done everything you wanted to do in the theme parks, but if you do find you have the extra time, the water parks are well worth visiting.

So many guests overlook Disney’s expansive recreational offerings in favor of hitting the parks instead. This makes perfect sense, however some of the recreation at Walt Disney World is so unique and completely worth making the time to do. Disney has a variety of places to go fishing at, and if you’re a golfer the resort is also home to two award winning golf courses that have been part of the PGA World Tour. In addition, there are a number of water sports and other recreational offerings available that more often than not are overlooked by most people.

Street performers are most often overlooked by guests in the theme parks because they miss their performances in favor of rushing to rides instead. Unlike some amusement parks you might be familiar with, Disney is not all about rides. Disney is a theme park, not an amusement park. A theme park immerses the guests into theming so elaborate they are transported into a different world. Street performers add a lot to this theming, and they can be really entertaining. The next time you’re in the Magic Kingdom and the Dapper Dans come out, or in Hollywood Studios and Citizens of Hollywood is performing, just stick around and watch them for a little but—you’ll be happy you did.

In my opinion, there is a good amount of underrated restaurants at Walt Disney World. For starters, I would say that Kona Café at the Polynesian, and the Grand Floridian Café at the Grand Floridian, are vastly underrated, especially by guests who are not staying at those resorts. When you’re booking your dining reservations, spend some time going through the menus and looking for places you think you’ll enjoy. Sometimes the restaurants that might not be the most popular will turn out to be your favorites.

2. Sorcerers of the Magic Kingdom

Sorcerers of the Magic Kingdom is the interactive card game that takes guests on a scavenger hunt of sorts to different portals throughout the park to defeat Disney villains. The game is fairly similar to battling Pokémon cards, though I would argue that it’s much more interactive. I think that Sorcerers of the Magic Kingdom is actually really entertaining, and I’m kind of surprised that it isn’t more popular than it is.

You can take a short drawing class to learn how to draw your favorite Disney characters at the Art of Animation resort. The Draw Class  is typically available from Thursday to Monday at Disney’s Art of Animation Resort. It doesn’t matter if you’re a professional artist, or if you’ve never drawn anything substantial before. The instructor will make the drawing easy to do for any level, and you’ll be sure to be pleasantly surprised with whatever you end up going home with.