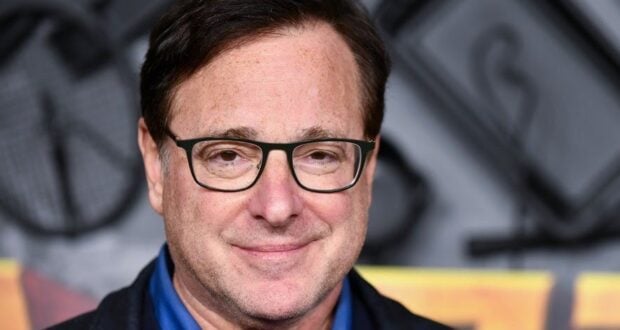 Several sources are reporting that actor Bob Saget has died at the Ritz-Carlton Orlando, Grande Lakes. He was 65 years old.

The Orange County Sherriff’s Office reported the following on Twitter

Earlier today, deputies were called to the Ritz-Carlton Orlando, Grande Lakes for a call about an unresponsive man in a hotel room. The man was identified as Robert Saget & pronounced deceased on scene. Detectives found no signs of foul play or drug use in this case.  #BobSaget 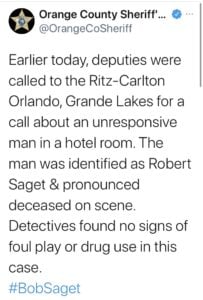 Saget is best known as Danny Tanner, the widowed father of three young girls on the ABC series ‘Full House’. The show ran on ABC for eight seasons, from 1987 to 1995. 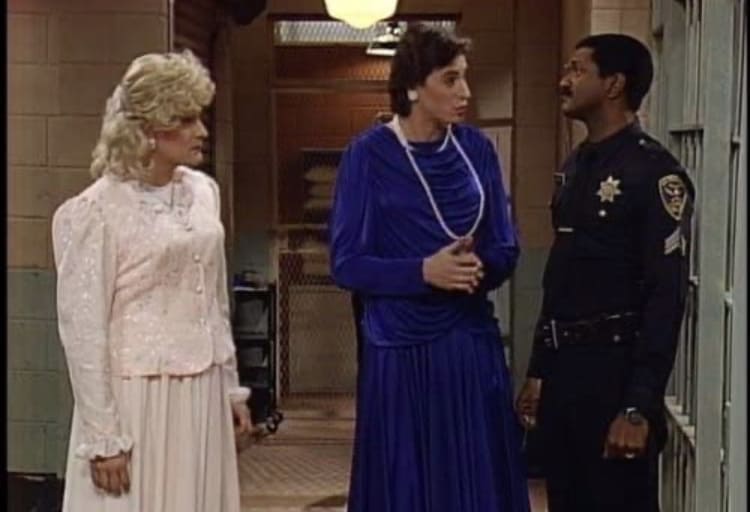 The character of Danny Tanner was reprised by Saget on the sequel series ‘Fuller House’, which ran on Netflix for five seasons, from 2016 to 2020. The focus of ‘Fuller House’ was the now-adult children, Saget was as a guest star instead of a regular.

Another television show that Saget was known for was ‘America’s Funniest Home Videos’. He was the host of the long-running series from 1989 until 1997. 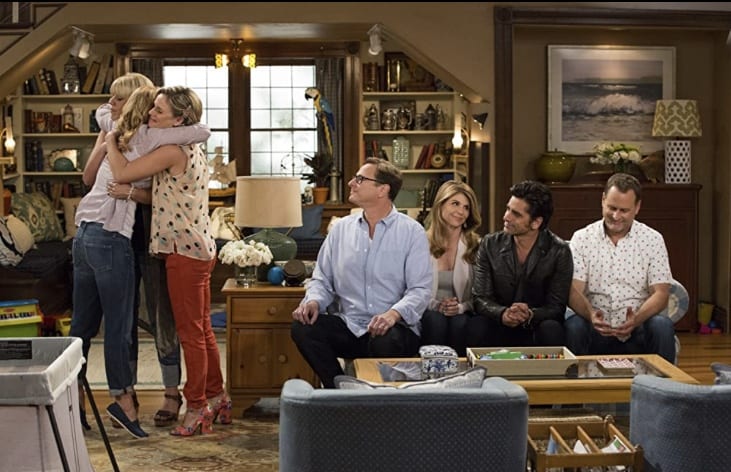 While Saget played characters with a squeaky-clean image, his standup comedy was another story. His routine was known to be strictly for an adult crowd.

Saget’s last performance was in Jacksonville, Florida on Saturday, January 8. Saget then tweeted about the show at 3:42 A.M. He said:

Loved tonight’s show  @PV_ConcertHall  in Jacksonville. Appreciative audience. Thanks again to  @RealTimWilkins  for opening. I had no idea I did a 2 hr set tonight. I’m happily addicted again to this (expletive). Check http://BobSaget.com for my dates in 2022. 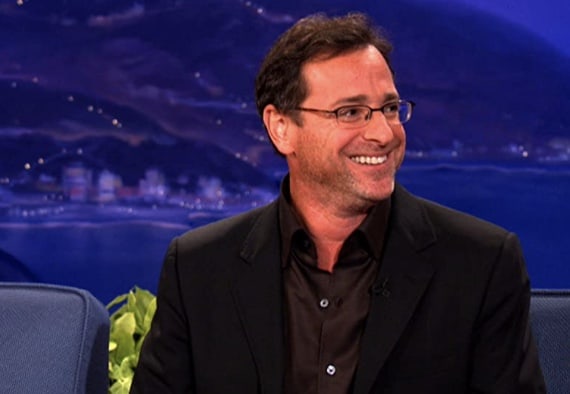 He had performed at Hard Rock Orlando on Friday, January 8. That was the first date of his tour.

Bob Saget was born on May 17, 1956 in Philadelphia, Pennsylvania. In addition to acting and standup comedy, he was a board member for the Scleroderma Research Foundation. His sister was diagnosed with scleroderma when she was 43, and died at the age of 47.

Our condolences to Saget’s family and friends.