August Recap- All the News You Don’t Want to Miss

You wouldn’t think that August would be a busy month for Disney news, but this month was filled with breaking news we never saw coming.  Take a look at our recap of all the news that August brought to us from Walt Disney World.

It was fantastic to see Animal Kingdom Lodge welcome guests once again.  The main resort had been closed since 2020 with only the Disney Vacation Club section opened to guests.  Now the whole resort is back and fully opened with Boma, Mara, the pools and everything else we love about Animal Kingdom Lodge back and better than ever. 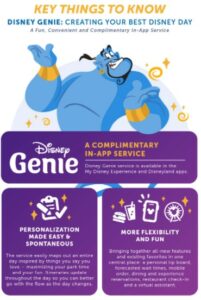 Let’s get the biggest news from August out right away- the announcement of Genie, Genie+ and Lightning Lane.  Guests have been asking for a while now when fastpass+ would be returning to Disney World.  With the increase in crowds, fans were anxiously awaiting what Disney’s plan would be.  We got the answer in the form of Disney Genie, Genie+ and Lightning Lane.  Disney Genie was announced previously as an addition that would be coming to My Disney Experience.  This feature would help guests plan their vacation in real-time.  Suggestions for rides and entertainment would be provided while in the parks.  The two new features we weren’t aware of that Disney announced were Genie+ and Lightning Lane.

Genie+ will be a paid feature at $15 per person, per day that will give guests Lightning Lane access (the new Fastpass lane) to more than 40 Disney World rides.  This is similar to what we saw in Disneyland with MaxPass, but purchasing ride access is a brand-new concept in Disney World.

Finally, guests will have the option to purchase individual rides not included in Genie+, think al-acarte, for an additional price.  This pricing hasn’t been announced yet but we do know it will include rides such as Rise of the Resistance and Remy’s Ratatouille Adventure.  We will have to wait to learn more about how this Lightning Lane option will work.

This announcement was definitely the biggest of the month and still leaves us with more questions than answers.

We have been anxiously awaiting the opening of Space 220 for years now, but Disney has officially announced that this highly anticipated restaurant will be opening mid-September.  That’s right, after years of waiting we have a date- sort of.  Disney released the mid-September date along with new pictures showing the inside of the restaurant where guests will dine 220 miles above Earth.  No dining reservations are being made at the time, so we are holding out hope that mid-September happens.

If you loved going to buffets at Disney World, you can once again do so at select dining locations.  Following the reopening of the parks, Disney moved away from buffets and elected for family-style or a prefix menu.  With the opening of Disney’s Animal Kingdom Lodge, we saw Boma reopen and offer the first buffet since 2020.  Although procedures are slightly different (more cast members to help) guests can once again enjoy buffets at Boma, Biergarten and Crystal Palace for lunch and supper.  We look forward to seeing if Disney continues to have dining locations such as Chef Mickey’s, Tusker House and others return to buffets or keep their current style.

Disney has done an excellent job since reopening trying to keep guests and cast members safe while having a magical time.  With the rise in cases in Florida, Disney elected to adjust their masks policies once again this month.  In July, Disney required that all guests two and up wear masks indoors including throughout all attractions and queues.  August saw the requirements lessen slightly as masks were optional in outdoor attractions, outdoor queue areas as well as in the outdoor theaters.  Disney continues to allow the policy to be adjusted and changed in order to keep everyone as safe as possible. 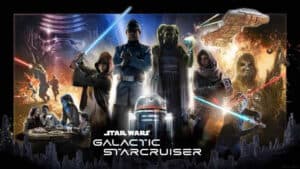 Star Wars fans can’t wait until the new Galactic Star Cruiser opens Spring of 2022.  They might have been slightly surprised however when Disney released pricing for this adventure.  Guests will become a part of the storytelling during this 2-night experience that includes a trip to Batuu.  Start saving your pennies though because this isn’t going to be a cheap experience. 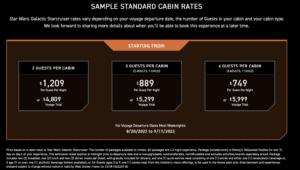 When Epcot’s International Food and Wine Festival opened back in July, we were told that additional booths would open on October 1st to celebrate the 50th anniversary.  We were surprised and pleased to see some of these open earlier.  Seven of the nine booths opened earlier, giving guests even more delicious options at the festival.

Get Ready for Christmas

Many of us might not even be ready for fall, but Disney is talking about Christmas already.  Disney’s Very Merriest After Hours will be a new holiday experience coming to Magic Kingdom.  On select nights from November 8th to December 21st, guests can enjoy a holiday celebration at Magic Kingdom for three extra hours.  We are thrilled that the new event will include a showing of Minnie’s Wonderful Christmastime Fireworks, Mickey’s Once Upon a Christmastime Parade, and more.

Annual Passes Are Back

Disney fans rejoiced during the last week of August as Disney announced that Annual Passes are back.  Guests will be able to start purchasing passes on September 8th and they now include : Incredi-Pass, Sorcerer Pass, Pirate Pass, and Pixie Dust Pass.  The Disney Incredi-Pass is the most expensive of the bunch at $1,299 plus tax. This pass option has NO blockout dates and you can hold up to 5 park reservations at one time.  This is the only Annual Pass for non-Florida residents.  This is great news for those heading down for the 50th.  Read more HERE about all the options.

Riding Rise of the Resistance- Without A Boarding Pass

Another big shocker this month was seeing guests in Disney’s Hollywood Studios get to ride Rise of the Resistance WITHOUT the coveted boarding pass.  Typically guests need to obtain a boarding pass either at 7 am or 1 pm in order to ride the ride.  For the first time probably since opening, the 1 pm boarding passes didn’t go in seconds and guests were able to ride after 7 pm without a boarding pass.  Crowds were extremely low during this time and we don’t expect this to be a normal occurrence, but we can hope.

There are all the big news stories that came out of August.  Which of these were the most surprising to you?