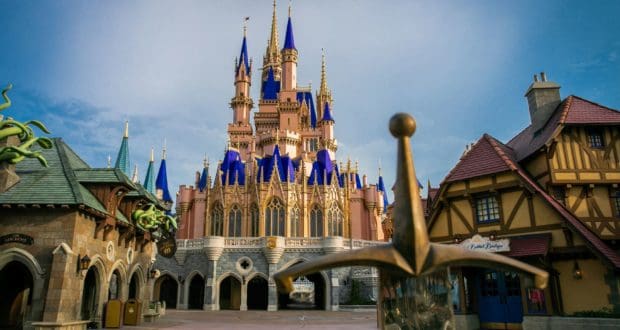 Following the 50th anniversary celebration October 1st, we were surprised to see even more announcements hit the Disney news waves last week.  Since closing in March 2020 and then reopening in July 2020, it seems like each week brings us new information when it comes to Disney World and we are thrilled to see so much coming back and so many new offerings coming in the future.  It is great to know that the magic is back and will keep growing.  Here are some of the big news stories that hit last week. 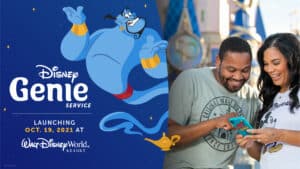 The biggest news story that was dropped last week, actually on Friday the 8th at 4 pm EST, was that Disney Genie and Genie+ will be coming to the theme park at Disney World starting on October 19th.  This includes all three options that come along with Disney Genie.  Genie is a FREE planning service that all Guests will be able to use on their smartphones.  This service will help Guests by suggesting what rides and experiences they might want to choose based on the theme park wait times.  Genie+ is going to be a paid service ($15 per day, per person) that will allow Guests to skip the regular stand-by line by using the new Lightning Lane at select attractions.  Genie+ will allow Guests to choose one ride at a time from the variety of rides available.  Finally, Guests will be able to start using the individual attraction selection during this time as well.  These are pay-per-ride options that can range from $7 to $15 per ride depending on time of year as well as the ride itself.  In each theme park, there are two attractions that are part of this individual ride option.  Guests can choose to do both Genie+ as well as this feature or one or the other.  We were surprised to see this come quickly this month and look forward to seeing how it will help Guests with their vacation planning.

We were thrilled when Disney announced that the new Galactic StarCruiser would be opening on March 1st,  2022 to Guests.  This new hotel experience is going to be like nothing ever experienced before at Disney World.  Guests who booked a room here will experience a 2-night immersive adventure.  The experience will include a trip to Batuu where Guests will enjoy Docking Bay 7, Millennium Falcon as well as Rise of the Resistance.  This past week, both Annual Passholders as well as DVC (Disney Vacation Club) members were able to book their adventures.  As you can imagine, this experience is not a cheap one.  We have already seen pricing starting at anywhere from $4809 to $5,999 for a two-night experience.  There were no discounts available for DVC or AP members.  For DVC members wanting to use their points, they were looking at almost 300 points PER adult compared to an average of around 15 points for most rooms.  We will be interested to see how this Disney hotel does moving forward but it will probably sell out quickly even with the high price tag. 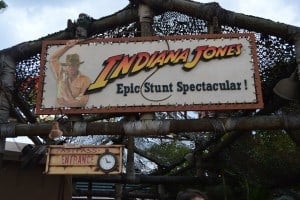 When Disney World reopened it was without a lot of the live-entertainment that we have grown to love over the years. We have been excited to see more and more of these live-action shows returning such as Beauty and the Beast and First Time in Forever: A Frozen Sing-Along both in Disney’s Hollywood Studios.  Disney announced that even more entertainment will be returning to Disney’s Animal Kingdom.  Chakranadi and Kora Tinga Tinga will both be back in the streets of Africa and Asia to once again perform for Guests visiting the theme park.   It will be so nice to have this music and entertainment return to the streets once again.  It was also announced that Tam Tam Drummers will be coming back to Africa to Disney’s Animal Kingdom.   Also coming back on December 19th, 2021 will be Indiana Jones Epic Stunt Spectacular to Disney’s Hollywood Studios.  This show hasn’t been discussed since the parks closed back in March 2020.  Guests will once again take a look at some of the stunts used in the beloved show Raiders of the Lost Ark.  We are grateful that so many of our favorite Disney entertainers are coming back to the theme parks and we can’t wait for more to be added in the future as they truly bring the magic to the theme park. 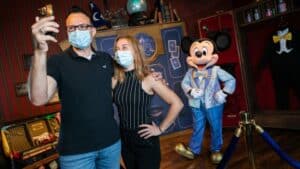 Something that has been missing since the parks reopened has been character meet and greets.  We are glad that Disney World has gotten creative with getting the characters out in the theme parks, but we miss our one-on-one interactions with our favorite characters.  Disney announced that moving forward we can expect new, modified meet and greets.  Although we won’t be able to get hugs or autographs, we will have individual time with the characters.  Disney has released that we can expect Disney Princesses to return to Princess Fairytale Hall in Magic Kingdom, Minnie Mouse at the Red Carpet Dreams and the Disney Junior characters in Disney’s Hollywood Studios.  Finally, Mickey Mouse will be back at the Town Square Theatre on Main Street, USA in Magic Kingdom.   Even though we have loved some of the unique interactions we have had with characters such as Joy and Winnie the Pooh in EPCOT, we are thrilled that we will once again be able to chat with some of our Disney friends.

It has been fun to see all the news over the last few months regarding new experiences that are coming to Walt Disney World.  We can’t wait to see what other magic will be coming in the future.  What you are you the most excited about when it comes to the Walt Disney World Resort?