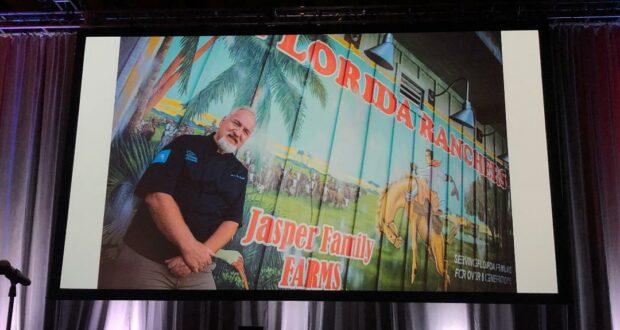 We were able to see a panel that Chef Art Smith held at the DIS Family Reunion. That was a two day event that benefited Give Kids The World Village. During his 45 minute session, the celebrity chef shared stories from his life and his career. 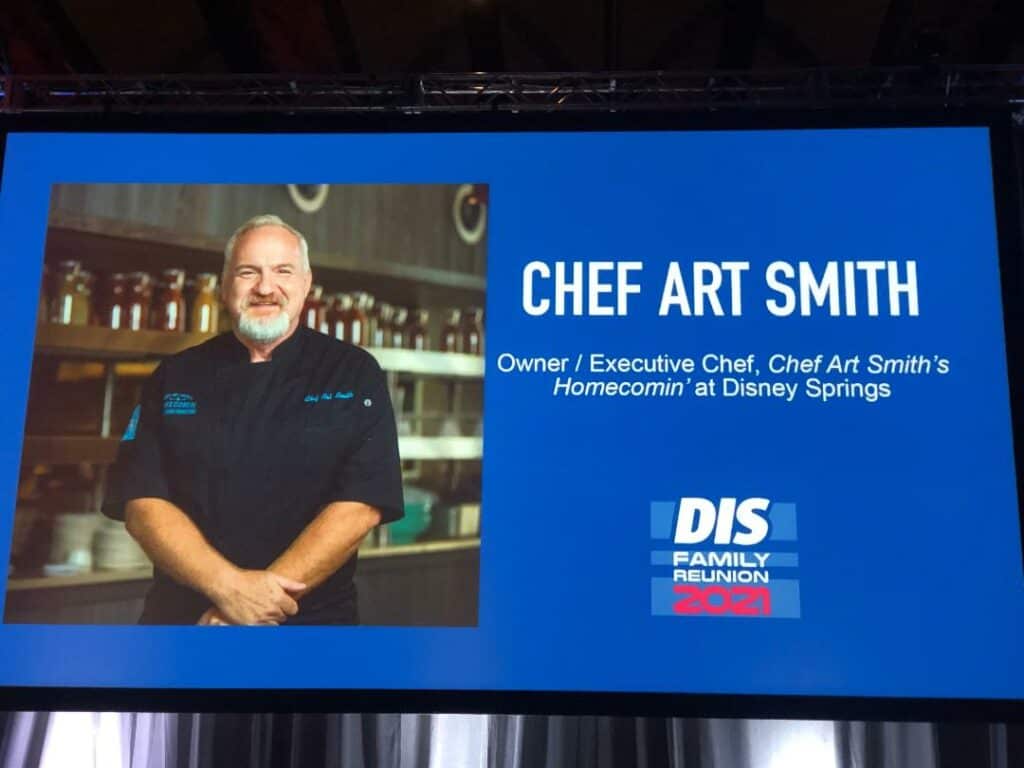 Art Smith grew up in Florida. He talked about how fascinated he was when he visited Walt Disney World for the first time. When he was in college, he learned about the Disney College Program. He applied and he was accepted. He joked that at his interview he told them that all he wanted to do was to make cakes. 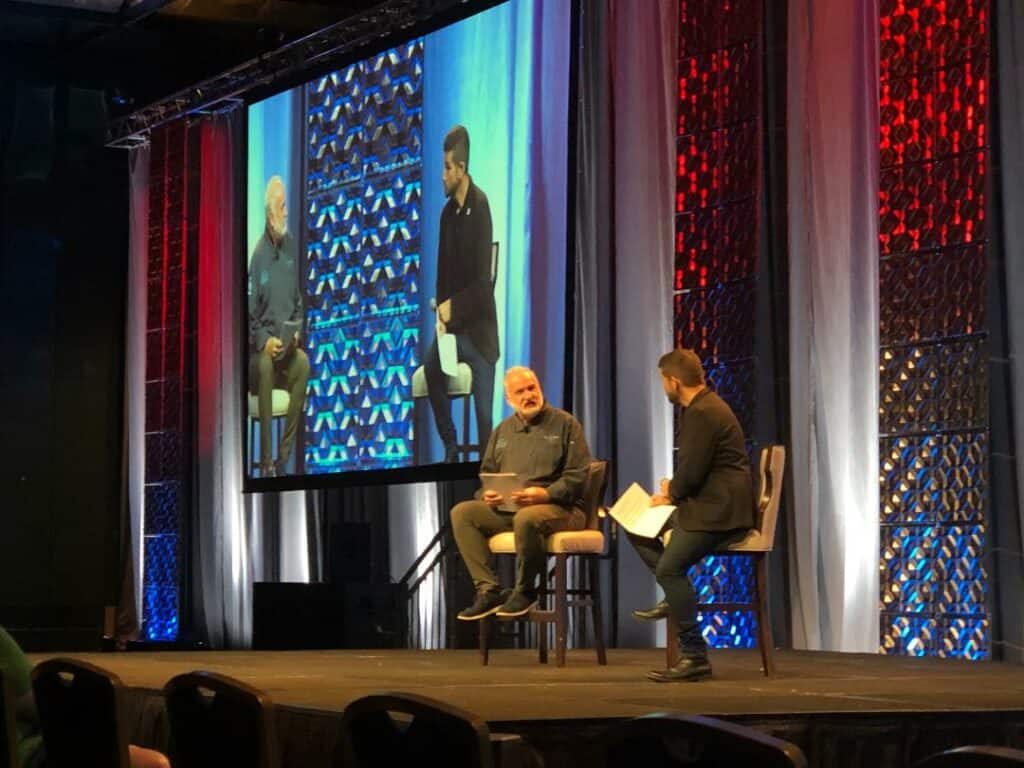 Once his career was up and running Chef Smith became known for his fried chicken. He also is proud of his hummingbird cake. He has appeared on “Top Chef” and other cooking shows. He has worked for several celebrities, including Oprah Winfrey. He joked that if Oprah calls and wants you to cook for her, you drop everything. He spoke fondly of his time working for her, and also mentioned cooking for presidents and other celebrities. 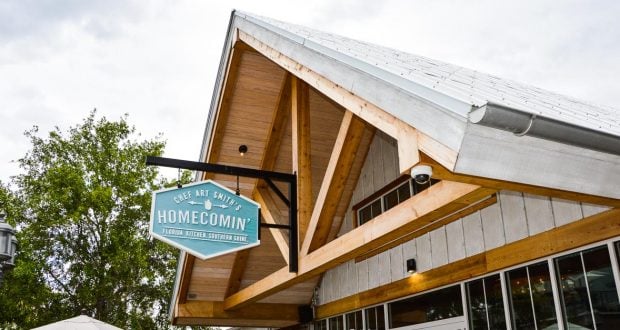 Of course Chef Art Smith is known at Walt Disney World because of his restaurant Homecomin’. He explained that having a restaurant at Disney Springs really is coming home for him. He said that he wishes that they could expand on the restaurant, but knows that there isn’t the space to do it. He also told the audience that he has no plans to open a similar restaurant elsewhere. He loves the unique location and theme of Homecomin’, and has no desire for it to become a chain. 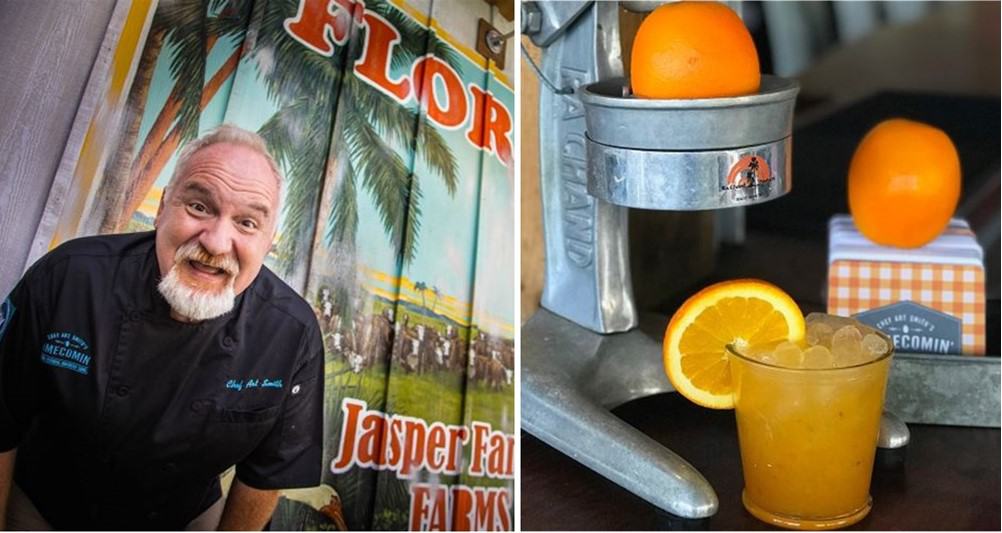 When asked if there was anything that he would change, Chef Smith said that there was one thing that he wanted for Homecomin’ that never happened. He said that he wanted fireflies and the sound of crickets in the outdoor areas. He hopes that someday Disney will make this happen. It was interesting to learn a little bit about Chef Art Smith and his background. The fact that it was part of a fundraiser for Give Kids The World made it even more special.