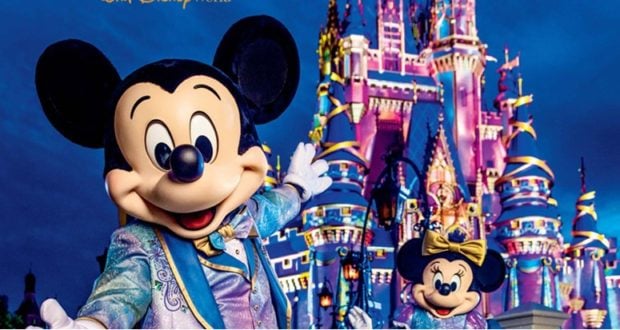 Walt Disney World is gearing up for their grand 50th Anniversary where they will hold “The World’s Most Magical Celebration! Magic Kingdom will debut a new nighttime spectacular called “Disney Enchantment“, EPCOT will introduce the largest Disney nighttime spectacular yet with “Harmonious“, and Remy takes center stage with his new attraction, “Remy’s Ratatouille Adventure” at EPCOT. While October 1, 2021 seems like it can’t get here soon enough, we have been fortunate to see the transformation of Magic Kingdom’s Cinderella Castle take place leading up to the 50th. In the latest addition of D23’s Magazine, we’re seeing that stunning “EARidescent” look shimmer through as promised by Disney! 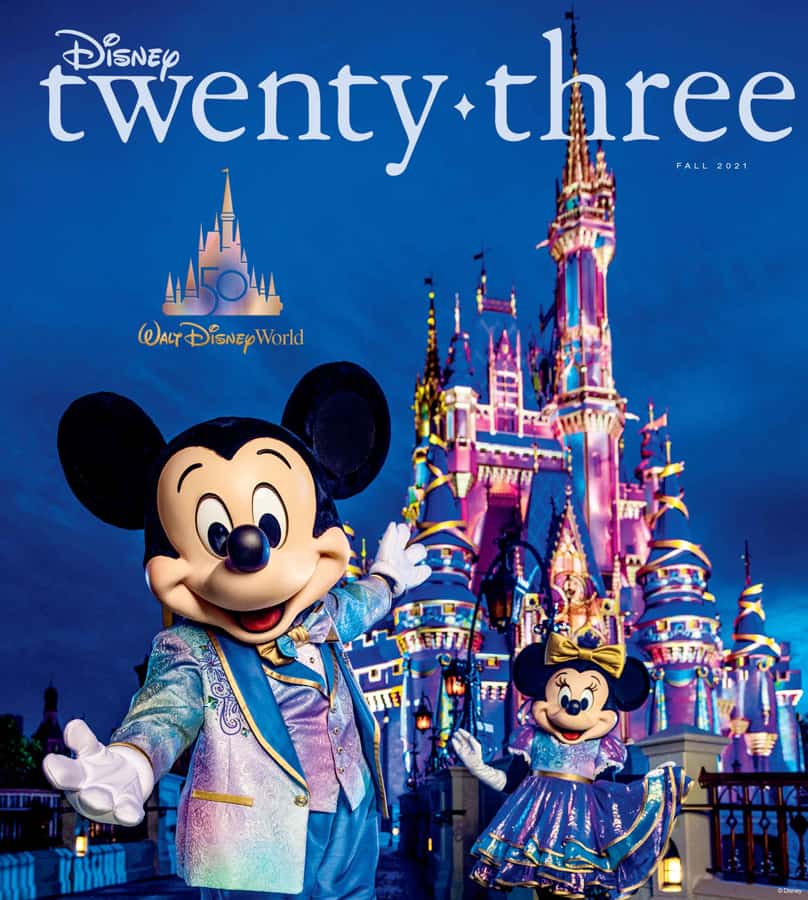 As shared by Disney: “D23: The Official Disney Fan Club is committed to bringing the latest and greatest in-depth info to their fans – especially with Disney twenty-three, their Gold Member exclusive quarterly publication. This quarter, the spotlight turns to the “The Most Magical Celebration on Earth,” showcasing 50 years of memories at Walt Disney World Resort. Stories include a deep dive into the festivities in store for guests when they arrive at the celebration, including a revealing look at the new EPCOT nighttime spectacular, “Harmonious.” Also included is a “bonus” chapter from the upcoming book “A Portrait of Walt Disney World: 50 Years of the Most Magical Place on Earth,” looking at some of the park’s most beloved entertainment through the years, as well a glimpse at classic park collectibles through the years. The front cover—featuring Mickey Mouse and Minnie Mouse in front of Cinderella Castle in their EARidescent attire—and back cover—with Remy and Emile from Disney and Pixar’s Ratatouille welcoming guests to their new attraction at the EPCOT France pavilion—were shot exclusively for Disney twenty-three.” 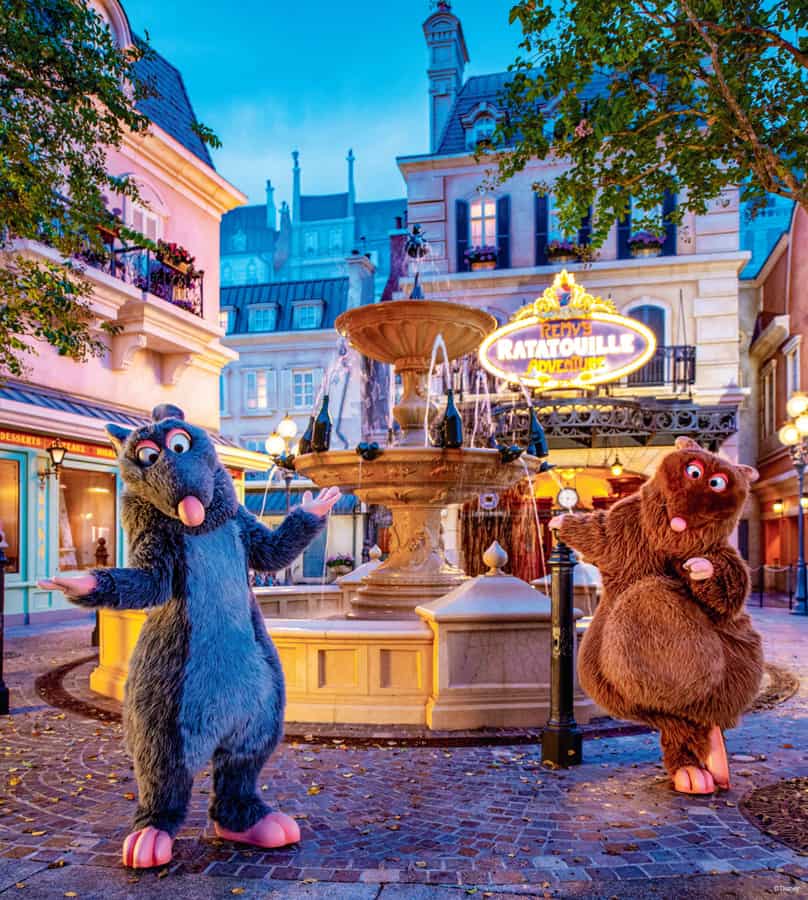 WOW – Cinderella Castle looks stunning! And yes, Remy and Emile aren’t looking so bad either! We’re all for the new “EARidescent” look in celebration of the 50th. Anyone else ready for October 1, 2021 to get here already? The celebration will last a full 18-months, so you’ll have plenty of times to visit to take it all in!