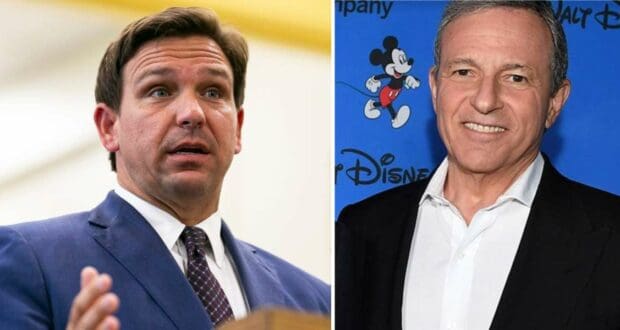 The Walt Disney Company has been dealing with an unfortunate back and forth with the DeSantis administration since earlier missteps during former CEO Bob Chapek’s role in the top executive position.

While Chapek, Bob Iger (as he revealed soon after returning to the CEO position) and many Disney fans are indeed feeling fatigued from the ongoing feud with Florida Governor Ron DeSantis, there are several consequences still being felt by both sides of the issue, including the proposed dissolution of the Reedy Creek Improvement District. And, in the days since “boomerang” CEO Bob Iger was asked where the company stands on the “Don’t Say Gay” controversy during a town hall meeting with Cast Members and employees, DeSantis has been asked to respond as well.

When commenting on the controversial law that kicked off the company’s feud with the DeSantis administration and the future of the Reedy Creek Improvement District, Iger said:

I was sorry to see us dragged into that battle, and I have no idea exactly what its ramifications are in terms of the business itself. What I can say is the state of Florida has been important to us for a long time, and we have been very important to the state of Florida. That is something I’m extremely mindful of and will articulate if I get the chance.

We didn’t drag them in, Tucker, they went in on their own and not only opposed the bill, they threatened to get it repealed. These are parents’ rights, important policies in our state that are very popular, and so they brought this on themselves. All we did was stand up for what’s right. And yes, they’re a big powerful company, but you know what, we stand up for our folks and I don’t care what a Burbank-based California company says about our laws.

Bob Iger did speak out against the Parental Rights in Education bill earlier this year during his brief retirement from the company, and at a time when many Disney fans were also taking to social media expressing the lack of a similar statement from then CEO Bob Chapek.

In response to President Biden’s opposition to the bill, Iger wrote, “I’m with the President on this! If passed, this bill will put vulnerable, young LGBTQ people in jeopardy.”

I'm with the President on this! If passed, this bill will put vulnerable, young LGBTQ people in jeopardy. https://t.co/fJZBzre4yM

During the rest of Iger’s recent town hall meeting, the CEO continued to respond to questions regarding some of the changes made during his predecessor’s time in the position as items he would need to either continue or catch up on rather than formulating a new plan immediately as he had missed so much internally over the past year.

The dissolution of the Reedy Creek Improvement District was passed by the state of Florida; however, the complete details of how this will logistically impact the district beyond summer 2023 remain unclear.

We will continue to monitor the tensions between Disney and DeSantis, and will share additional information as it is available here on Disney Tips.

2022-12-01
Brittany DiCologero
Previous: Is Hand-Drawn Animation Finally Returning to Walt Disney Animation?
Next: Yet Another Video of a Guest Jumping Out of a Ride Vehicle Is Surfacing on Social Media