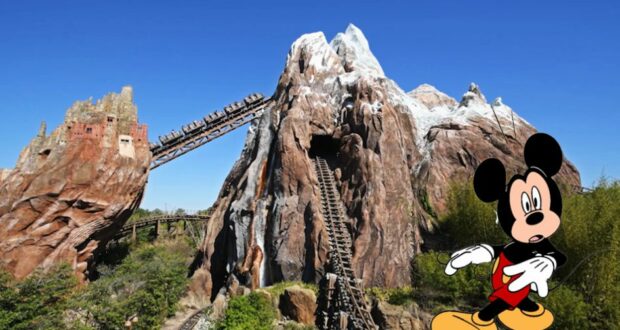 It’s time to visit Walt Disney World Resort for the vacation of a lifetime! With four impressive theme parks and beyond, there is never a shortage of Disney experiences to explore. But, before you rush off to ride the iconic Expedition Everest roller coaster at Disney’s Animal Kingdom Park… slow down and check out this secret we simply can’t unsee.

From the smallest Hidden Mickey to the fluid transition from one Disney Park land to the next, Disney is constantly thinking about the details. The intricate work within each Park shines through in many ways, but for this secret, we are dropping by the Asia portion of Disney’s Animal Kingdom.

Expedition Everest – Legend of the Forbidden Mountain looms over this area of the Disney Park. Screams are heard in the distance as Guests hold on in fear of the legendary Yeti’s wrath. The thrilling attraction is nestled beautifully across from Discovery River. But as you approach, have you ever stopped to check out the Yeti Shrine at Disney’s Animal Kingdom?

Not only is this location perfect for photos with Mount Everest as the backdrop, but the Yeti Shrine itself holds a secret design feature that now we can’t unsee.

@disneydining took to social media to share, “You are today years old when you find out the Yeti Shrine in Animal Kingdom is made to match the peaks of Expedition Everest… watch.” Check out the TikTok video below:

RELATED: The Weird Disney World Secrets That No One Talks About

Did you know about this incredible design secret?! If not, the next time you travel through Disney’s Animal Kingdom, be sure to take a moment to spot how incredible this architectural design is! Walt Disney Imagineering (like the former Imagineer Joe Rohde) truly outdid themselves.

2022-09-14
Jamie Sylvester
Previous: Could This Beloved Entertainment Return to Disney’s Animal Kingdom?
Next: Tips & Tricks For Staying Outside of the Walt Disney World Resort